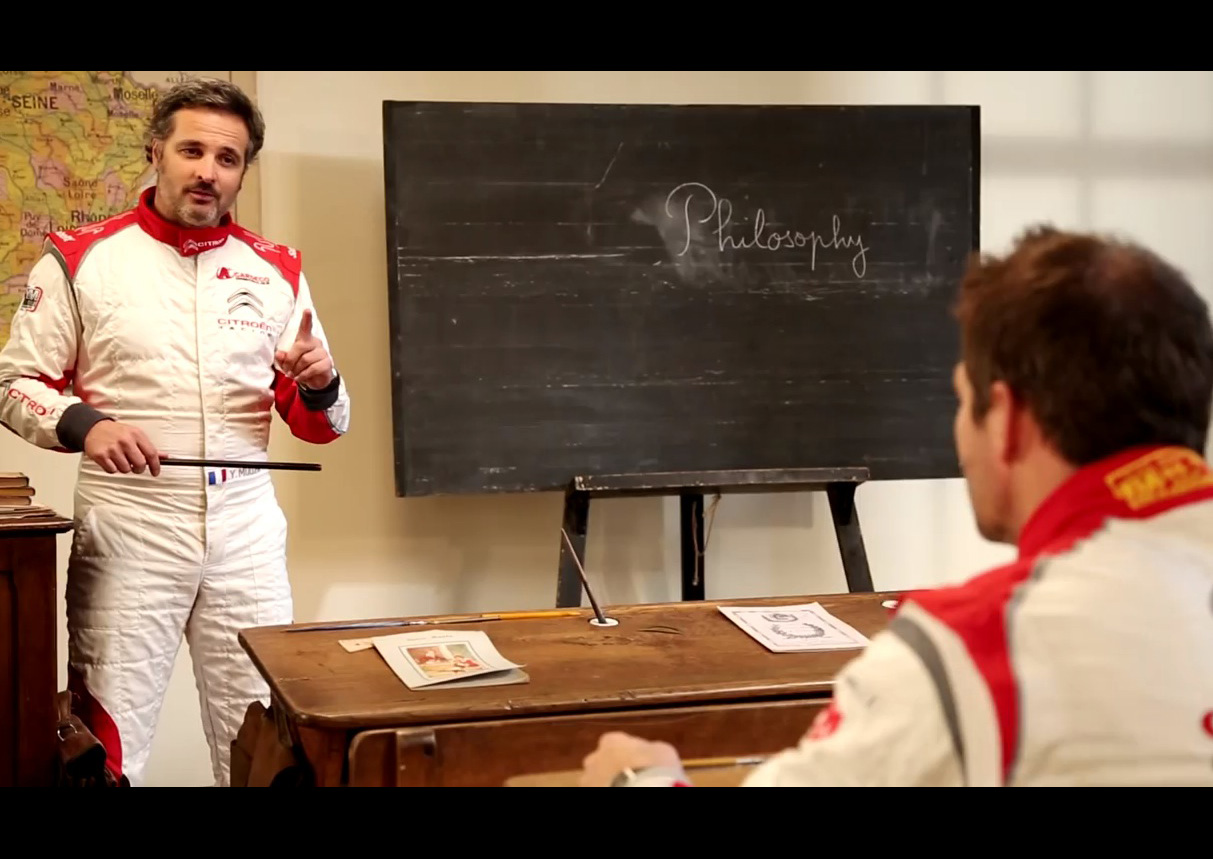 Nine-time WRC champion Sebastien Loeb receives some WTCC racing tips from his Citroen teammate Yvan Muller, a three-time WTCC champion. Loeb will compete in the WTCC next year for the first time. The video is certainly funny and plays on Loeb’s history as a rally driver where he races against the clock, rather than against other cars.

Keep an eye out for WTCC 2014 – it should be a very interesting race series.