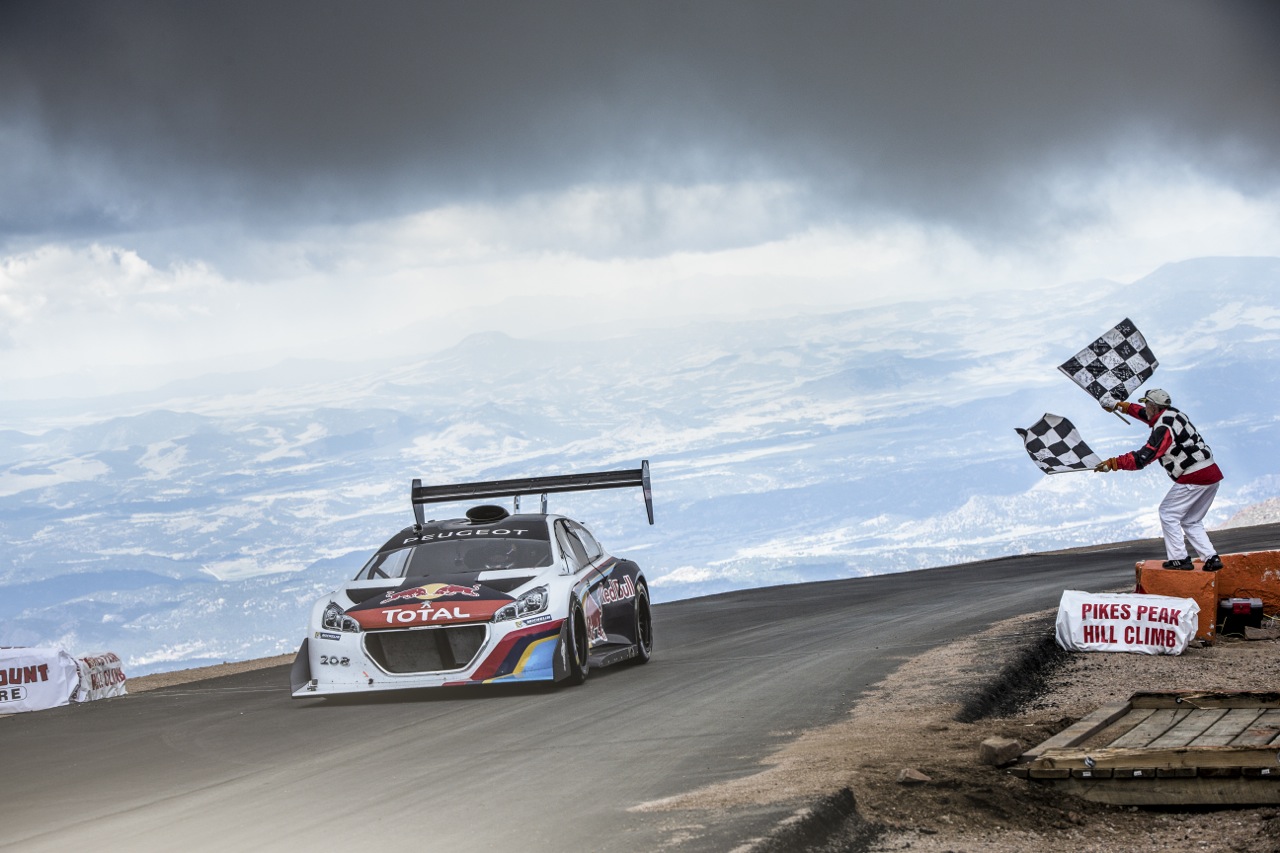 Red Bull Racing, Peugeot, and, more importantly, Sebastien Loeb have broken the Pikes Peak world record during today’s international event in Colorado. The team ran an incredible 8:13.878 sprint, which beats the previous record by more than a minute. 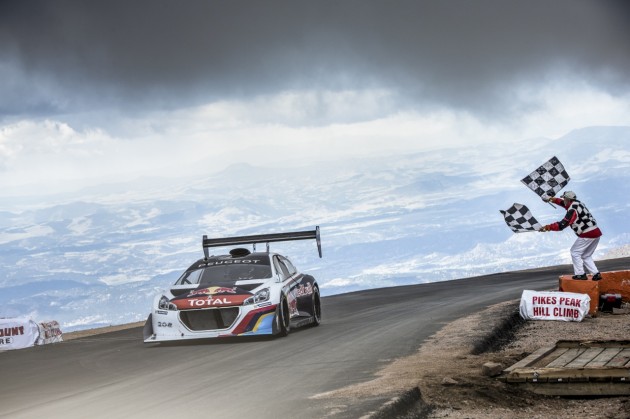 Beating the record is one thing, but to take a full one minute and 33 seconds off the old record is just astonishing. Loeb commented at the top of the 4300-metre climb, saying,

“For me, this was the race of the year. At the beginning of my run there was a bit of pressure for sure because I knew there was so much work and investment from Peugeot and all the partners. Now, after all the practice, it was just down to me and I had to perform.”

Peugeot says that Loeb managed to shave a further two seconds off the computer-predicted time which was calculated using data collected from practice sessions and testing. Loeb said,

“I’m really happy as that was a very good run in the end. I really didn’t expect anything better than 8m15s, so to do 8m13s was fantastic. Before the start I didn’t really know if I should push absolutely to the maximum or if I should just push to a comfortable pace, in order to make sure of the victory. In the end, I decided to push to the limit.”

The car used for the record run was a specially prepared and highly modified Peugeot 208 T16, featuring a 3.2-litre turbocharged V6 engine producing 652kW and 882Nm. Full specifications can be found here.

Rounding out second place was last year’s winner and record holder Rhys Millen in the Hyundai RMR PM580-T, posting a time of 9:02.192.

Stay tuned for a full video of the record run which we will post up as soon as possible.

UPDATE: A full video of the run is now available for your viewing pleasure. See below.