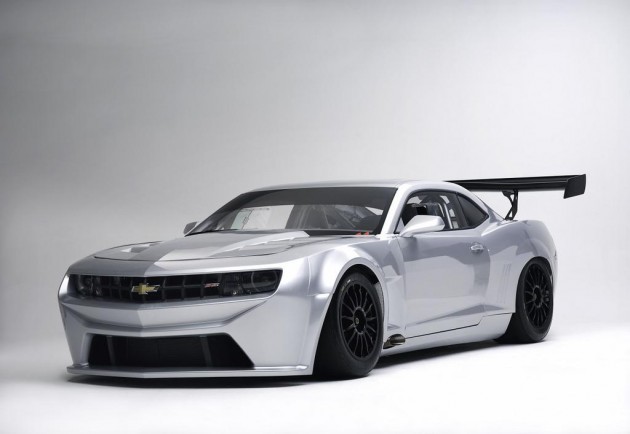 Powered by a 7.9-litre V8, the Camaro GT3 easily oversteps the ZL1’s claim to fame of being the most powerful Camaro, dishing out a monstrous 478kW of power and 800Nm of torque (compared with the 432kW and 754Nm on tap in the ZL1).

The mighty engine is backed up by a Hollinger six-speed sequential transmission, with paddle shifters. It also gets a full racing suspension setup, racing brakes and wheels, and a completely stripped out and race-prepared cockpit.

Company owner, Hans Reiter, recently spoke about the plans for the package in terms of racing, saying,

“I am looking forward to the first race of the Camaro GT, it will be very exciting. The racing car is an option for a lot of teams because it provides an interesting cost structure. Uwe Geipel‘s team YACO will use two cars for the ADAC GT Masters races. Perhaps they can also compete in the GT3 European Championship.

“We also have a lot of serious requests from the GT4 and touring car series. Our idea of attracting new customers instead of taking away teams from other manufacturers has worked so far.”