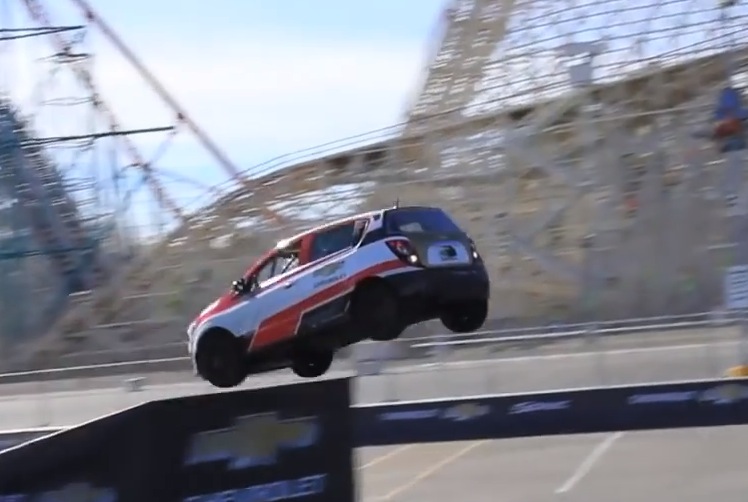 Have you ever wondered how far a car can jump in reverse gear? Wonder no more, the Guinness World Record has just been set by Rod Dyrdek in a modified Chevrolet Sonic RS (Barina RS).

Using a custom ramp, the little Sonic soared 27.2 metres through the air, which is enough for an official world record. The stunt was achieved at Six Flags Magic Mountain in California. Take a look at how it went in the video below.