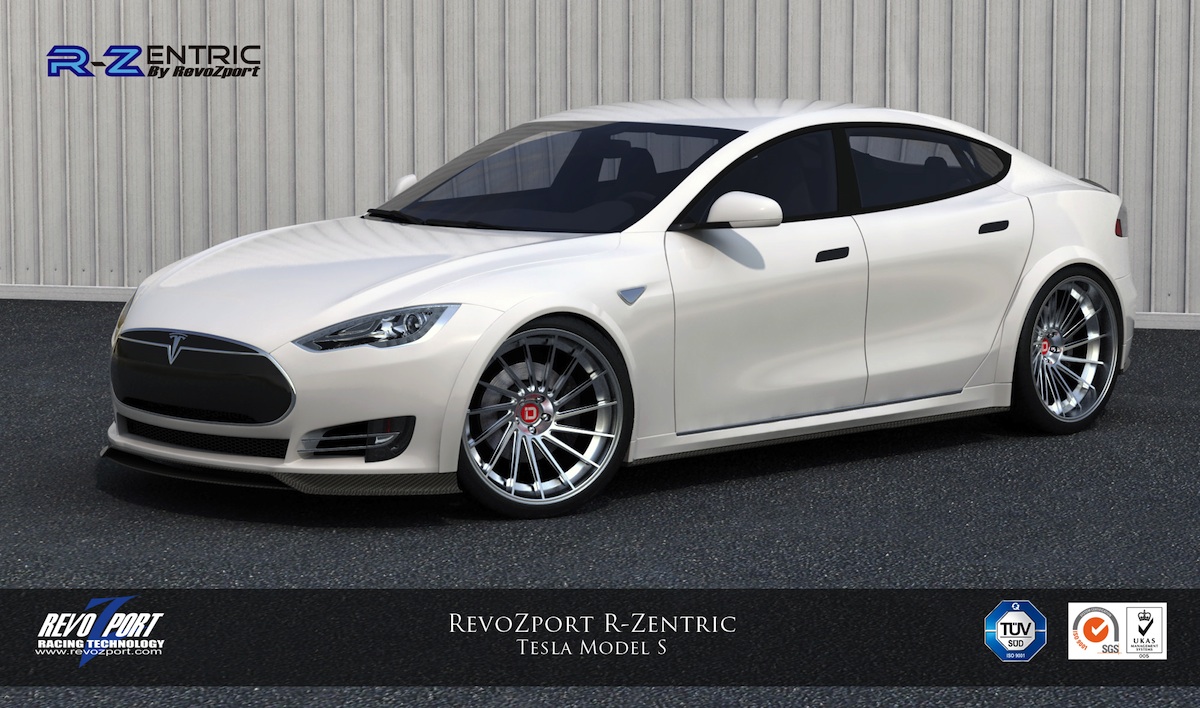 RevoZport has just announced a tasteful bodykit for the Tesla Model S that gives the already sharp-looking model a look and stance that matches well with its astonishing all-electric performance. 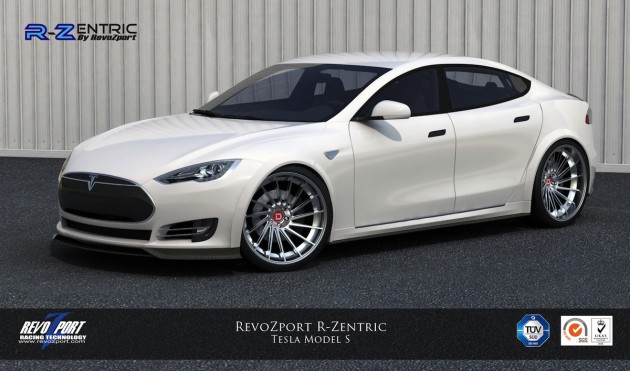 As you might have seen last week, Tesla announced that the Model S will go on sale in Australia from next June. This will mark the first time the electric car manufacturer has sold cars locally, giving Aussie fans of the American-built vehicle something to look forward to.

The R-Zentric aerokit has been designed to help improve “handling performance”. The kit consists of a carbon composite front splitter, side skirts, guard flares, a rear diffuser and boot spoiler. There’s also a set of lightweight Klassen ID forged 22-inch wheels that measure 9.5 inches on the front, and 11 inches on the rear, giving the Model S a 40mm wider footprint overall. RevoZport says the bodykit helps the Model S to achieve “higher downforce and weight savings that enable a performance coherent to the power of the car”.

Lastly, RevoZport has come up with a rear entertainment console that helps the rear passengers not to be envious of the 17-screen found in the front. The new rear console provides support for your iPad Mini, as well as offering cup holders, two additional USB ports, and a tray to store your phone. It’s available with carbon fibre or leather trimmings.

Three models will go on sale next June, including the Tesla Model S 60 ($91,400), the Tesla Model S 85 ($103,400), and the Tesla Model S P85D ($133,500). The P85D is the model that has everyone talking thanks to a whopping power output of 515kW. It uses a 365kW electric engine for the rear wheels, and a 165kW electric engine for the front wheels, giving the P85D serious all-wheel drive performance. So serious, it’s the second most powerful production sedan in the world behind the 527kW Dodge SRT Hellcat, and the quickest production sedan, capable of 0-100km/h in just 3.4 seconds. Insane. And all while using not one drop of fuel.