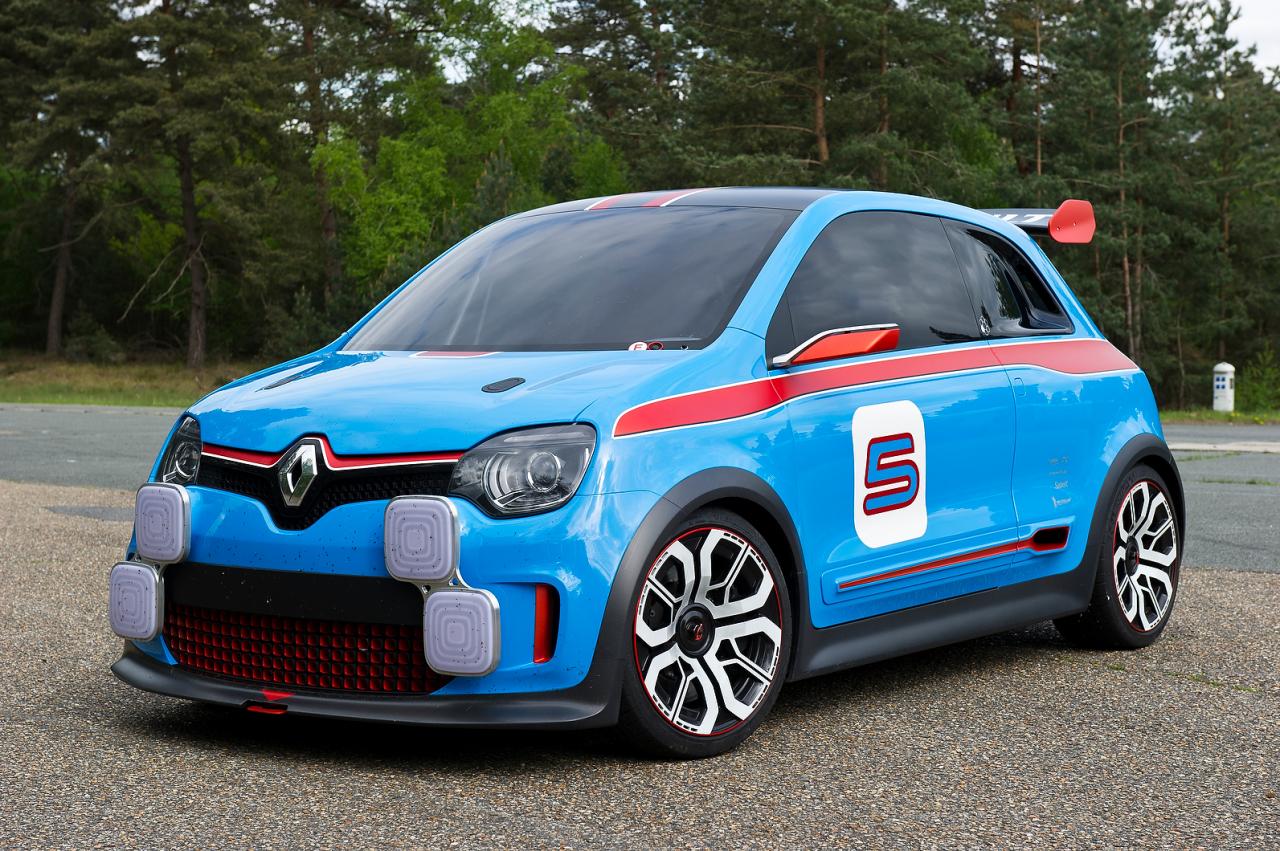 Remember the insane little Renault Twin’Run pocket rocket spotted earlier this year with a mid-mounted engine? Renault has unveiled the concept in the lead up to this weekend’s Monaco F1 Grand Prix debut. Called the Renault Twin’Run concept, it pays tribute to the mutant mid-engine Renault hatches of yesteryear. 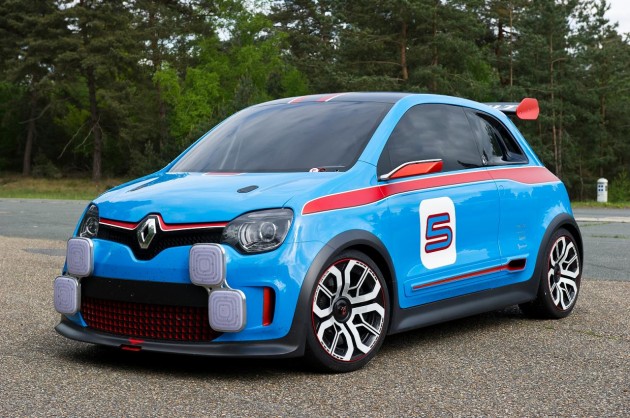 Drawing inspiration from the classic Renault R5 Turbo and the Renault Clio V6, the Twin’Run concept features an engine mounted behind the front seats, just like in its predecessors.

The engine isn’t some pint-sized turbo three-cylinder either, it’s a cracking 3.5-litre V6 producing 236kW of power and 380Nm of torque. The engine is able to scream to 7500rpm, propelling the micro machine from 0-100km/h in just 4.5 seconds. It also has a top speed of 250km/h.

Matched up to a six-speed sequential automatic gearbox which directs power through to the rear wheels via a limited-slip diff, you can imagine the sort of fun that could be had while driving it. 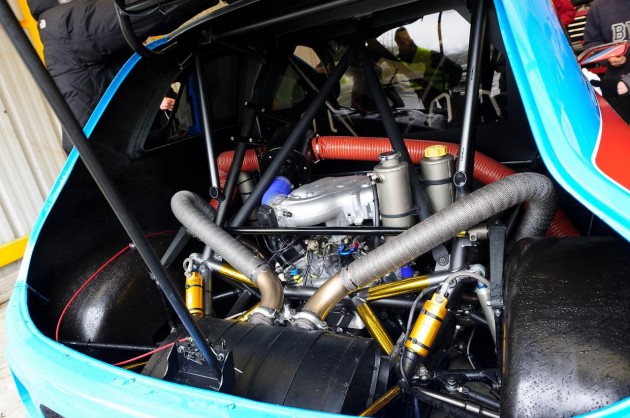 The rest of the concept is pretty much like a racing car. It features a glass-polyester composite body, a multi-tube high-performance steel chassis derived from aeronautics, racing suspension, a 5.5-inch LCD instrument cluster display, and a set of 7.5- by 18-inch front and 8.5-inch rear wheels.

Jean Ragnotti, famous Group B Rally champion known for his efforts in the crazy Renault R5 Turbo rally car, was enlisted to help fine-tune the chassis and suspension in the final development of this concept. He said,

“Following this first drive, I’d say that this is a sound car with a strong pedigree. It’s easy to control. You can feel straight away that it’s a sports car. In terms of balance and ride, it brings the R5 Turbo to mind to some extent.

“It’s definitely an efficient car with surprisingly good vertical comfort, including in zones of high compression where we’re still a long way from the travel stops.

“All we need to sharpen our attacking edge a bit more are racing tyres. There’s a slight roll but no understeer. A gradual performance, no surprises, taking corners easily. This concept car is a worthy heir to the Maxi 5 Turbo.”

Of course, there are no plans to put this beast into mainstream production. We hope at least some inspiration is taken from it though for a future sports hatch. Click play below to see the Twin’Run in action.