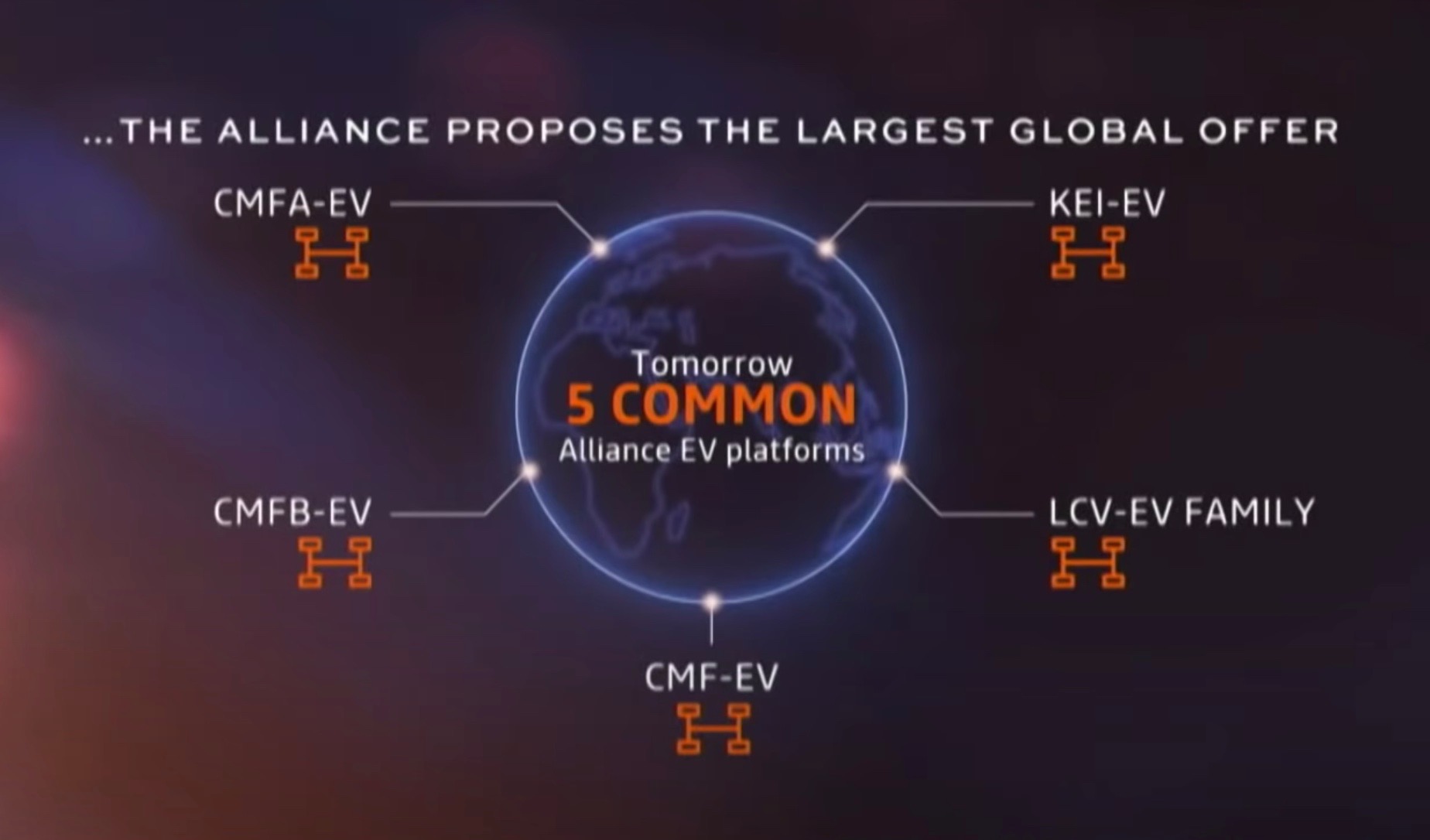 The Renault-Nissan-Mitsubishi Alliance has revealed some of its 2030 roadmap, with plans to share more common platforms between brands, and roll out 35 new electric vehicles. 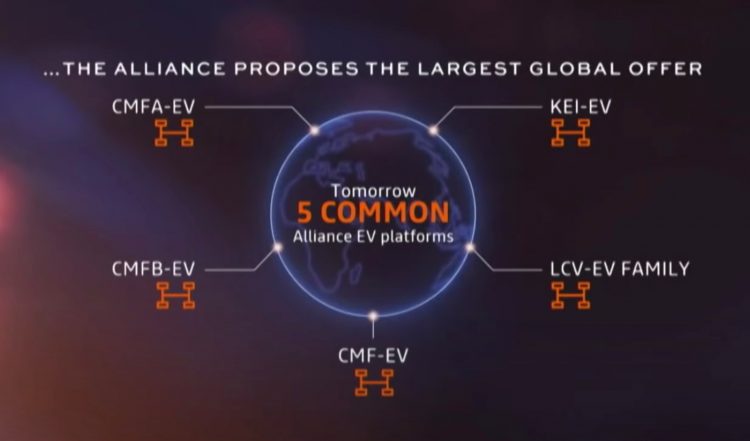 The alliance has already invested more than 10-billion-euros into the field of electrification, and has since raised this total to 23 billion over the next five years, which it expects will culminate in the release of 35 new all-electric vehicles by 2030.

A key pillar of this strategy is the shared platform model, which massively reduces the cost of developing and producing vehicles. Nissan, Renault and Mitsubishi will all be leaning on the shared platforms to streamline production, hoping to increase its use of common platforms from 60 per cent today to more than 80 per cent of more than 90 separate models by 2026.

Specific to EVs, 90 per cent of future electric vehicles from the group are set to ride on five common platforms, including the compact CMFA-EV and KEI-EV, family-friendly LCV-EV, and high-volume CMF-EV and CMFB-EV. 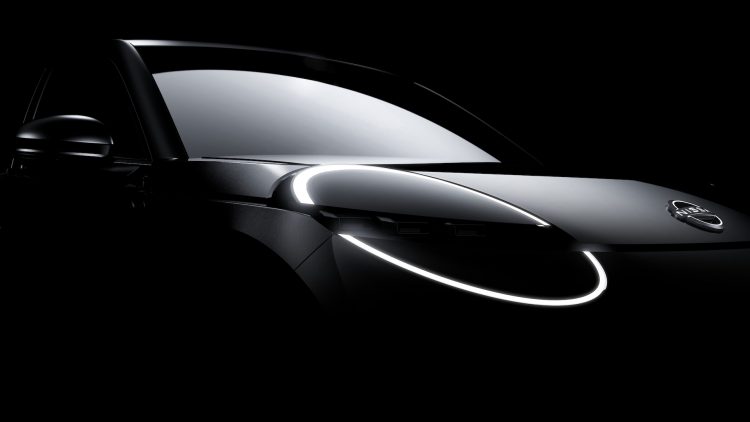 The CMF-EV and CMF-BEV platforms will see by-far the largest production numbers, underpinning cars like the Nissan Ariya EV, Renault Megane E-Tech, and all-electric replacement for the Nissan Micra city car (previewed above).

Interestingly, the plan states that Mitsubishi is aiming for a re-emergence in the European market specifically, where it is expected to release two EVs based on Renault’s best-sellers, including a next-generation ASX compact SUV.

Powering this fleet of electric vehicles will be no easy task, which is why the alliance is aiming to secure 220GWh of battery production capacity by the turn of the decade, with Nissan expected to lead research of all-solid-state battery technologies. 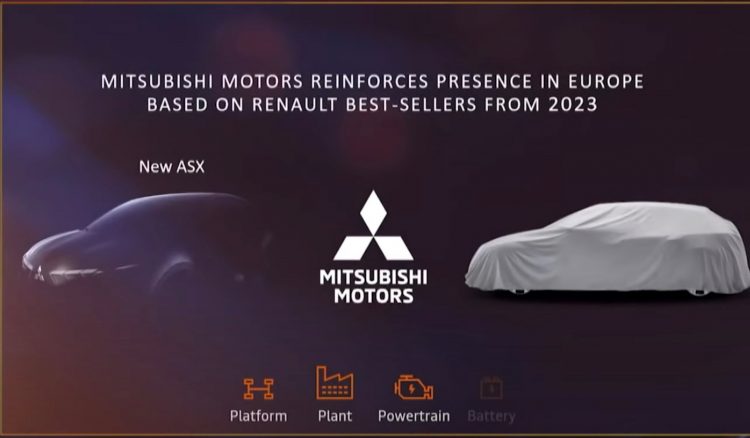 On paper, the alliance is hoping to reduce battery production costs by 50 per cent in 2026, increasing to 65 per cent by 2028. Also mentioned in the roadmap is a fleet of connected vehicles with advanced driver-assistance systems (ADAS), and plans for the first fully software-defined vehicle by 2025.

The alliance expects to have more than 10 million vehicles receiving ADAS technologies like autonomous driving systems across 45 models by 2026, while software-defined vehicles will benefit from over-the-air updates, added personalisation options and reduced maintenance costs over the lifespan of the vehicle. Chairman of the group, Jean-Dominique Senard, said:

“These are massive investments that none of the three companies could make alone. Together, we are making the difference for a new and global sustainable future; the alliance becoming carbon neutral by 2050.”