Less than a week after Australian driver Mark Webber won the famous Monaco Grand Prix, the FIA has deemed the Red Bull Racing F1 cars to be running illegal holes in their floors. 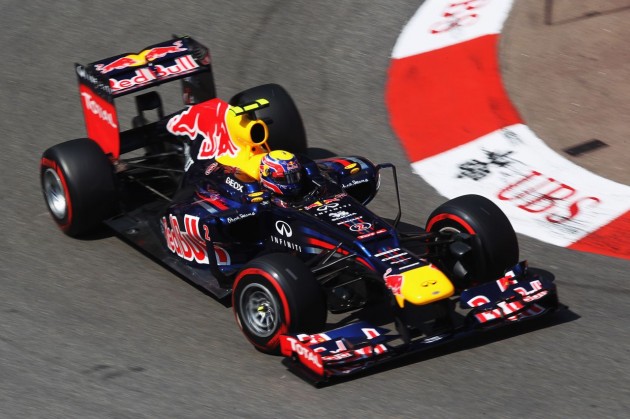 The team won’t receive any penalties, but they have been forced to fill in the holes ahead of this weekend’s Canadian Grand Prix.

Despite complaints from other teams before the Monaco Grand Prix commenced, Red Bull’s team principal Christian Horner was confident the holes were “fully compliant” with the rules.

Teams were adamant the Red Bulls had an illegal “fully enclosed hole” on the surface of the step plane of the floor.

FIA technical head Charlie Whiting sent out a notification to all teams that “fully enclosed holes may not be located” in that part of the car, meaning the RB8s of Webber and world champion Sebastian Vettel must have the holes removed.

That hasn’t deterred the Aussie from going for back-to-back victories though.

“We’re very confident the car should work well round [the Montreal circuit],” Webber said in the lead up to the event.

“I love driving the circuit; it’s a good one to get our teeth into, a little bit like a street circuit, so I’m looking forward to getting out there.”

It’s lucky most of us (sorry Queensland and Western Australians) have Monday off as the race is scheduled for 4am AEST this coming weekend.