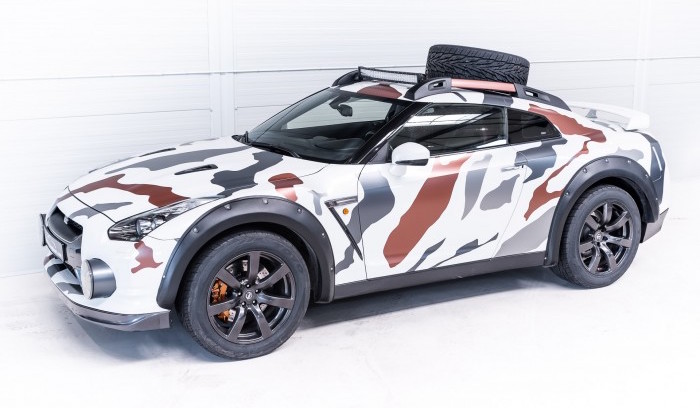 We’ve never really considered the R35 Nissan GT-R as a potential rally car. But it does make a great deal of sense. All-wheel drive, plenty of power, and a quick-shifting gearbox. What’s not to like? Well, it seems Classic Youngtimers Consultancy has been thinking along the same lines. 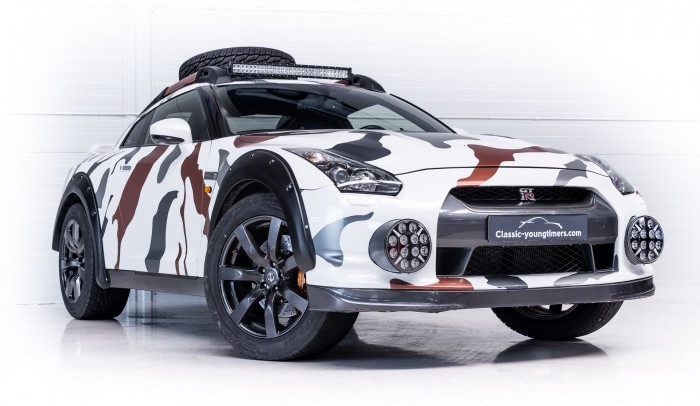 The Dutch company has created an interesting rally interpretation of the R35 GT-R, complete with extra ground clearance, custom suspension, bigger tyres, while giving the iconic exterior design a distinct military-style camouflage wrap, complete with a spare wheel mounted on the roof.

You can see the ride height is raised by quite a bit compared with the regular GT-R. In fact, 12cm has been added to the ground clearance, allowing the Japanese supercar to tackle all kinds of terrain. This is through a custom suspension setup. Some off-road tyres with tall side profiles also help to lift the car and provide all-terrain grip. 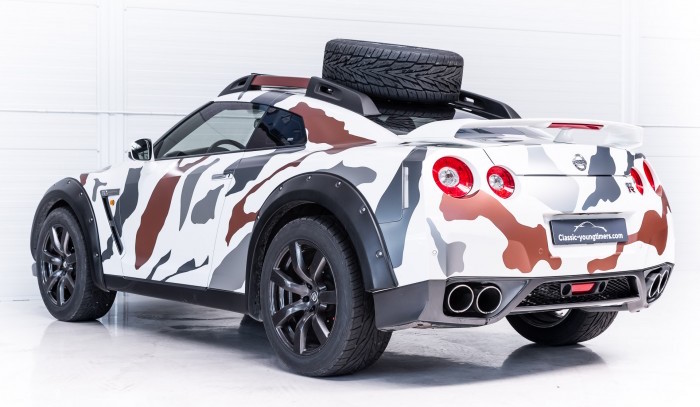 In order to fit the new tyres into the guards the team had to cut the body and bolt up wheel arch extensions. These help to emphasise the width of the GT-R anyway, giving it an almost widebody-like stance. The tyres appear to be wrapped onto the factory Nissan wheels. An impressive LED light cluster is added to the front corner, on both sides, and there’s a full LED light bar mounted on the roof.

Under the bonnet the firm says it has spent some time tuning and revising the standard 3.8-litre twin-turbo V6 engine. Specific upgrades aren’t mentioned but the company says the unit now produces over 600hp (450kW). This should help propel the rally beast through the bush at breakneck speed. 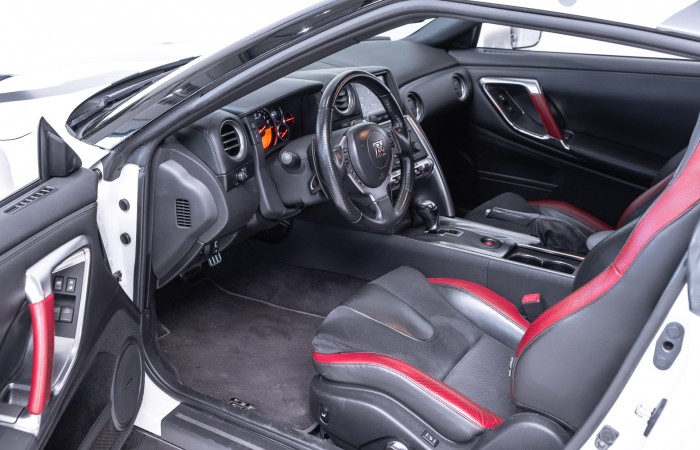 Although the GT-R is quite long and heavy for outright rally car potential, this machine certainly provides some inspiration. After all, the GT-R has been known to dominate tarmac rallies and cross country club events for decades.

This example is actually up for sale right now if you’re interested. It’s located in The Netherlands and is priced at €95,000. Head over to Classic Youngtimers Consultancy for more info.