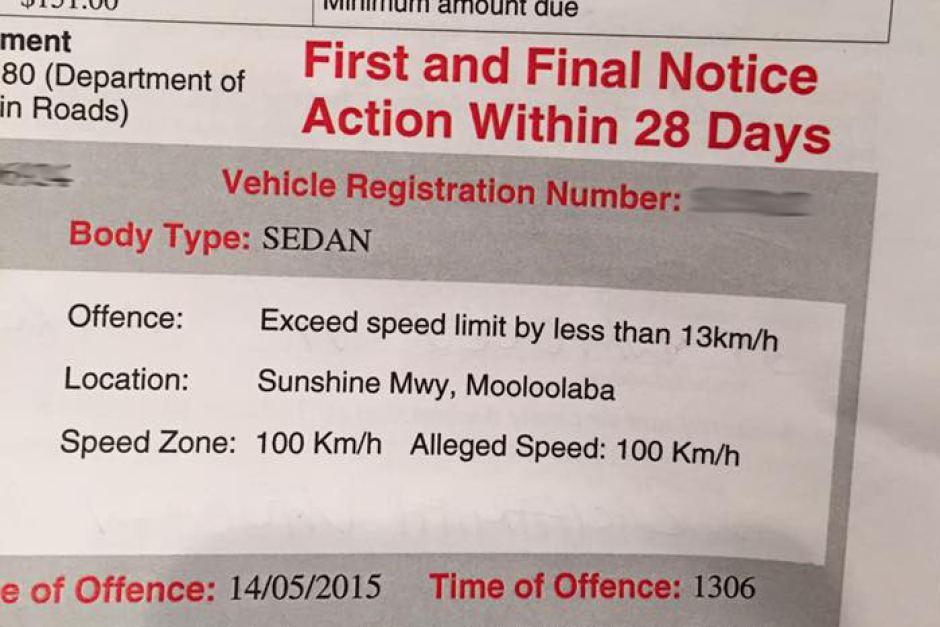 A Queensland driver was issued a $151 fine by a speed camera in Mooloolaba, snapping the car rocketing through a 100km/h zone… at 100km/h. 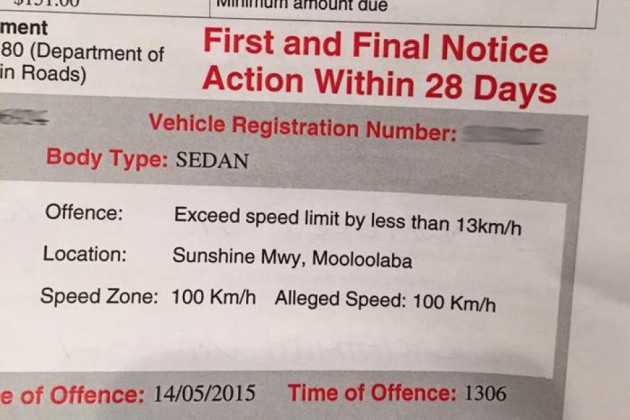 Everyone hates getting a fine, but as much as we feel hard-done by, we can usually see the fault in our actions. This driver however can call himself well and truly unlucky.

The driver, who was behind the wheel of his father’s car, snapped a picture of the fine and it soon went viral on social media. Soon after Queensland police recognised the error and cancelled the fine. Queensland police have since addressed the administrative error, issuing the following statement:

“An error occurred during the manual adjudication processes, where these records were not identified and rejected as per standard practice and subsequently two notices were issued to the registered owners of the vehicles.”

It makes you wonder how many other errors go through the system, and some of which probably get processed and paid without a second thought. Let us know your thoughts in the comments section below.