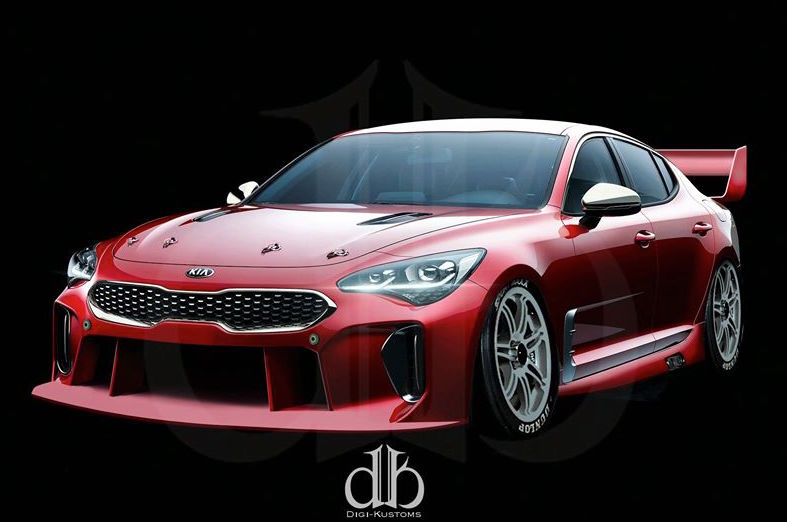 With rumours abound that Kia is set to challenge Holden, Ford, Volvo and Nissan in the V8 Supercars championship (now just ‘Supercars’) when the rules change to allow V6 engines next year, Nik of Digi-Kustoms has whipped up this rendition of how a Kia entry based on the newly revealed Stinger could look.

Based on the control Car of the Future 2 (CotF2) chassis, he has added bonnet pins, a ground-hugging front spoiler and aero kit, and a giant rear wing for downforce. Elements of the production car such as the silver front vent are complemented by the addition of side skirts which incorporate a side-exit exhaust, while racing rims and tyres for quick pit stops look very tasty indeed.

Kia is said to be in talks with event organisers to determine whether or not to participate, with Gary Rogers Motorsport the hot favourite to back the Korean entry.

This means that in 2018, if true, Kia will be facing off against Holden’s new racing car, based on the new, imported Commodore that is front or all-wheel drive in production trim. By contrast, Kia will be fielding a car that shares its rear-wheel drive with the production version, giving it arguably more commonality with the showroom version and authenticity.

What do you think of Nik’s render? Head over to his Facebook page to see more of his works.