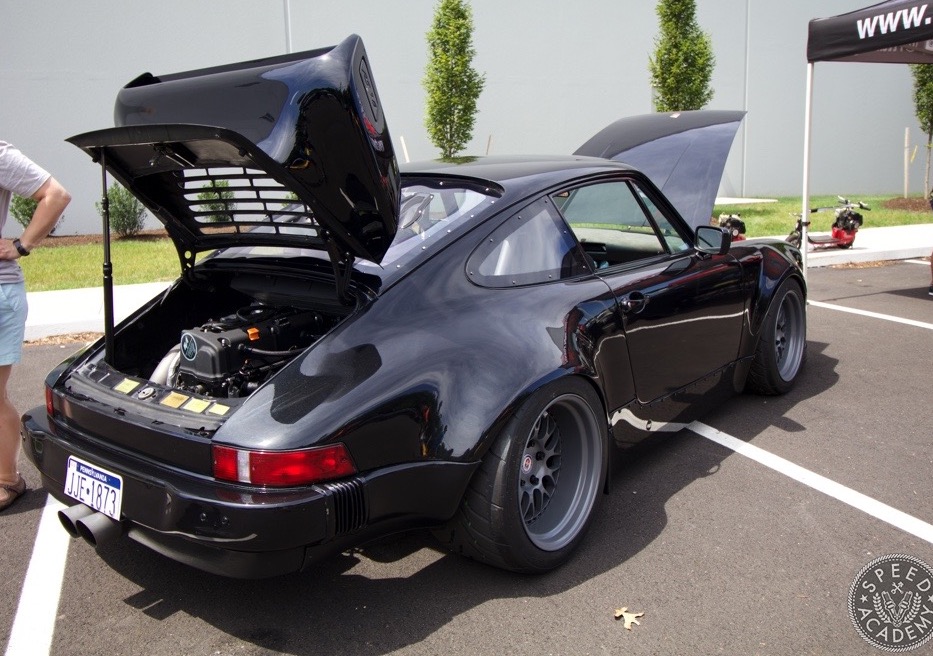 A very unique Porsche 911 930-shape has been spotted at a recent car meet in the U.S., featuring a Honda K-Series four-cylinder engine conversion. 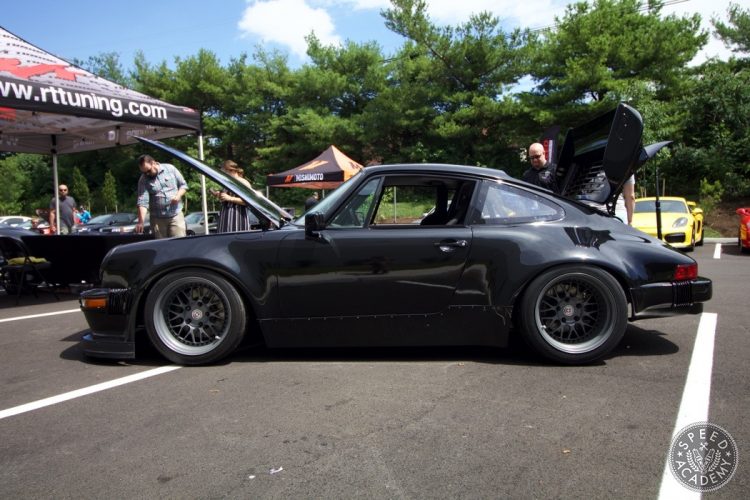 We featured some wacky abominations in our top 10 cars with ridiculous engine swaps special earlier this year. One of them was a shovel-nose Porsche 911 with a dinky Toyota Yaris 1.5-litre engine, taking place of the mighty turbo flat-six. Purists projectile vomited, yelled and gyrated madly with disgust. At least we think they did.

It seems there’s another 911 getting around with a Japanese inline-four engine swap. This one is a bit more palatable, as it is a Honda K-Series engine in its caboose.

As featured on Speed Academy, this 911 is owned by Scotty G, who was a former Japanese car owner and enthusiast, dabbling in the real of Evo’s before getting his hands on this Porsche. 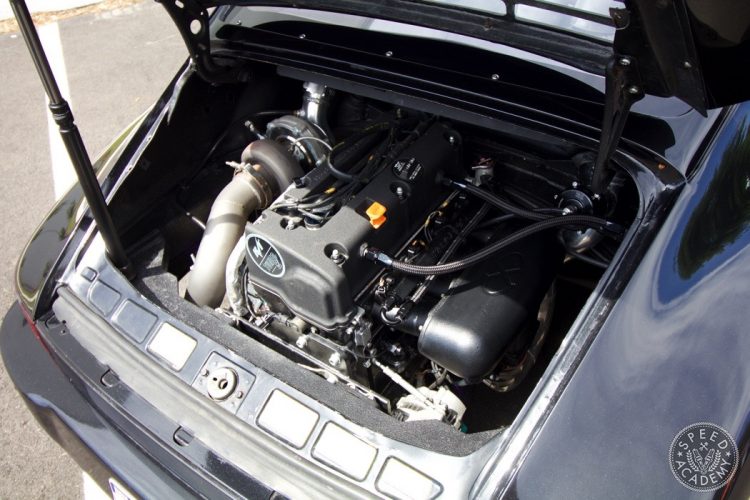 Initially the car was fitted with a GM LS V8 engine, courtesy of a Renegade Hybrids conversion kit. Scotty decided something more oriental was more his thang and pulled out the LS and put a Honda K20 from an Integra up to the original Porsche G50 five-speed gearbox, and added a Garret GTX3076R turbocharger into the mix.

Other inclusions such as brakes from a 2008 Cayman, Bride seats, fuel cell and bodykit ensure this is a far more fun to drive car than that miserable Yaris-engined 911. What are your thoughts? Tell us in the comment section below. And head over to the source link above for more info.