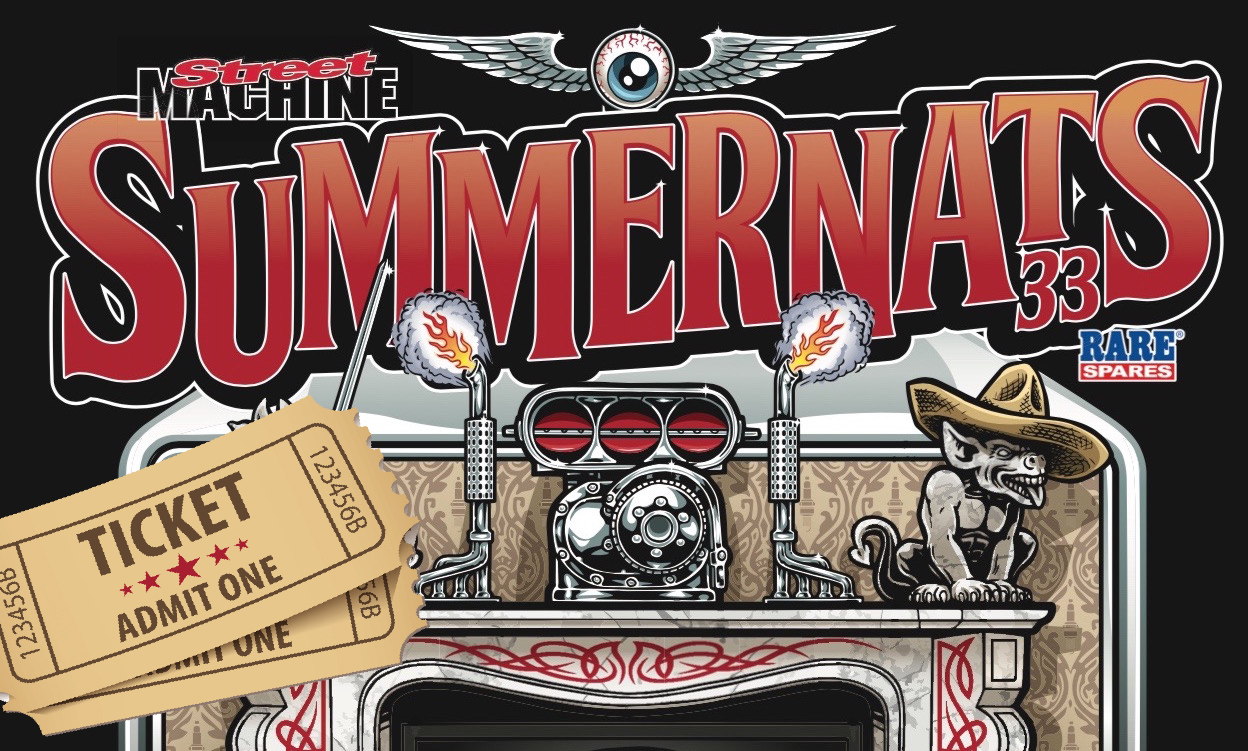 4. Entry is open to residents of Australia aged 16 or over.

5. Directors, employees, immediate family members of employees (including de-facto partners and children of those partners) of the Promoter and its related entities and employees of any company associated with the Promotion are ineligible to enter.

6. To enter the Promotion, an entrant must during the Promotion Period tell us in 25 words or less their ultimate engine conversion idea.

7. Only one entry is permitted per entrant.

8. An entry must be an independent creation by the entrant and free of any claims that may infringe on any third party rights. Entries must not have been published previously and/or have been used to win prizes in any other promotions.

9. Incomplete or indecipherable entries will be deemed invalid.

10. There will be a total of 6 prize winners as determined under the section titled “Judging”.

12. If the Prize is unavailable, the Promoter in its discretion, may substitute the Prize for a prize of equal or greater value.

12. To claim the prize, winners must respond to the Facebook notification.

14. Total prize pool is valued at $1564. The prize value is in Australian dollars.

15. The prize or any unused portion of the Prize is not transferable or exchangeable and cannot be taken as cash. If for whatever reason a winner does not take the Prize, then the prize will be forfeited.

16. The winners will be selected by a panel of judges and will be based on the creativity and uniqueness of their entry.

17. This Promotion is a game of skill. Chance plays no part in determining a winner.

19. The judging panel will be made up of two employees of the Promoter.

20. The winners will be notified via Facebook within 1 business day of the judging taking place and their names will be published.

21. In the event the Promoter is not able to contact and receive a positive confirmation from the winner and that they claim the Prize by 3:00pm (Sydney Time) on December 28, 2019, the judges will select the next best entry as determined under the section ‘judging’ to receive the prize.

22. By entering the Promotion, entrants consent to the Promoter using their name and photograph and/or voice in the event they are a winner for promotional purposes, unless a winner otherwise notifies the Promoter at the time of accepting their prize.

23. The Promoter collects personal information (“PI”) in order to conduct the Promotion and may, for this purpose, disclose such PI to third parties, including but not limited to agents, contractors, service providers, prize suppliers and, as required, to Australian regulatory authorities. Entry is conditional on providing this PI.

24. The Promoter will also use and handle PI as set out in its Privacy Policy, which can be viewed at www.perfomancedrive.com.au/privacy. In addition to any use that may be outlined in the Promoter’s Privacy Policy, the Promoter may, for an indefinite period, unless otherwise advised, use the PI for promotional, marketing, publicity, research and profiling purposes, including sending electronic messages or telephoning the entrant. The Privacy Policy also contains information about how entrants may opt out, access, update or correct their PI, how entrants may complain about a breach of the Australian Privacy Principles or any other applicable law and how those complaints will be dealt with. All entries become the property of the Promoter.

25. The Promoter is not liable for any technical error that may occur during the Promotion that is outside of the Promoter’s reasonable control. This includes, but is not limited to, any omission, interruption, deletion, defect or delay in operation or transmission or failure of any telephone, mobile or satellite network.

26. Nothing in these Terms and Conditions limits, excludes or modifies or purports to limit, exclude or modify the statutory consumer guarantees as provided under the Competition and Consumer Act, as well as any other implied warranties under the ASIC Act or similar consumer protection laws in the State and Territories of Australia (“Non- Excludable Guarantees”). Except for any liability that cannot by law be excluded, including the Non Excludable Guarantees, the Promoter (including its respective officers, employees and agents) excludes all liability (including negligence), for any personal injury; or any loss or damage (including loss of opportunity); whether direct, indirect, special or consequential, arising in any way out of the Promotion.

27. Except for any liability that cannot by law be excluded, including the Non-Excludable Guarantees, the Promoter (including its respective officers, employees and agents) is not responsible for and excludes all liability (including negligence), for any personal injury; or any loss or damage (including loss of opportunity); whether direct, indirect, special or consequential, arising in any way out of: (a) any technical difficulties or equipment malfunction (whether or not under the Promoter’s control); (b) any theft, unauthorised access or third party interference; (c) any entry or prize claim that is late, lost, altered, damaged or misdirected (whether or not after their receipt by the Promoter) due to any reason beyond the reasonable control of the Promoter; (d) any variation in prize value to that stated in these Terms and Conditions; (e) any tax liability incurred by a winner or entrant; or (f) use of the prize / attendance at the prize event.

28. The Promoter’s decision is final and no correspondence will be entered into.

30. The Promoter reserves the right, at any time, to verify the validity of entries and entrants (including identity, age and place of residence) and to disqualify any entrant who submits an entry that is not in accordance with these terms and conditions or who tampers with the entry process. Failure by Promoter to enforce any of its rights at any stage does not constitute a waiver of those rights.

31. In the event of war, terrorism, state of emergency or disaster, the Promoter reserves the right to cancel, terminate, modify or suspend the Promotion,

32. If this Promotion is interfered with in any way or is not capable of being conducted as reasonably anticipated due to infection by computer virus, bugs, tampering, unauthorised intervention, fraud, technical failures or any reason beyond the reasonable control of the Promoter, the Promoter reserves the right, in its sole discretion, to the fullest extent permitted by law: (a) to disqualify any entrant; or (b), to modify, suspend, terminate or cancel the Promotion, as appropriate.

33. It is a condition of accepting any prize that, if requested by the Promoter, a prize winner must verify by statutory declaration that their winning entry complies with, and they agree to be bound by, these terms and conditions.

34. An entrant may at any time request that he or she be withdrawn from the Promotion, and the Promoter must use its reasonable efforts to withdraw the entrant as soon as practicable.