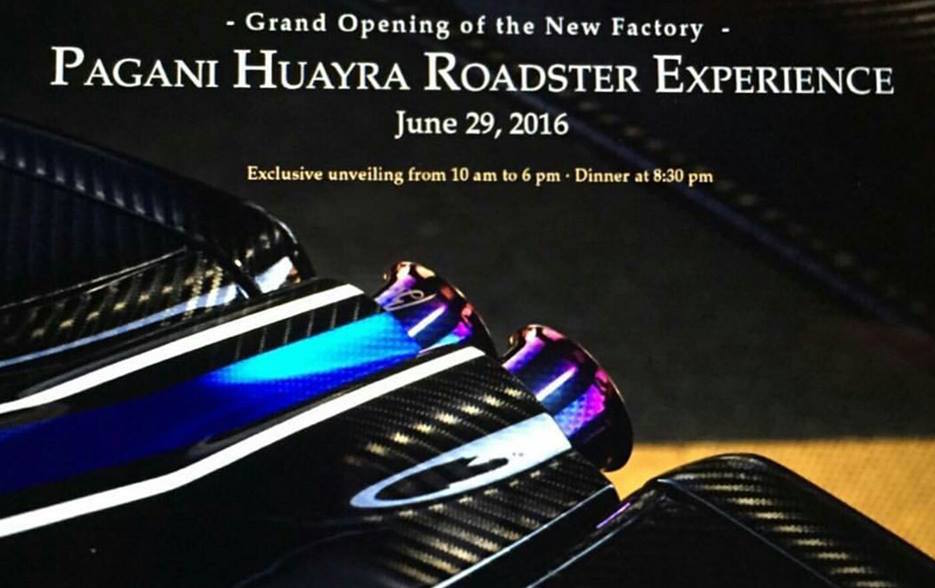 Pagan has presented its new Huayra Roadster to select VIP customers in Italy, giving them a first look at the drop-top version of the company’s latest supercar. 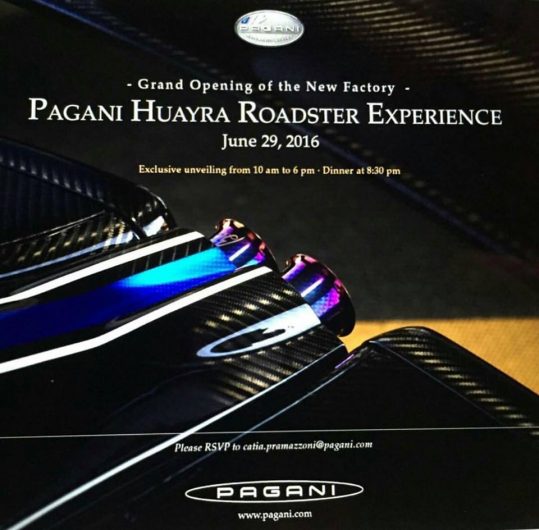 The Huayra is the successor to the Zonda, as we all know. And like the Zonda, it was initially announced as a coupe and soon followed up by an open-top version. Special guests were invited to an event at the grand opening of Pagani’s new factory in San Cesario sul Panaro, Italy, on Wednesday.

There were obviously strict orders not to take any photos of the car, as no images have yet surfaced surrounding the event. However, the official invite leaflet has found its way into the hands of media, giving us all a very small sneak peek.

On the invite is a snapshot of the carbon fibre rear wing that encompasses the exhaust outlets. Other than that, it’s anyone’s guess at to what the Roadster will look like. We can expect a very similar design to the regular coupe, only with a removable roof and a revised rear bulkhead and buttress behind the cabin.

In the engine compartment will probably sit the same AMG-derived 6.0-litre twin-turbo V12 engine producing 540kW and 1100Nm, as featured in the coupe. Kerb weight is likely to rise slightly due to the extra reinforcements needed for the removed roof, however, performance won’t be very far off the coupe. The coupe covers 0-100km/h in 2.8 seconds and offers a top speed of around 383km/h.

Pagani is set to introduce just 100 examples of the Huayra Roadster, much like the coupe, making it a very exclusive model indeed. Despite this, Pagani is looking to ramp up production in the future with help from the new factory, which is located just up the road from the existing facility.

Fans anticipate a full unveiling for the new version very soon, with a potential online reveal taking place first and followed up by a public reveal.