Some intriguing images of the upcoming Opel Insignia Sport Tourer CrossFour wagon have surfaced online. It’s unknown if the images are official or simply a pair of accurate renderings. 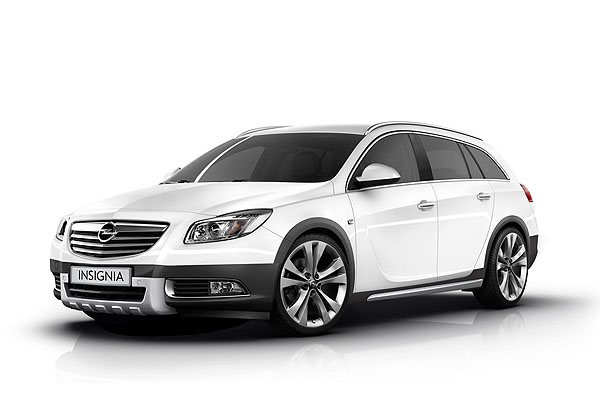 The Opel Insignia, which will eventually make its way to Australia, is a good-looking medium-sized premium sedan. The CrossFour will be a jumped up wagon version, featuring a two-tone colour scheme and a smattering of crossover-esque trimmings and scuff plates.

According to reports, the Opel Insignia Sport Tourer CrossFour will feature an all-wheel drive system with a lockable rear differential for when the going gets rough, and a FlexRide adaptive stability control system.

Underneath, the CrossFour will come in three different engine flavours, including a 2.0-liter CDTi turbo-diesel four cylinder with 118kW, and a more powerful sports version using a 2.0-litre BiTurbo diesel offering 143kW.

It looks like it could be a great package to rival the likes of the Subaru Outback and Audi Allroad, with a rather attractive face. We’re not sure about the off-road performance potential though, as it appears to be quite a low and sporty proposition, at least in these images.