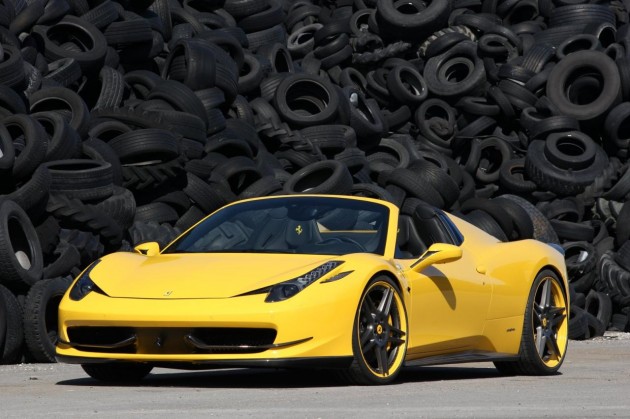 The Novitec Rosso Ferrari 458 Spider is pretty hard to miss, standing out in bright yellow paint with a bespoke carbon fibre bodykit. The kit features a new front two-piece spoiler with side plates, a chunky carbon fibre rear diffuser, side skirts, and a rear lip spoiler or wing depending on your fancy.

Other highlights include darkened brake lights with a LED strip, and a set of massive 22 x 12-inch rear and 21 x 9-inch front alloy wheels. These are wrapped in 335/25 and 255/30 Pirelli Pzero tyres, respectively. The new alloys sit well in the arches thanks to a sports suspension kit with hydraulic ride-height adjusting features, lowering the 458 by 35mm. 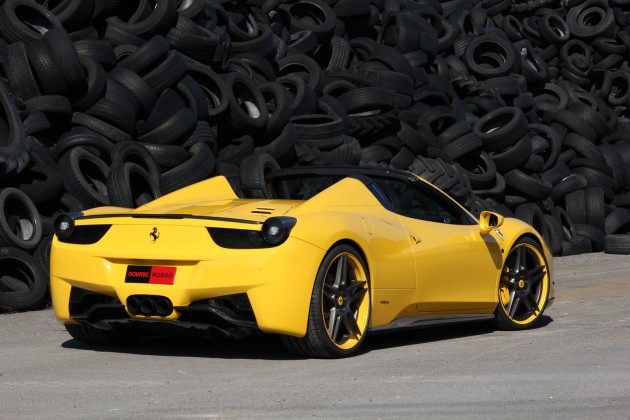 So with all these cosmetic enhancements, Novitec Rosso couldn’t leave the 4.5-litre V8 engine in its standard form. The company came up with a carbon intake box, and a higher flowing performance exhaust system which is 21kg lighter than the standard item.

The package also incorporates new headers and mufflers with control flaps. There’s also an ECU retune taking power from the stock 420kW, up to 448kW at a screaming 9100rpm. Torque is boosted from 540Nm to 569Nm.

Novitec Rosso also offers a number of interior enhancements, including carbon fibre trimmings, and longer shift paddles if you wish.