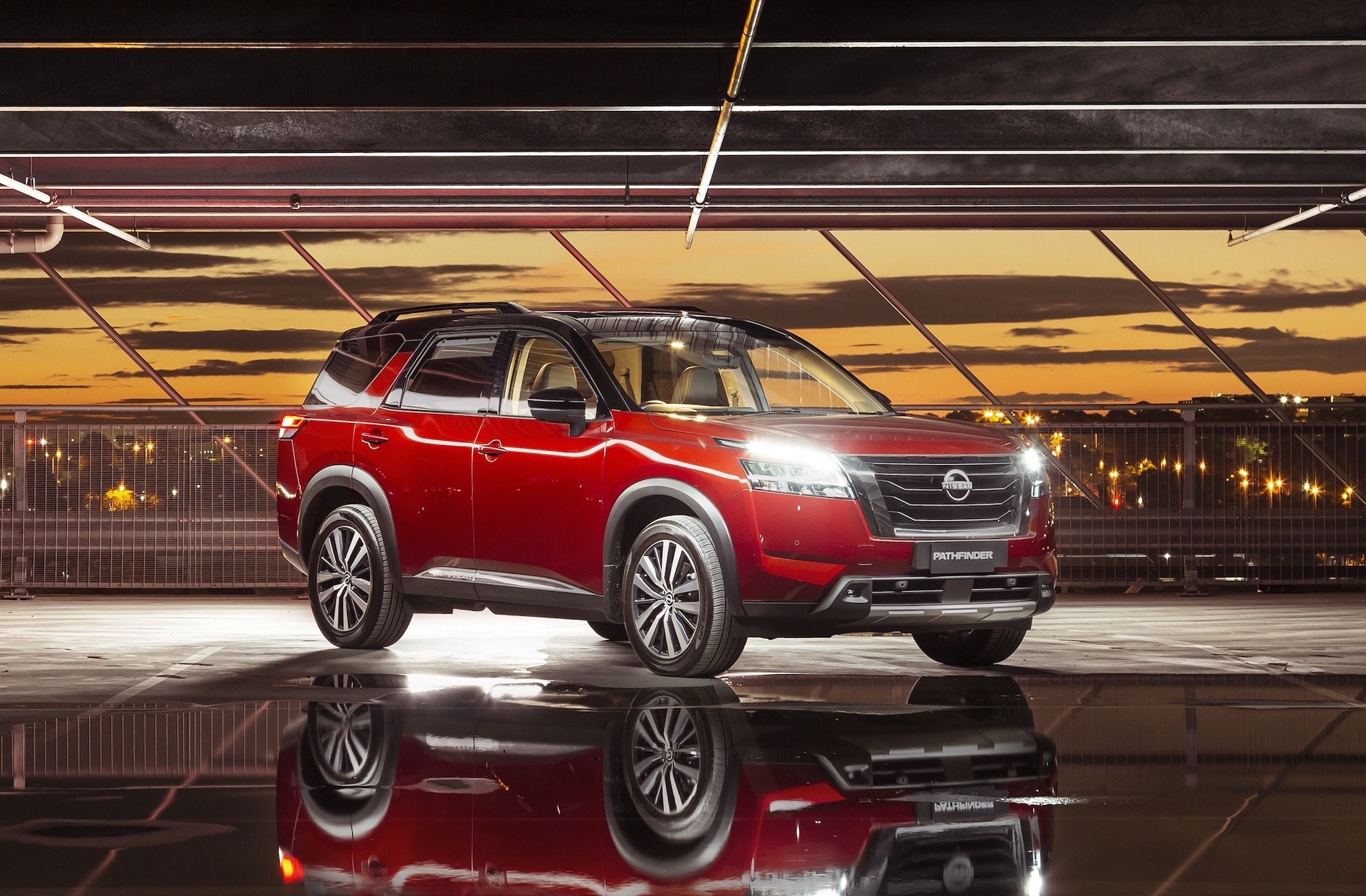 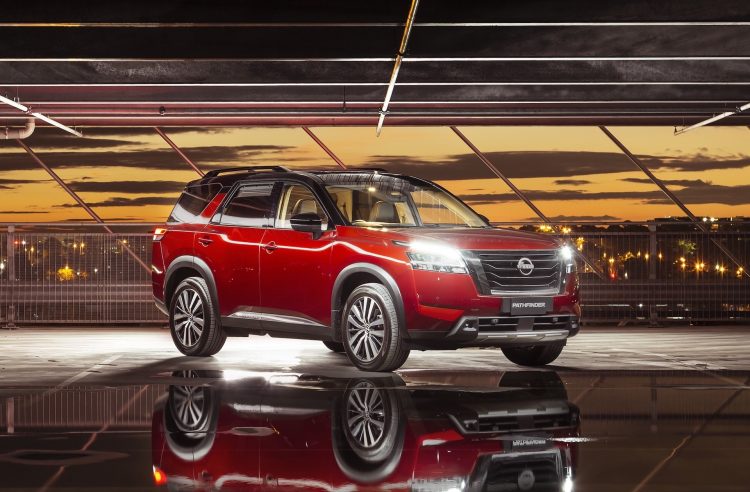 The company has been on a roll this week gathering momentum for its refreshed product line after confirming specifications for its compact crossover the Qashqai and the new X-Trail, confirming that the Pathfinder, too, will arrive here in Australia in a four-variant lineup; ST, ST+, ST-L, and Ti.

Visually, the Pathfinder has been brought well into the 21st century with a sleek and muscular new styling package showcasing a two-tone roof finish, revised front grille and new C-shaped LED headlights.

Under the bonnet, the Pathfinder range is powered by a 3.5-litre V6 petrol pushing out 202kW of power and 340Nm of torque, with the addition of a nine-speed automatic replacing the outgoing CVT automatic.

Power will be put to the front wheels in base model spec, while the all-wheel-drive Pathfinder has received a series of new terrain settings for some light off-roading, while the braked towing capacity stands at 2700kg. 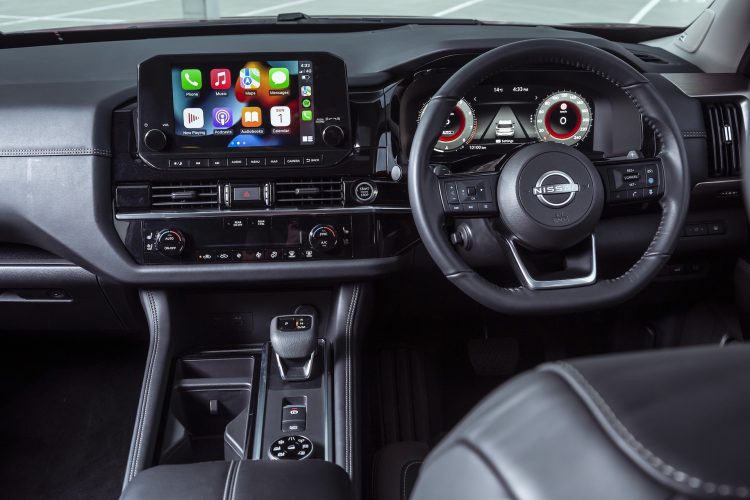 Nissan’s ProPilot semi-autonomous driving system is being packaged as standard on ST+ models and above, while the cabin receives nine airbags, spread across all three rows of seats.

Stepping up to the ST+ adds that aforementioned ProPilot system, a surround-view monitor, roof rails, LED fog lights and a powered tailgate as standard. 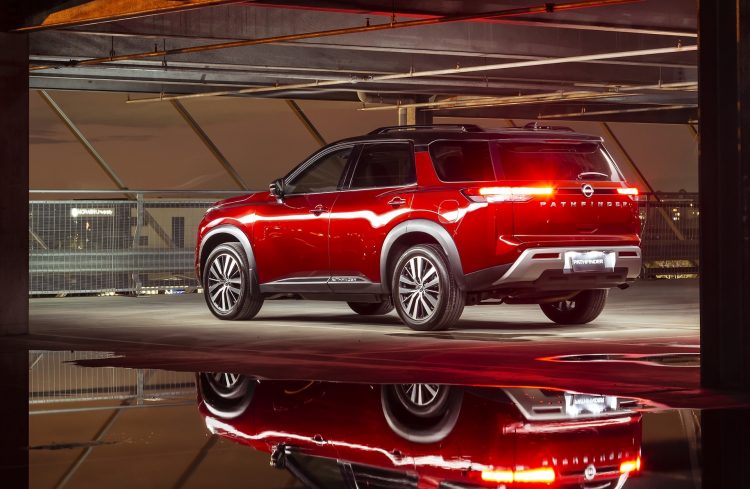 The ST-L receives mostly interior upgrades, with the addition of leather-accented upholstery, heated seats in the rear, wireless smartphone charging and a 12-speaker sound system from BOSE.

Finally, Nissan’s flagship Pathfinder comes in the form of the Ti, which comes riding on 20-inch alloys and receives ambient lighting, ventilated front seats, digital rear-view mirror and a panoramic sunroof, as well as underbody protection and the option of captain’s chairs for the second row.

While Nissan Australia is yet to confirm prices for the fifth-generation Pathfinder, the company says these details will emerge closer to its official launch later this year.