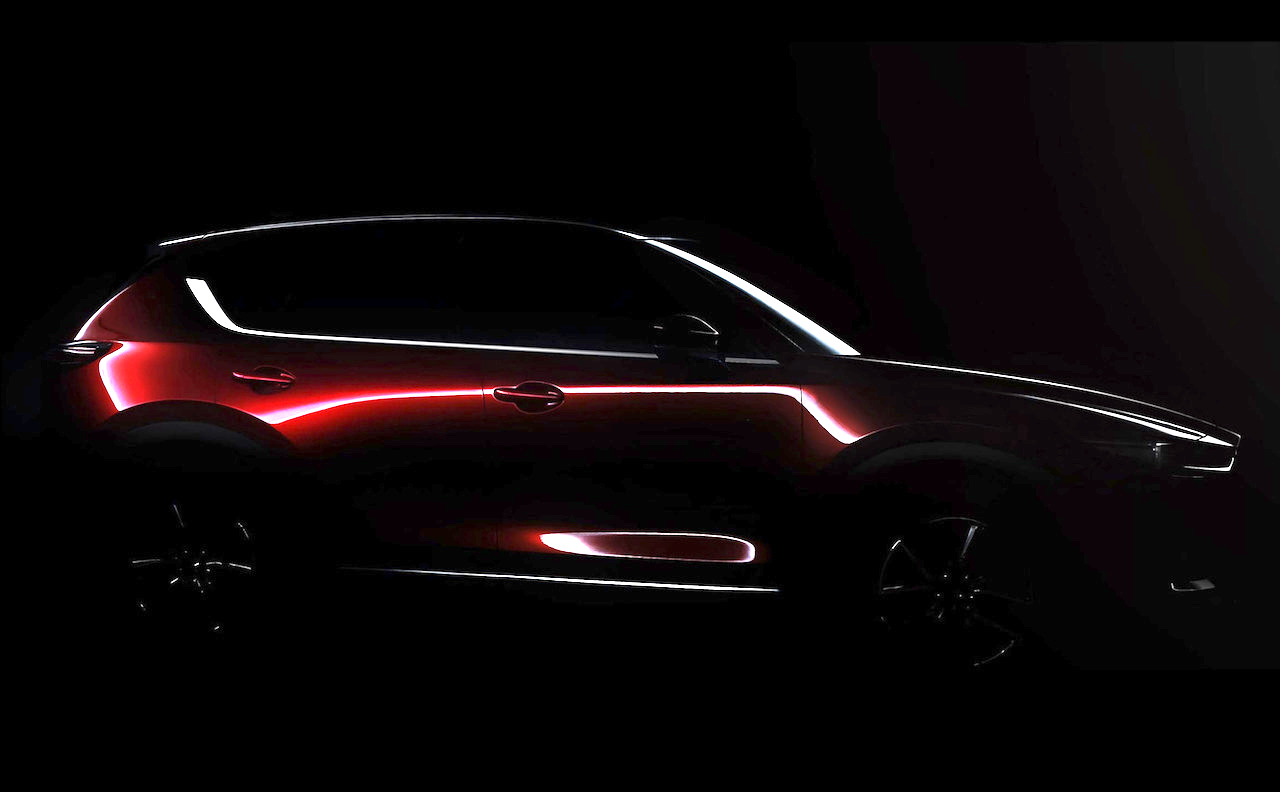 Mazda has confirmed it will be unveiling the next-generation CX-5 mid-size SUV at the upcoming Los Angeles Auto Show next month. 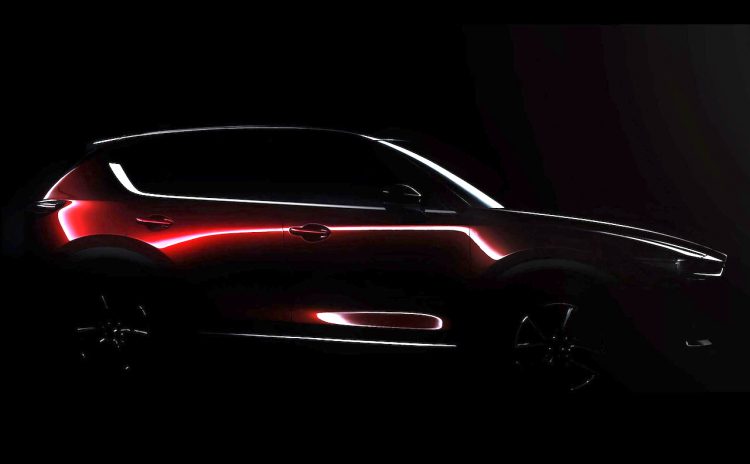 The current, first-gen CX-5 has been on sale in virtually the same form since its introduction back in 2012. Since then it has become one of the most popular SUVs in the segment. In fact, in Australia it was the best-selling SUV throughout all of 2015 and it is on track to keep the crown this year.

Very little has been confirmed about the new model at this stage, at least officially. Mazda released the teaser image above showing a poorly-lit silhouette, however, if you squint your eyes you can see the new-look slimline headlights and the curvier body with fewer crease lines than the current model.

Mazda says the new model will take on an evolution of the “Kodo – Soul of Motion” design  language, saying it has “honed the car’s beauty, imparting a powerful combination of sophistication and strength”.

The new model is expected to adopt a range of new technologies under the SkyActiv philosophy, including G-Vectoring and i-ACTIVESENSE, along with Smart Brake Support and head-up display for at least some variants.

Under the bonnet the same 2.0- and 2.5-litre petrol engines are likely to reside, although they might receive minor updates. A range-topping 2.5-litre turbo would be nice, borrowing the engine from the new CX-9, but this is probably wishful thinking. The diesel is also expected to carry over.

More details will be revealed at the LA show which runs from November 18-27. Stay tuned for plenty of coverage.