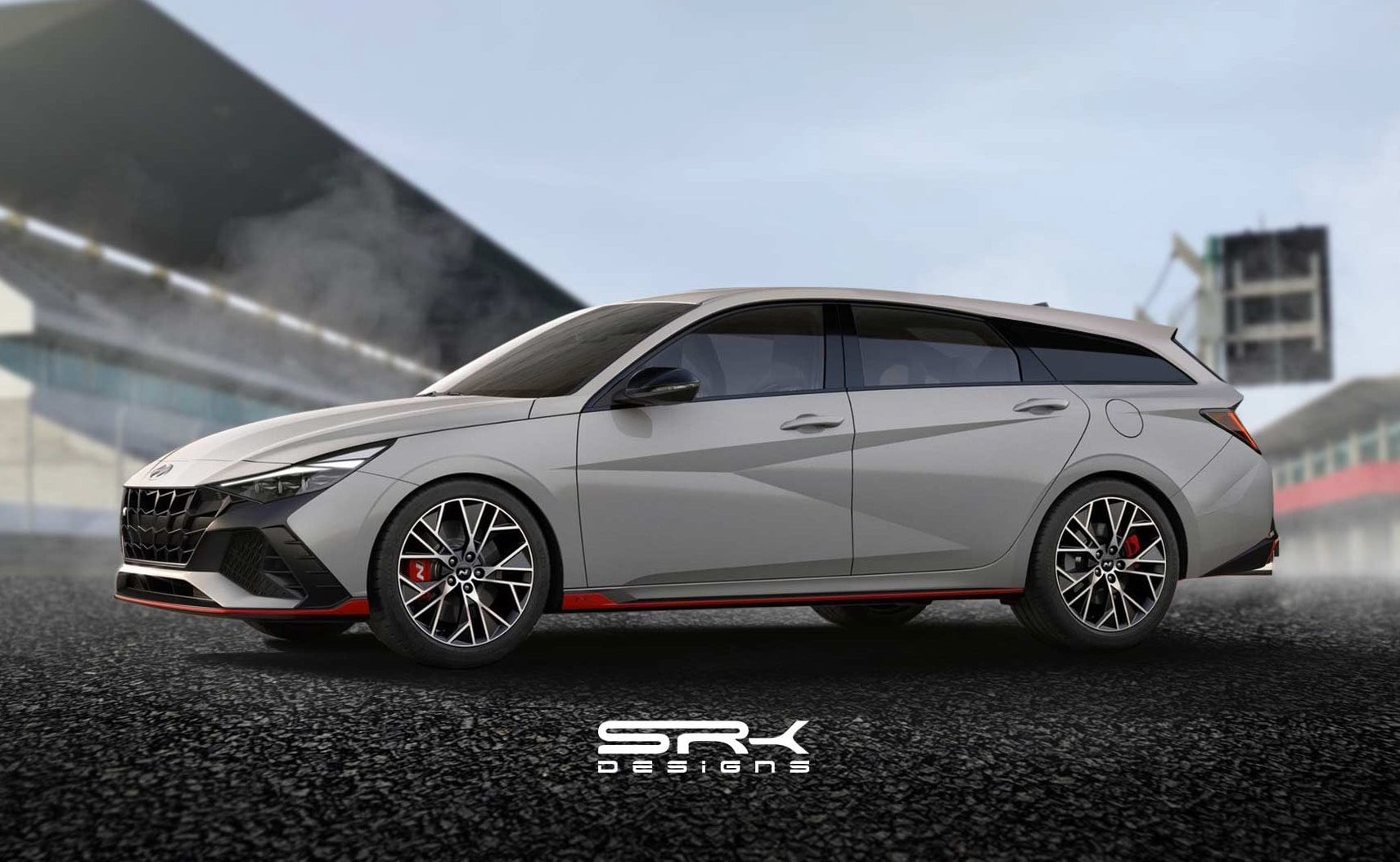 Desire for a modern, sharp-looking sports wagon always seems to run high among car fans. So how’s this for an idea, a wagon version of the new Hyundai i30 Sedan N (Elantra N). 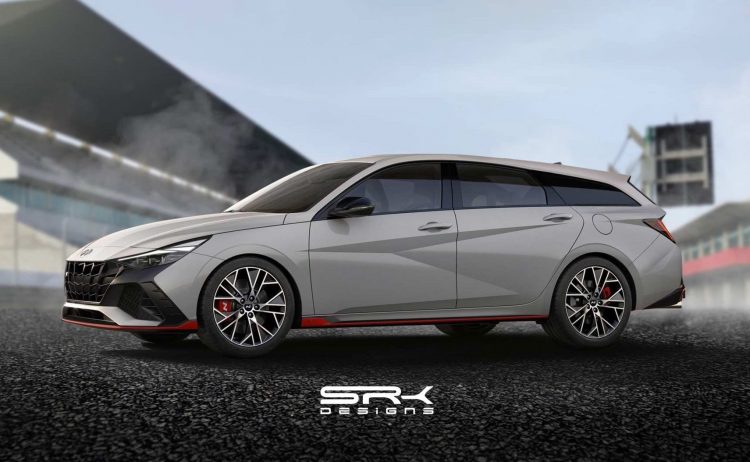 Remember the old Lantra Sportswagon from the 1990s? Take that, and turn it up to 11. Digital designer, SRK Designs, has put together a very appealing rendering of what such a vehicle could look like. Of course, using the beaut new i30 Sedan N as the foundations and affixing a wagon-like rear end is only a figment of the imagination of SRK. But boy does it look good.

It’s more of a four-door coupe wagon, really. A bit like the Mercedes CLA Shooting Brake. We think the underlying design of the new i30 Sedan/Elantra does seem to go well with this aggressive wagon layout, with its low and pointed front end, leading upward and rearward, with a steadily-rising waistline and panel creases.

The roofline also swoops down and seems to align perfectly to meet those inclining body lines. Obviously, being a coupe-like wagon, cargo space would not be all that great. But it would offer the benefit of flip-down rear seats and a hatch tailgate for easy loading of big and bulky items. The perfect weapon for a weekend ski trip, perhaps? 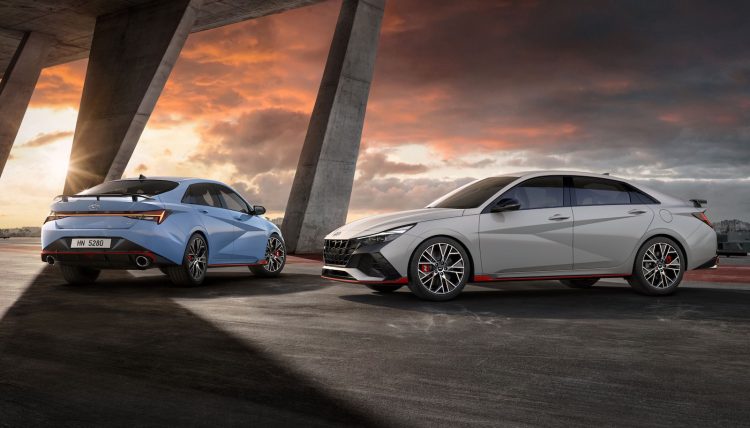 Speaking of which, since this is just an imaginative piece, we’d envision the ‘Elantra N Sportswagon’ as featuring the HTRAC all-wheel drive system from the Hyundai Santa Cruz. We know the system could handle the power of the i30 N’s 2.0-litre turbo, given the Santa Cruz ute uses the company’s 2.5-litre turbo four-cylinder which develops 210kW and 422Nm. For reference, the new i30 Sedan N/Elantra N’s 2.0-litre produces 206kW and 392Nm.

With the company’s new eight-speed dual-clutch auto, we’d expect a 0-100km/h time of around 5.0 seconds, considering the sedan with front-wheel drive does it in a claimed 5.3 seconds. With the great handling of the K3 platform and the awesome interior design of the new i30 Sedan, this would be a very tempting package.

Unfortunately, Hyundai does not currently have any official plans for such a vehicle. However, there has been talk of a Tucson N being in the works. We’ll have to wait and see.