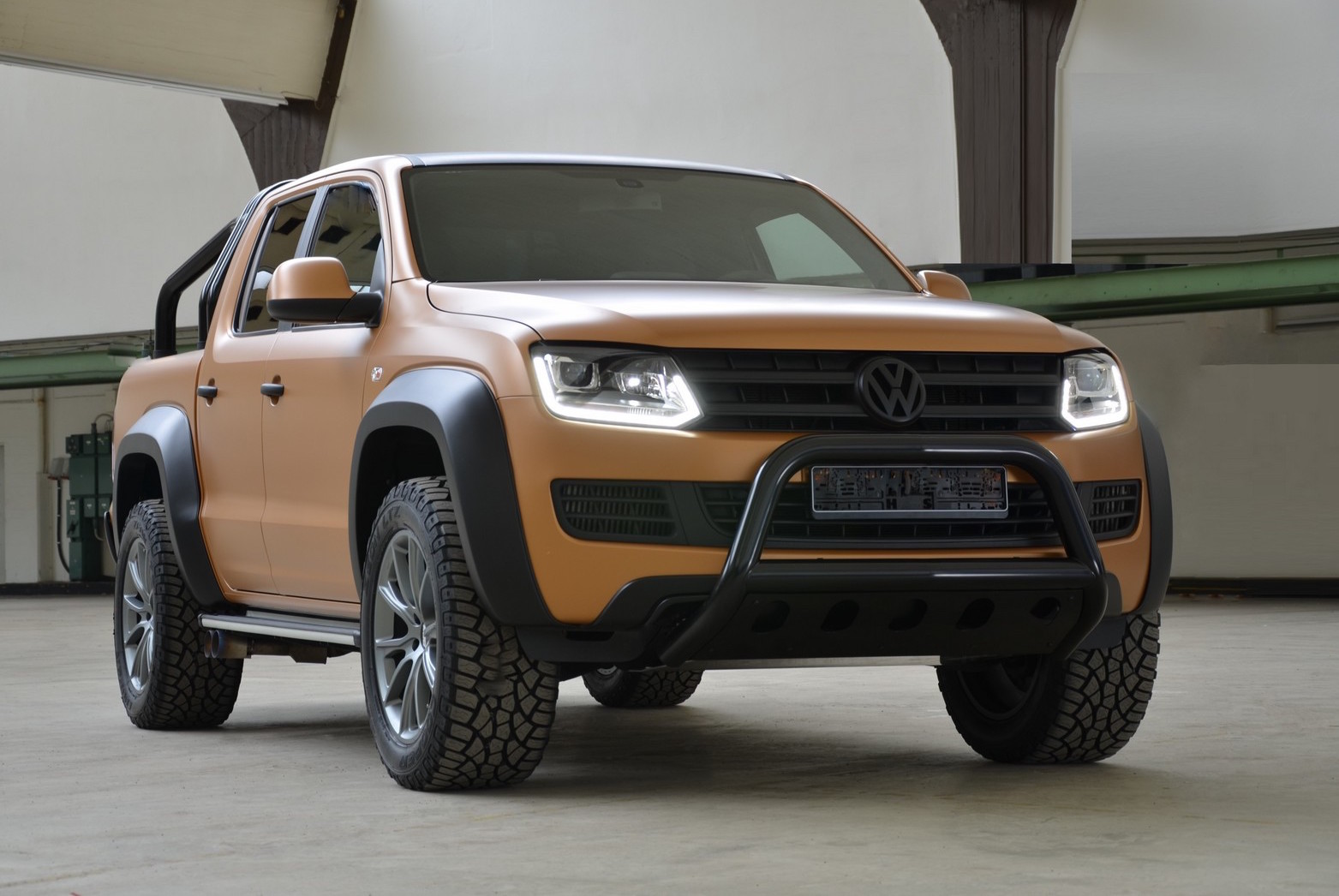 After a heavy duty 4×4 ute with power to back it up? This should tickle your fancy. It’s called the Volkswagen Amarok V8 Desert Edition by renowned Audi and Volkswagen tuner MTM. 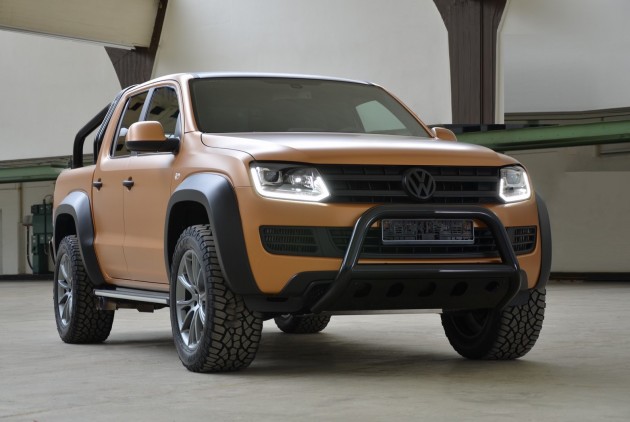 As you’ve probably guessed by the name, the Amarok Desert sports a V8 engine. But it’s not your usual V8. It’s a turbo-diesel 4.2-litre kicking out an impressive 306kW of power and an earth-rotating 929Nm of torque.

MTM says this mighty unit enables the ute to accelerate from 0-100km/h in just 6.0 seconds, while being capable of soaring on to a top speed of 240km/h. The engine is matched up to an eight-speed automatic, like in the regular Amarok.

Aside from the awesome engine, the Amarok V8 Desert Edition gets a number of styling enhancements to help separate it from the showroom version. There’s a set of 20-inch BBS alloy wheels with Cooper off-road tyres, and pumped wheel arches in matt black.

Speaking of black, the special model takes on the fashionable ‘black pack’ theme, with a black nudge bar and matching roll bar in the tray, a black front grille and badge, and black window trimmings with tinted windows. 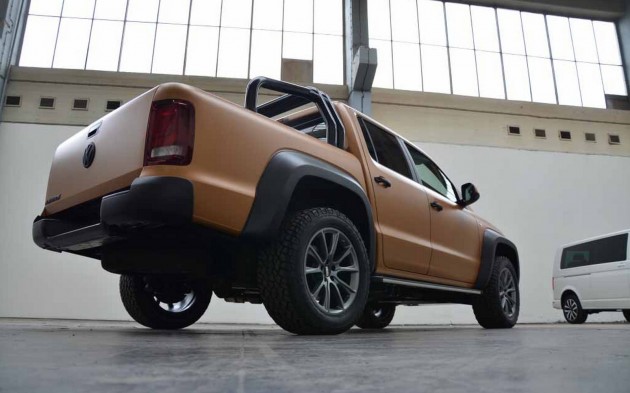 Inside, some trimmings have been changed for carbon fibre bits and pieces, and there are some new gauges on board, while the touch-screen interface has been upgraded to include TV.