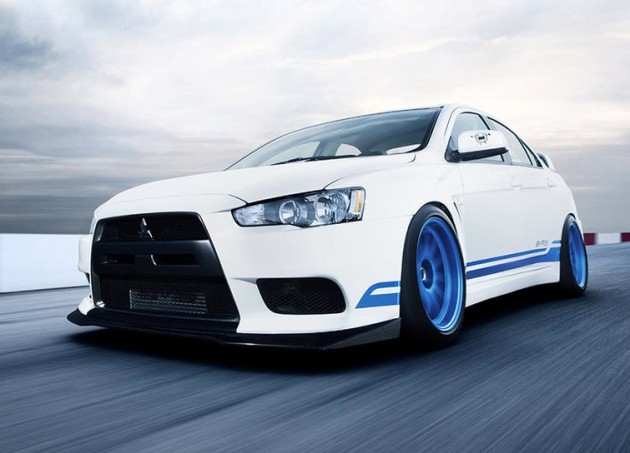 Although it’s fitted with loads of aftermarket tuning components, the 311RS is a factory-warranted model. It features a tuned engine, modified suspension, racing alloy wheels, a fresh bodykit, and some uprated brakes.

Starting with the engine, the 2.0-litre turbo features a catalogue’s worth AMS gear, including a new intercooler, a full exhaust system and dump pipe, a new intake setup, and a new engine computer. Overall, power is rated at 263kW while torque peaks at 486Nm (up from the factory 217kW/366Nm).

To ensure the Evo remains flat and planted on the road, the 311RS comes with JRZ RS1 race-ready suspension which has been set up by Evasive Motorsport for maximum track performance. It also provides that awesome fat and low stance. 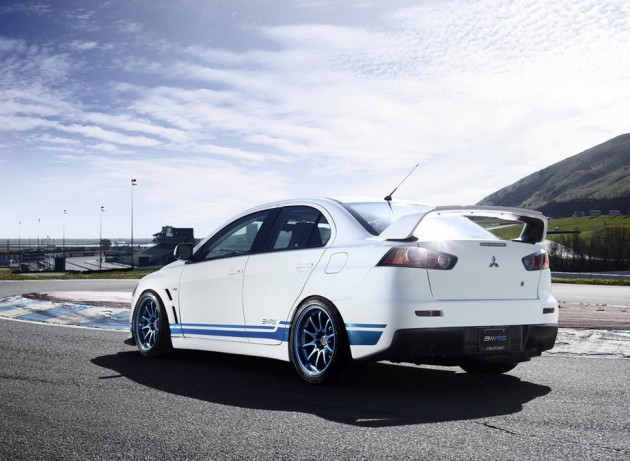 Lastly, to give the Lancer a distinguished look, a very low JDP front spoiler is added, while the back features a Voltex wing for added downforce. The two-tone white and blue colour scheme comes thanks to renowned auto artist Jon Sibal.

Just 11 examples will hit the market, and are expected to be snapped up very quickly. Prices for the package start at US$49,000, which is around US$3000 more than the top-spec Evolution X MR.