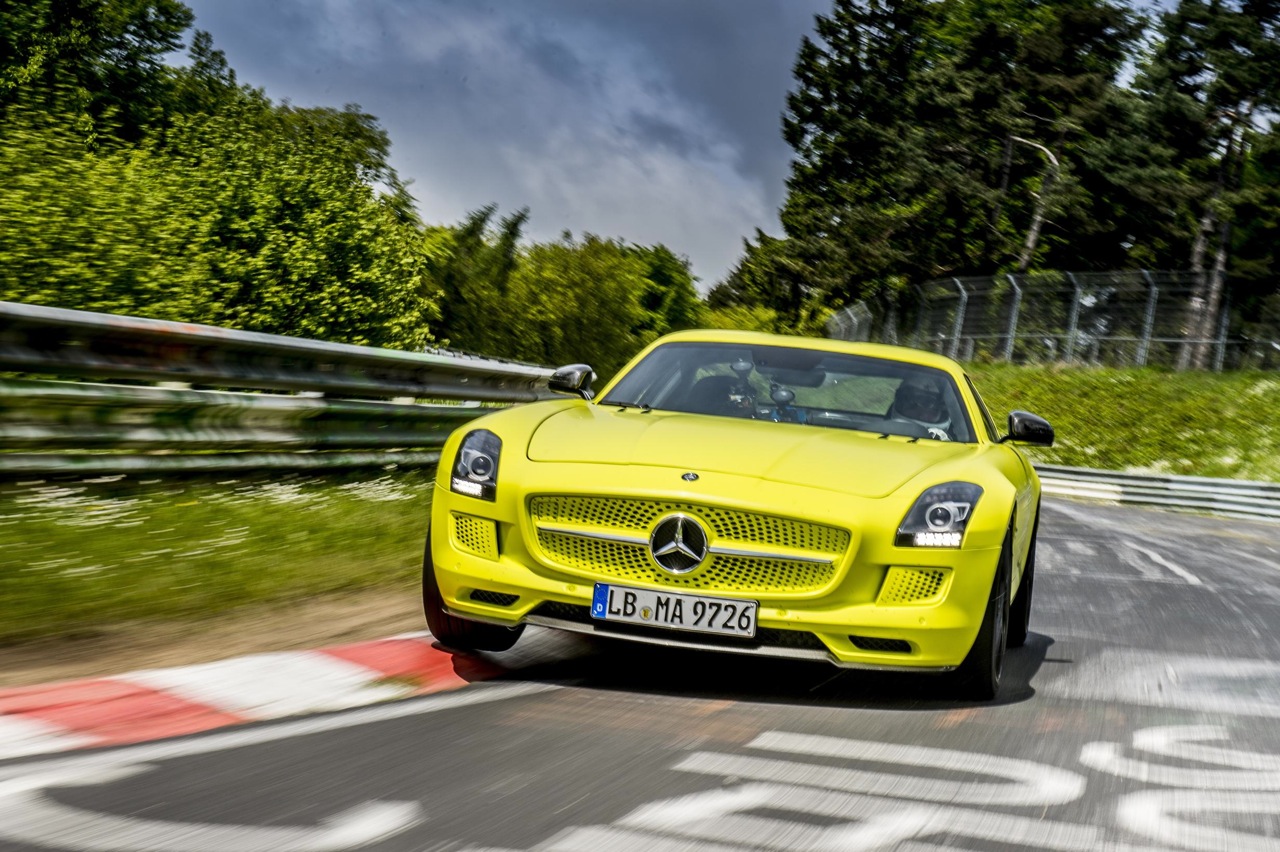 The fully electric Mercedes-Benz SLS AMG Electric Drive has just broken the Nurburgring electric vehicle (EV) production car lap record, posting a time of 7:56.234. This sort of time puts it on par with a Ferrari 430 and just behind a 997 Porsche 911 Turbo. 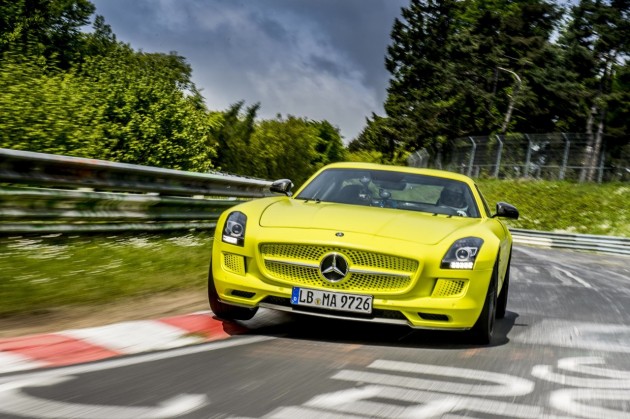 As you probably know, the Nurburgring is a 20.8km circuit which presents drivers, and cars, with a huge range of track characteristics. There are 154 different corners, a pounding ‘karussell’ banked hairpin, numerous dips and crests which can cause cars to get airborne momentarily, and long straights and uphill climbs.

With the conditions being so vast, the track places enormous pressure on vehicles. For an electric vehicle, the length alone is enough to drain the batteries in no time. Nonetheless, Mercedes-Benz has done it and done it the fastest in an EV.

The SLS AMG Electric is propelled by four electric motors – one at each wheel – using a 60kWh battery pack. They provide a maximum output of 552kW and 1000Nm. This kind of force is enough to launch the SLS from 0-100km/h in just 3.9 seconds.

Tobias Moers, head of overall vehicle development and member of the board of management of Mercedes-AMG GmbH, spoke about the triumphant effort, saying,

“For the first time, an electrically-powered series production vehicle has lapped the Nurburgring Nordscheife in under eight minutes. The record for the SLS AMG Coupe Electric Drive in 7:56.234 minutes on the Nordschleife shows the special position of our innovative and unique drive solution.

“With the extremely efficient battery technology deriving from Formula 1, four electric motors positioned close to the wheels, the individual wheel torques ‘AMG Torque Dynamics’, the SLS eSound and our ambitious ‘AMG Lightweight Performance’ design strategy, the SLS AMG Coupe Electric Drive generates a breathtaking sensation unlike any other model out on the road.”

The electric supercar will hit some international markets starting from June this year.