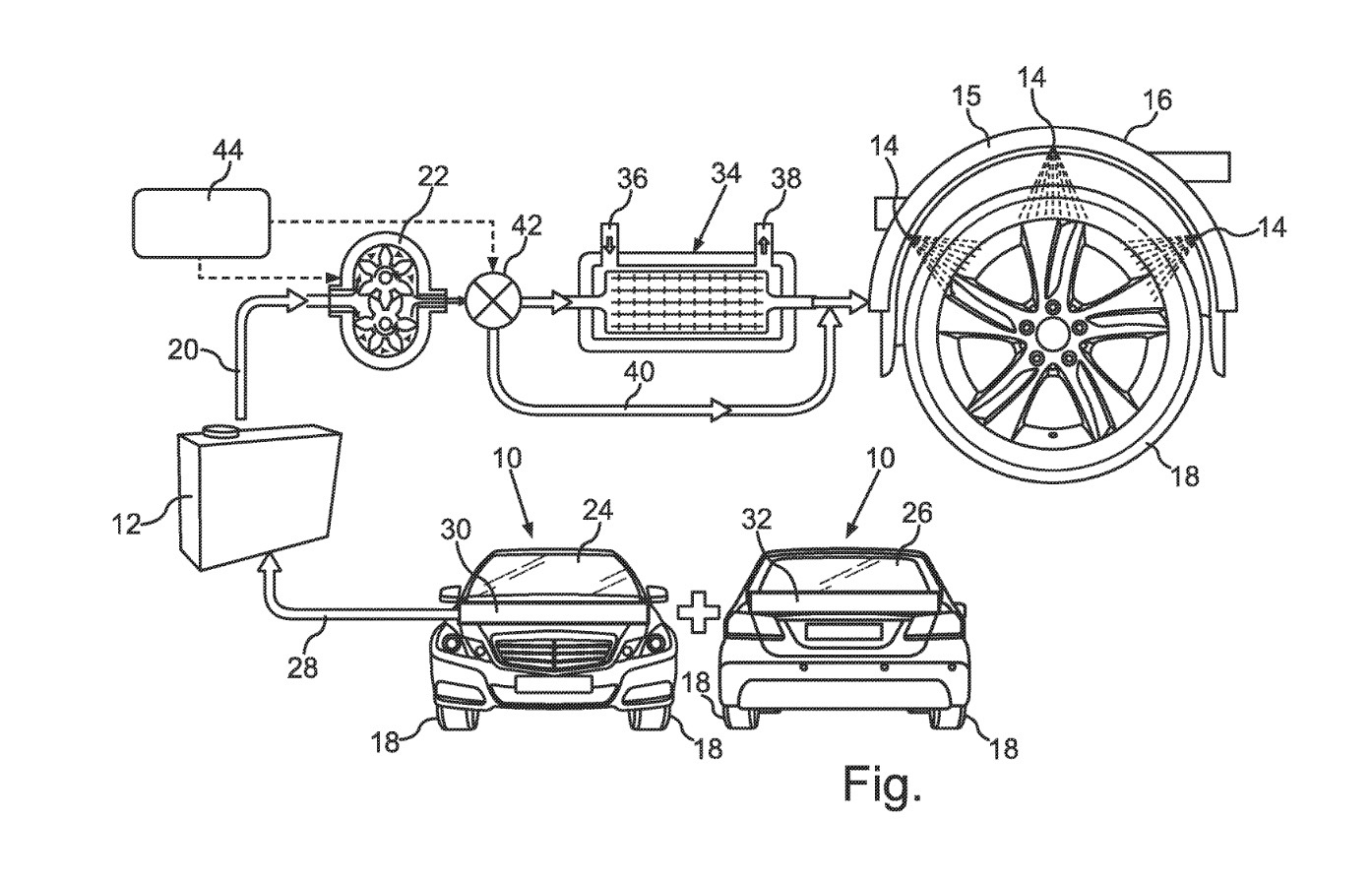 Automotive spies have found one of Mercedes-Benz’s latest patent applications, detailing a system that sprays water over the tyres to cool them. 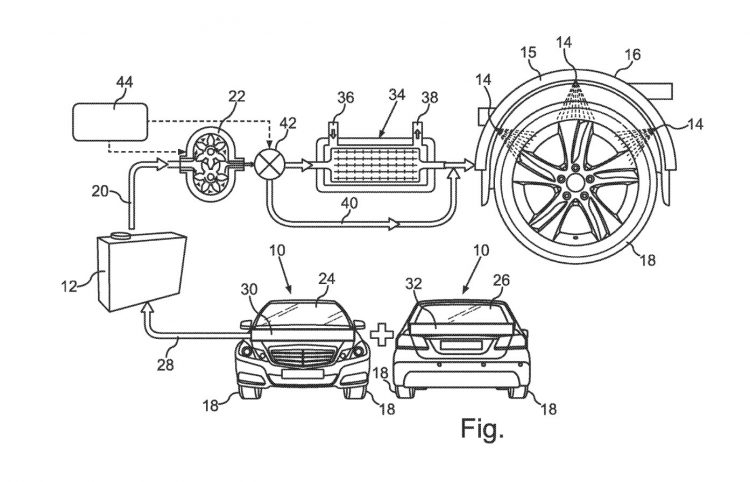 The application was submitted to the UK’s Intellectual Property Office (IPO) a week ago, and is described by Daimler as a “vehicle with reservoir for storing a fluid to be applied to a tyre”.

Mercedes anticipates this design could be used in cold climates, with the water “forming at an interfacial layer of ice at the interface refreezes to form a bond between the object and the ice or snow”.

The tank could also be filled with a thawing agent, like ethylene glycol, and be sprayed across the tyre’s surface to assist with traction in snow. On the flip side, in extremely hot conditions, the system could act to maintain optimum conditions for the rubber.

Mercedes has also detailed some possible futuristic applications of the technology. In a highly connected world, cars could communicate with each other regarding ice or dirt on the road surface. A signal could then be sent out to all vehicles in that particular area, and their on-board tanks could either treat the vehicle’s wheels, or spray liquid to clean the road’s surface.

We’ve seen ‘smart-city’ models like this before, with Volkswagen also making strides in the development of connected transport infrastructure.

Daimler says the system is able to check for live rainfall thanks to an array of sensors on the windshield and rear window, which also capture water for the on-board reservoir.

As this is simply a patent application, there’s no indication this technology will filter down into Mercedes Benz road cars any time soon, but it does indicate a new generation of increasingly connected vehicles.