Mercedes-Benz has announced a special edition of it flagship C-Class in Europe, called the Mercedes-Benz C 63 AMG Edition 507. The editions are available in coupe, sedan, and estate wagon forms, and bring even more horsepower to the belting V8 engine. 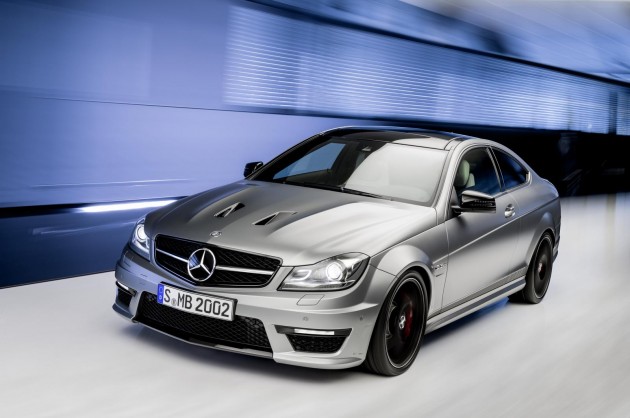 Have a guess how much power these bad boys are producing? Yep, you guessed it, a whopping 507 horsepower (metric), or 373kW in local language. This makes it just 7kW shy of the mega Mercedes-Benz C 63 AMG Black Series.

Torque peaks at 610Nm, up 10Nm on the ‘normal’ C 63 AMG. The power figure is up from the standard 336kW, or 358kW with the Performance Pack option. The revised engine tune gets forged pistons and conrods, and a lighter weight crankshaft to help out with the horsepower gains.

Adding, or reducing rather, to the weight reduction is a set of composite brake discs and red high performance multi-piston calipers. Ola Kallenius, chairman of the board of management of Mercedes-AMG GmbH, recently spoke about the new edition, saying,

“The C 63 AMG with the classic AMG 6.3-litre high-revving V8 naturally aspirated engine is one of the most popular AMG high-performance cars in the world.

“With the new C 63 AMG “Edition 507″, we are offering our loyal customers an attractive model variant which boasts even higher performance and at the same time is visually exciting.”

See below for the full specifications of each variant. It’s unknown at this stage if the editions will make their way to Australian shores. We’ll keep you updated.

UPDATE: The new version will arrive in Australian showrooms during the later half of 2013. Prices are yet to be announced.