Mercedes-Benz and its performance sector AMG have released a new iPhone and iPad app called the C 63 AMG Black. It’s free and available now through iTunes. 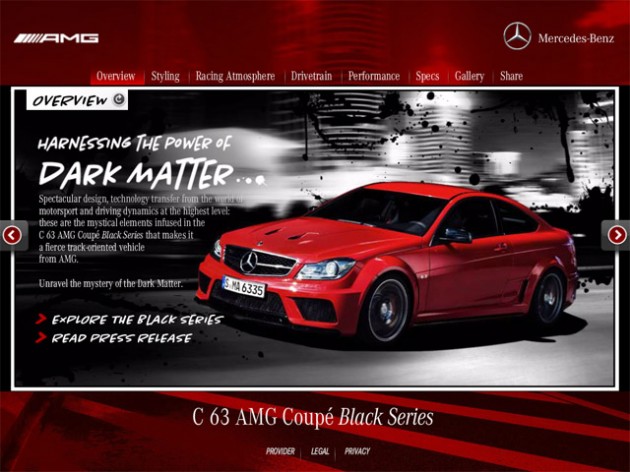 Showcasing the high performance V8 sports car, the app allows users to browse through its specifications, download stunning wallpapers and explore its ‘racing atmosphere’. There’s also options to share on social media sites, and read about detailed overviews on its styling and drivetrain.

The entire car is set up much like a race car, only it features more comfortable racing bucket seats, and various in-car luxuries and equipment, such as a stereo system, as well as electronic driving aids to keep it straight under heavy cornering and hard acceleration.

It also comes with racing-style suspension, high performance brakes, lightweight allow wheels, and a moderately stripped out interior. On the outside it shows off an awesome wide-body bodykit with huge flared wheel arches and aggressively low front and rear bumper bars.

Head over to the iTunes store to download the app.