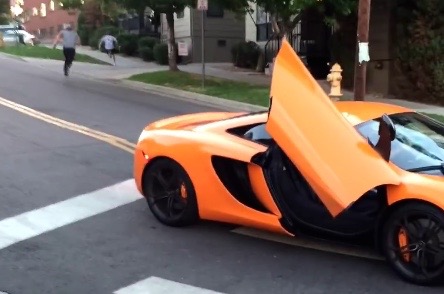 There’s either a really annoyed McLaren driver or a very bankrupt young skater out there tonight, following this incident.

As far as we know the driver of the MP4-12C apparently missed a stop sign, causing a run-in with a skateboarder crossing the road. Needless to say, the skateboarder was running high on testosterone after the apparent near-miss and took matters into his own hands.

As the video below shows, the young skater attacked the McLaren with his skateboard, shattering the windscreen. He then fled on foot. It all happened somewhere outside of Dallas, Texas.

The video has sparked a furore on social media, with Reddit and YouTube commenters divided as to who was at fault. We’re here only to report the details, so check out the video and offer your opinion below.