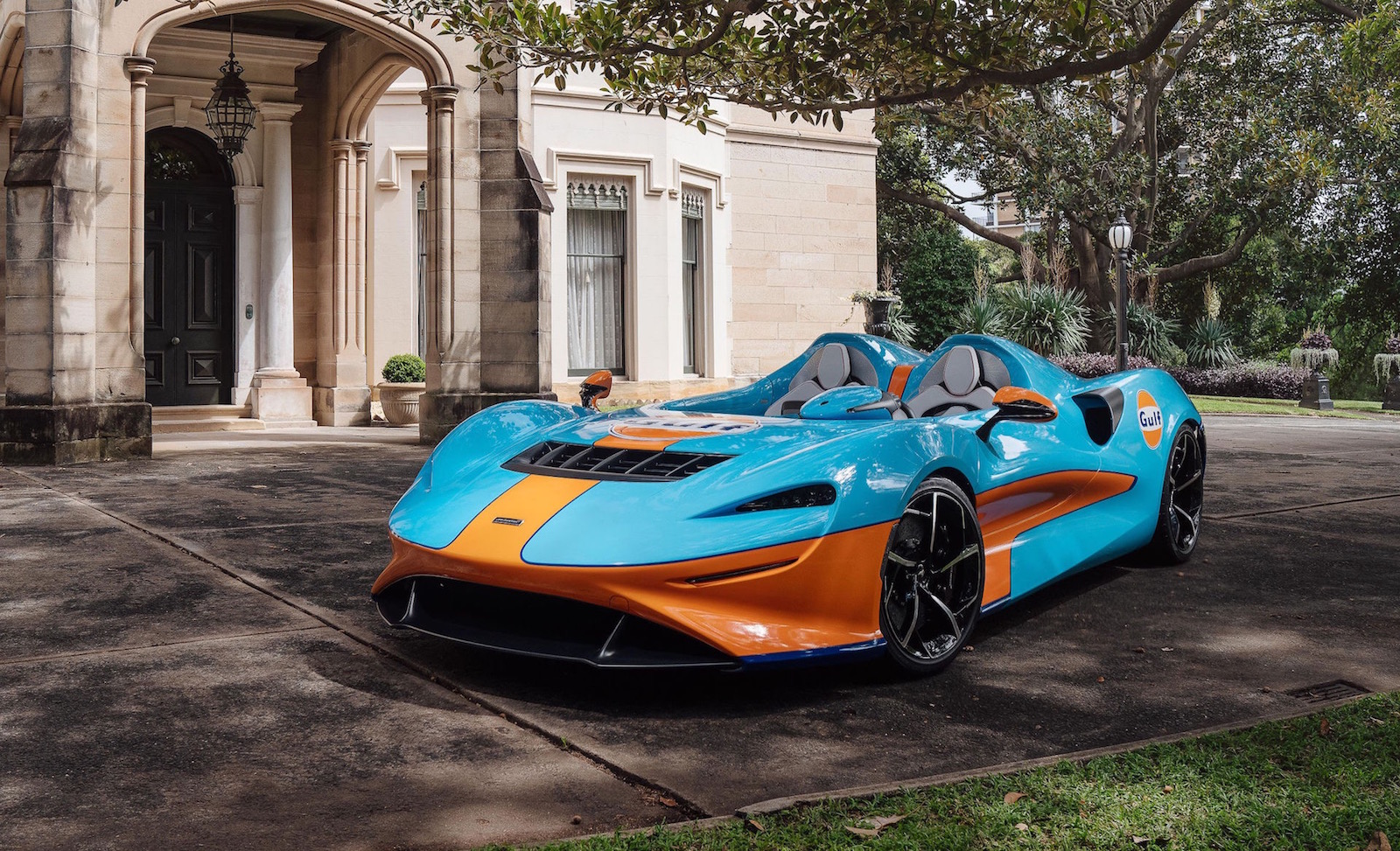 A very special McLaren made its Australian debut at the 2021 Sydney Concours d’Elegance event over the weekend, based on the Elva and complete with a custom Gulf Racing livery carried out by the McLaren Special Operations department. 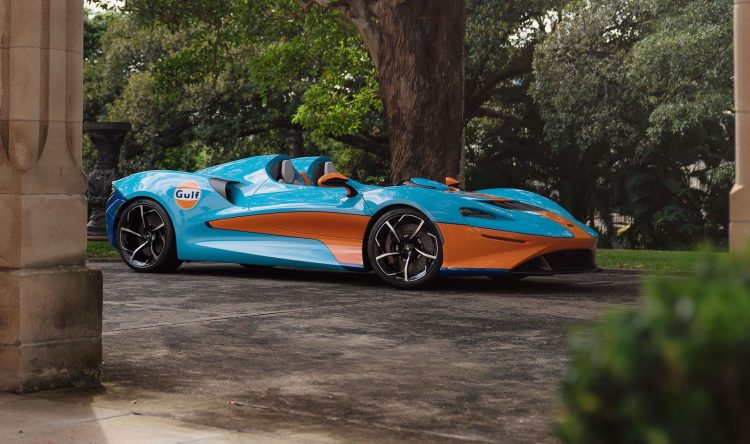 The McLaren Elva is already an extremely rare model from McLaren, with just 149 examples set to roll out from the production facility in the UK. This Elva Gulf theme version was unveiled at the Goodwood SpeedWeek live stream event in October, and was designed to celebrate a renewed partnership between the two legendary brands.

McLaren and Gulf Oil began a new partnership recently, rekindling collaborations from the 1960s and ’70s. To mark the occasion McLaren took one of its rarest and most exotic models and gave it to its MSO department for a custom colour scheme in the Gulf Racing theme. Speaking about the Elva Gulf, George Biggs, managing director got McLaren Asia Pacific and China, said:

“The McLaren Elva Gulf Theme embodies the racing legacy which we have inherited from our founder Bruce McLaren. He was a racer, an innovator and a true leader, his pioneering spirit lives on through the work we strive to accomplished at McLaren each day in his honour.” 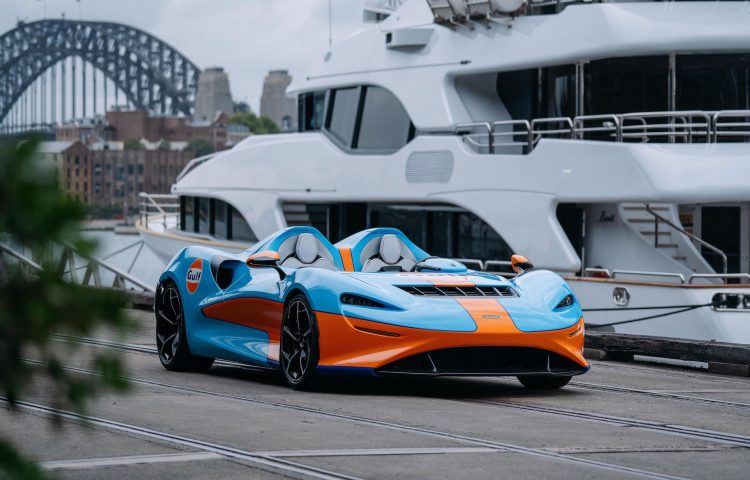 To refresh your memory, the Elva is powered by a 4.0-litre twin-turbo V8 that belts out 600kW and 800Nm, making it one of the most powerful roadster production cars ever. Acceleration from 0-100km/h takes a claimed 3.0 seconds, with 0-200km/h clocked in just 6.7 seconds. It’s fast, in other words.

Also on display at the 2021 Sydney Concours d’Elegance event, which was held in the gardens of Swifts Mansion, in Darling Point, was a 765LT as well as a McLaren GT.