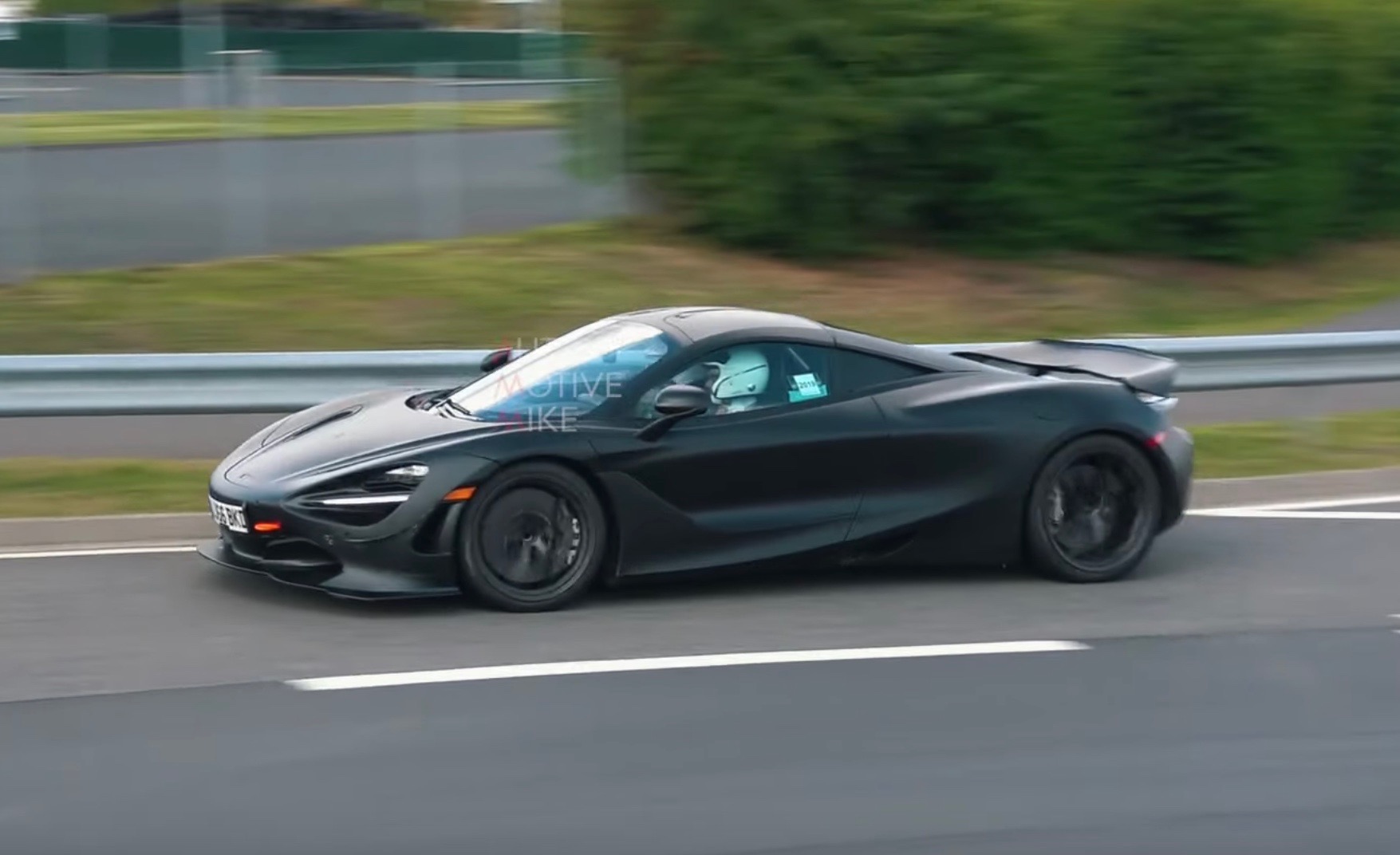 McLaren has bee spotted testing a mysterious prototype at the Nurburgring, with all signs suggesting it is the makings of a new LT (Long Tail) version of the 720S. A McLaren 750LT, perhaps? A matt black 720S was spotted at the Nurburgring during an industry testing period, which suggests it is an official manufacturer’s vehicle. A quick number plate lookup via the UK vehicle enquiry website shows the car was manufactured in 2016, with first registration in November of that year. McLaren has probably been using this specific 720S as a base for testing various components over the years.

There are some very interesting details that stand out, however. At the front you’ll easily spot the more aggressive front spoiler which is moulded in perfectly to the 720S’s nose. There’s also large side winglets poking out from the corners, adding downforce for improved cornering grip and speed.

As with previous Long Tail models, such as the 675LT and more recently the 600LT, the 720S-based LT will no doubt feature a longer body. Specifically, the area rearward of the cabin is set to be stretched for a more elegant stance and to help with high-speed stability. This philosophy was first seen with the original McLaren F1 GTR Long Tail racing cars that competed at Le Mans in the 1990s.

According to reports McLaren has been planning an LT version of the 720S for a while, with mentions of a debut slated for later this year. We’ll have to wait and see. In the meantime, check out the spy video below for a preview.