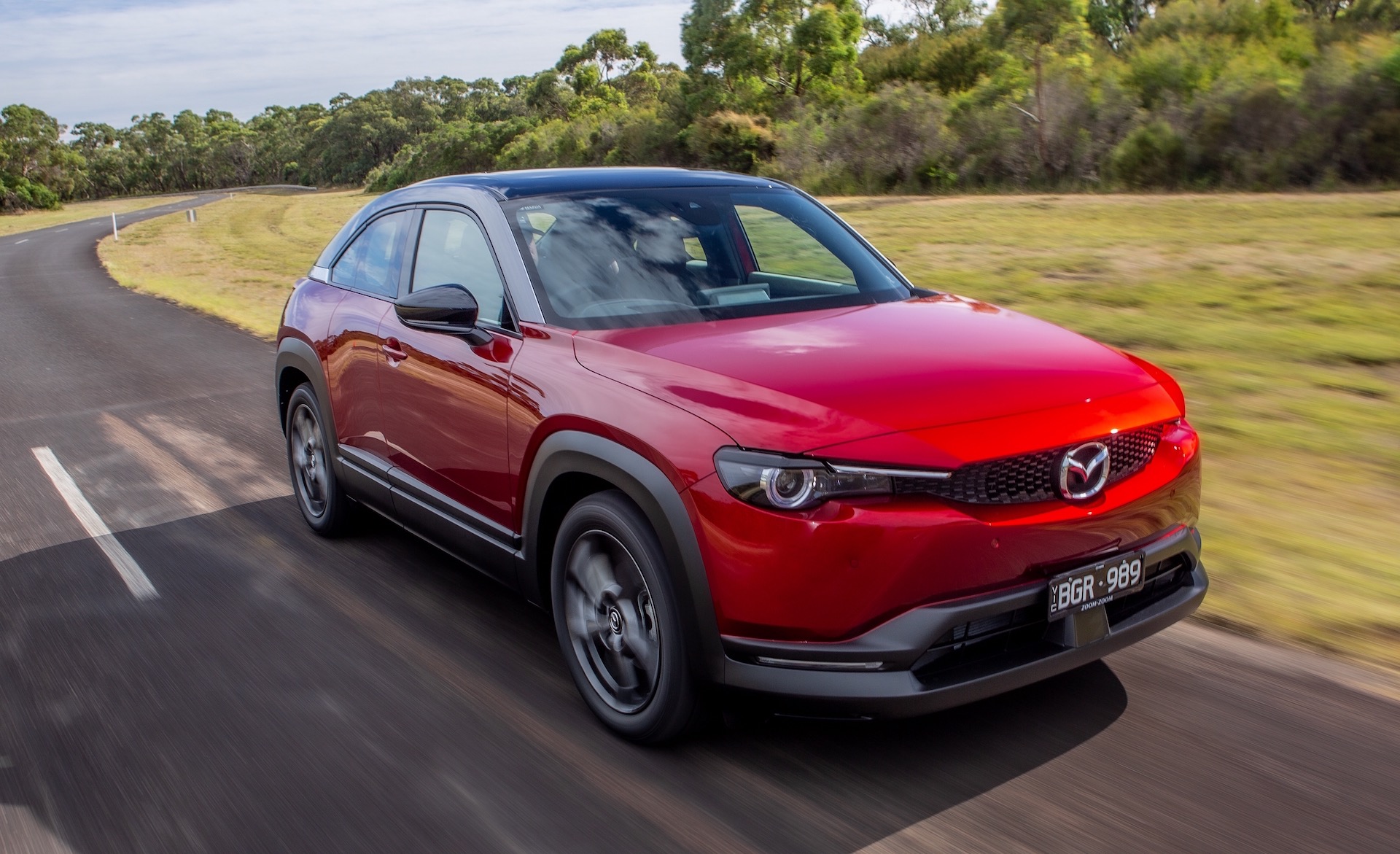 Mazda Australia has released prices and specifications for its new MX-30 M Hybrid, which is available in G20e Evolve, G20e Touring, and G20e Astina trim levels. The local arm also confirms an all-electric version will arrive later this year. 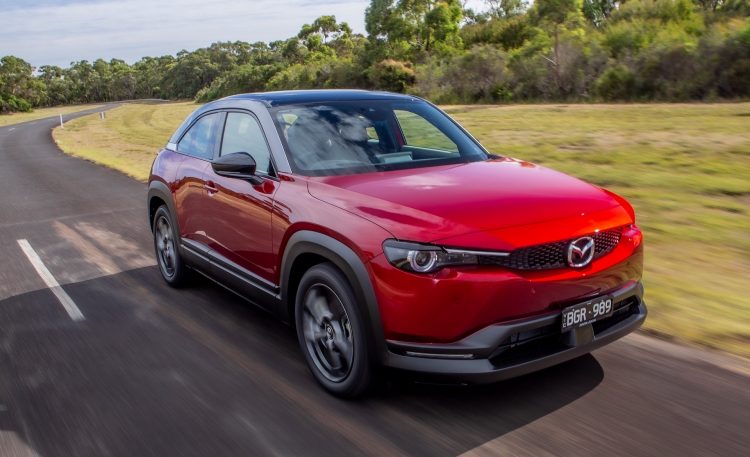 Mazda’s first-ever M Hybrid range will feature a 2.0-litre four-cylinder petrol engine, with additional power supplied by an integrated starter generator. Output is rated at 114kW, which is sent to the front wheels via a six-speed automatic transmission.

The system offers a combined fuel consumption rating of 6.4L/100km, emitting 150g/km of CO2. The M Hybrid features regenerative braking, and a new stop-start function with a belt-driven starter that helps to spin the engine’s crankshaft. 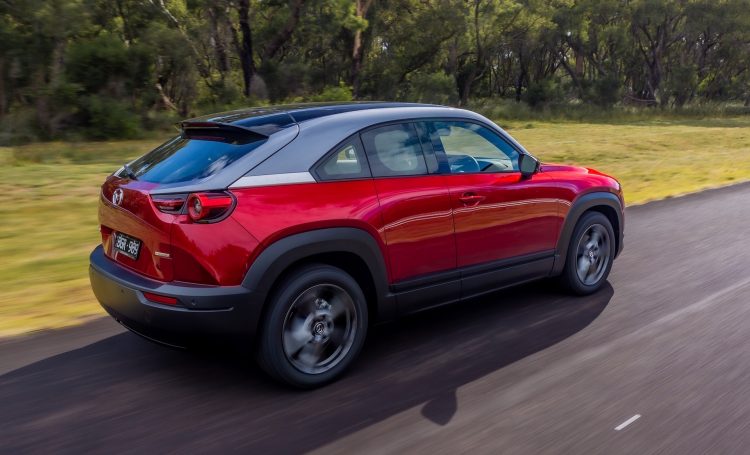 An additional safety package known as the Vision Technology pack can be optioned for the cheaper Evolve and Touring variants which adds a 360-degree monitor, cruising and traffic support, driver monitoring, front cross traffic alert and front parking sensors.

Mazda says the MX-30 M Hybrid lineup will be covered by a servicing plan that will see owners paying around $1942 over the first five-years or 50,000km. Mazda’s Australian managing director, Vinesh Bhindi, said:

“Since we unveiled the first ever Mazda MX-30 to Australia in December 2020, we have received highly positive feedback for its design and environmental attributes. Now in 2020, we bring MX-30 M Hybrid to showrooms with a three-pronged range: the exciting G20e Evolve, sporty G20e Touring and high-specification G20e Astina. The MX-30 Electric will follow later in 2021.”

The new model is on sale from the following prices (excluding on-roads):