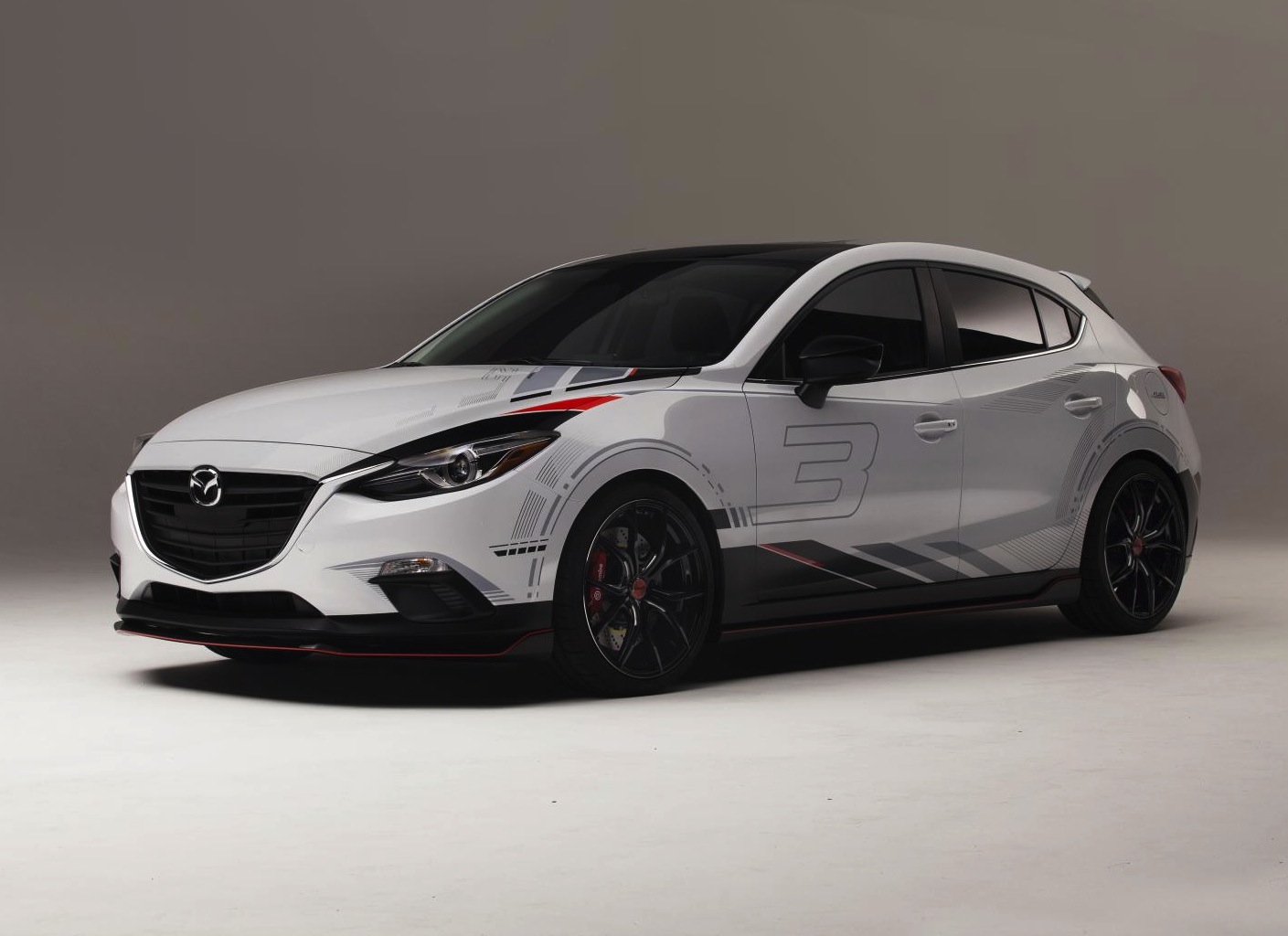 Mazda is getting in on the SEMA Show action and has unveiled four racy concepts, two of which, called the Mazda Club Sport 3 and Club Sport 6, have been set up for track work. All four cars showcase the tuning potential of the latest Mazda3 and Mazda6. 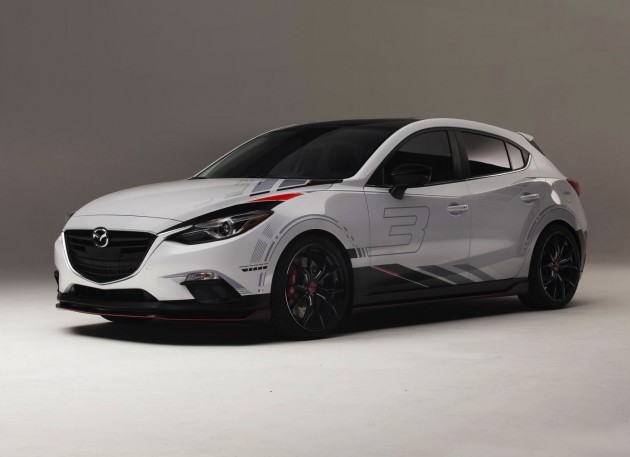 The Club Sport 3 concept is quite possibly one of the first ever tuning kits applied to the all-new Mazda3. It uses a 2.5-litre SKYACTIV-G engine matched up to a modified SKYACTIV-Drive six-speed manual derived from the unit used in the Mazda CX-5 SUV.

Directing the power through the front wheels via a Wavetrac limited-slip differential using 4.7:1 gearing for optimum acceleration, the Mazda3 would be perfect for track days and club events.

You can tell this project has been set up for pure track driving, as it also comes with full Cusco coilover adjustable suspension, a Racing Beat exhaust system, and a very serious Brembo brake package consisting of 380mm two-piece discs and six-piston calipers.

Completing the kit is a set of Rays 57 Motorsport G07FXX lightweight alloy wheels wrapped in Bridgestone Potenza RE-11 235 tyres. There’s also a Mazda Design aero kit with neat yet aggressive front and rear spoilers, a rear diffuser, and contrasting highlights. These body parts will be available for Mazda3 customers next year.

Inside is similarly themed, with leather sports seats and various red highlights. It’s set up to look and feel of premium quality with a clear sporty edge.

As for the Mazda Club Sport 6 concept, the overall character of the package is much the same as the Mazda3. It uses a SKYACTIV-D 2.2-litre diesel engine though, producing 129kW and 420Nm. Giving it that track-focused look is a Mazda Design bodykit, while a set of Rays 57 alloys are used as well.

Along side the Club Sport concepts are two other interesting creations, called the Vector 3 concept and Ceramic 6 concept. Both go for more of a cosmetic theme with performance suspension and wheels.

The new Mazda3 will go on sale in Australia during the first months of 2014.