Australian Marcos Ambrose has taken pole position in NASCAR for the second week in succession at the Sonoma Road Course in California. 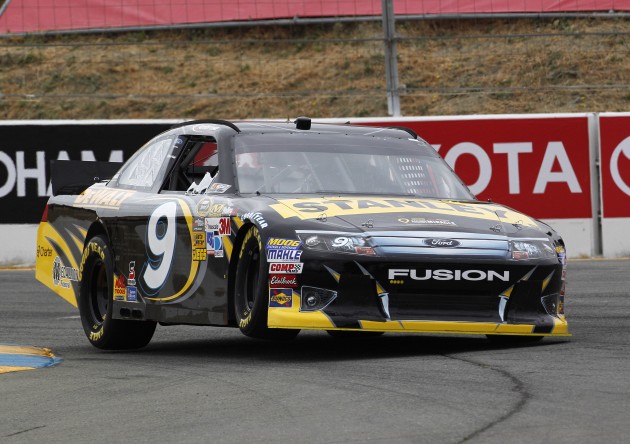 Ambrose clocked a time of 1:15.203, which was 0.15 seconds faster than the next quickest time set by Hendrick Motorsports Chevrolet driver, Jeff Gordon,

Ambrose told media afterwards that it was great to score pole position, but he’s keen to take his first win at Sonoma.

“I haven’t converted to a win here yet but we have always had great speed,” Ambrose said. “On the Stanley team here at Richard Petty Motorsports we knew coming in to this weekend we had a chance to win and we have tried really hard to make it happen.”

The former V8 Supercars champion believes  it’s not true that many regular NASCAR drivers aren’t good on road courses and believes it will be hard to win at the California circuit.

“You think that half the field can’t get around the road course but that is a fallacy,” Ambrose said. “That is not right. These guys know how to get around here and are seriously good.

“We race against each other every week and we know who we can push around and who we can’t. We know the cars really well too. We know how to tune them. What other racing car has a truck arm rear suspension with a spring half way inboard from the tire? What other car has steel wheels? What other race car has way too much power for the level of grip? It is one of the heaviest race cars you will ever drive. 3,500 lbs is a seriously heavy car. That is what makes the sport so great. I am not surprised that road ringers can’t adapt to these vehicles because they are very unique.

“I think you would struggle to find another racing car that handles quite like these NASCAR Sprint Cup vehicles. They are a beast to drive. Most road racers are used to a car driving them around the track pretty much. A stock car won’t do that around here. You have to really handle it and drive aggressively and get the most out of it.

“The level of talent is exceptionally high.”