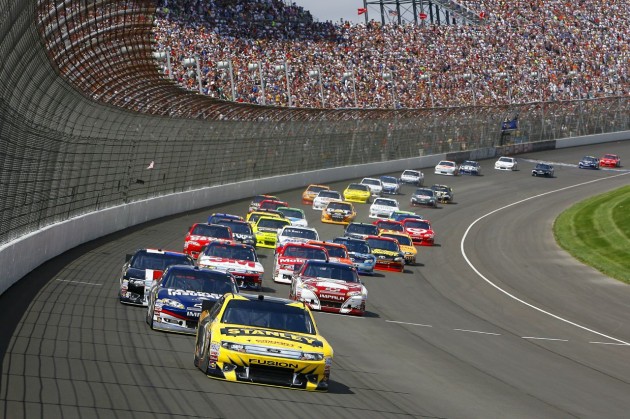 The former V8 Supercars champ was running in the top three for the first half of the race and was even in the lead at one point. But Ambrose dropped off the pace and it was the sport’s most popular driver Dale Earnhardt Jnr who ended a four-year drought as he took the chequered flag.

Ambrose said he was pleased with just his second top 10 finish in the 15 races so far in the 2012 Sprint Cup season.

“We will take the top-ten, but we had a great car today and we lost a little bit of track position and it hurt us there,” Ambrose said.

“I am proud of my Stanley team; we led some laps and looked good up there.

“It was a strong day for us, not quite what we wanted, but we will take it and move along to Sonoma.”