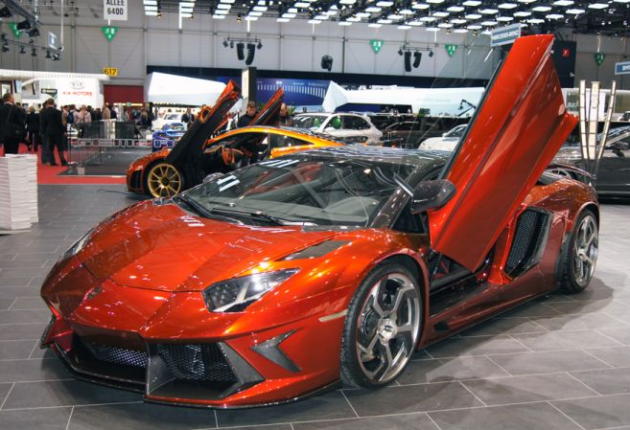 If you’ve got a high school reunion coming up, this would have to be the ultimate look-how-impressive-I-am vehicle to roll up in. It’s so dramatic from every angle, especially at the back. Seeing one on the street could potentially have onlookers stopping in their tracks, with their jaws on the ground.

Mansory doesn’t really do engine performance upgrades all that much, it more specialises in visual modifications. Extreme interior and exterior modifications that is. And the Mansory Lamborghini Aventador is no different.

It features a full bodykit – yes, a bodykit for a Lambo – with new front and rear bumper bars, side skirts, and a new rear spoiler and cyber space diffuser and vents. There’s also exposed bits of carbon fibre pointing out from the front, and an exposed roof and A-pillars. 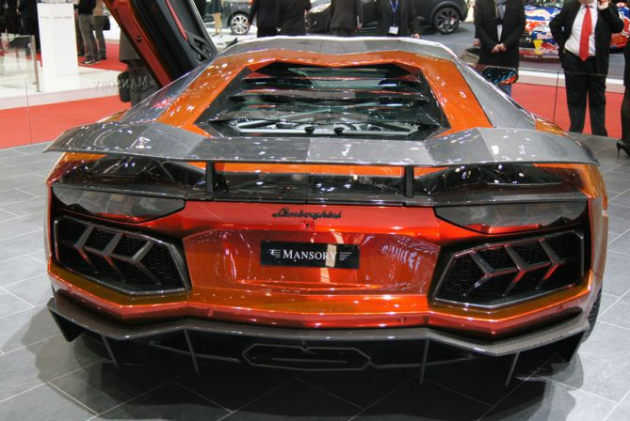 The Mansory Lamborghini Aventador rolls on super-lightweight forged alloy wheels that feature carbon inserts. These measure 9 x 21 inches on the front, and a massive 13 x 21 inches on the back, wrapped in 255/30 ZR20 and 345/25 ZR21 tyres, respectively.

Mansory couldn’t leave it at that, so the interior also gets a complete makeover, with reupholstered leather seats, leather dashboard trimmings, and a new carbon fibre steering wheel. There’s also new aluminium pedals.

Still not satisfied with the overall package, something had to be done about the engine power output. So Mansory retuned the ECU to give it an extra 40kW and an extra 60Nm, resulting in 555kW and 750Nm.

No word has been mentioned on pricing. This kind of performance is obviously for the mega rich enthusiast. Simply gob-smacking.