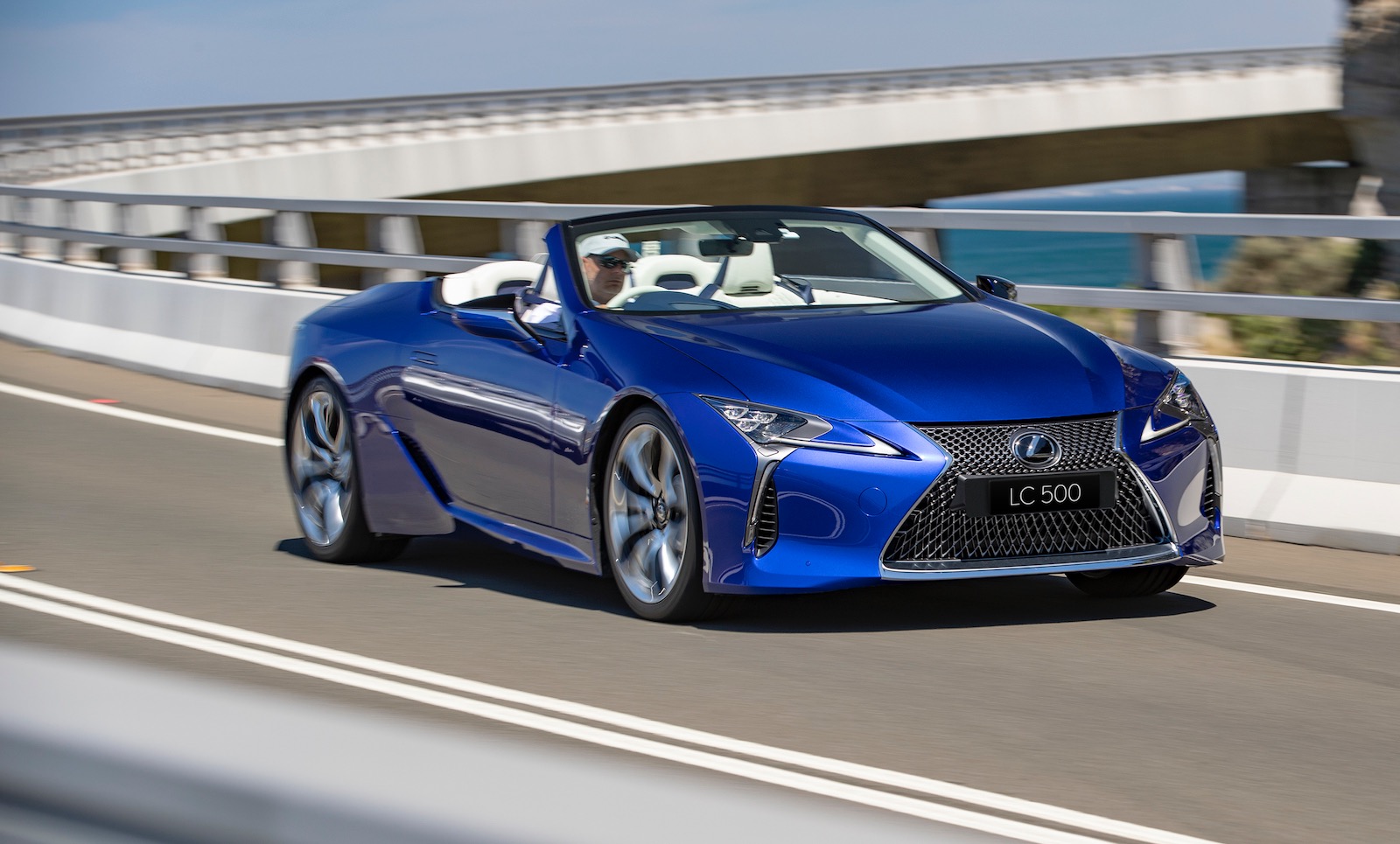 The results of the 2021 JD Power US Vehicle Dependability Study are out, with Lexus, as usual, coming out on top. Porsche, Kia and Toyota also scored highly, with the usual suspects at the bottom of the rankings. 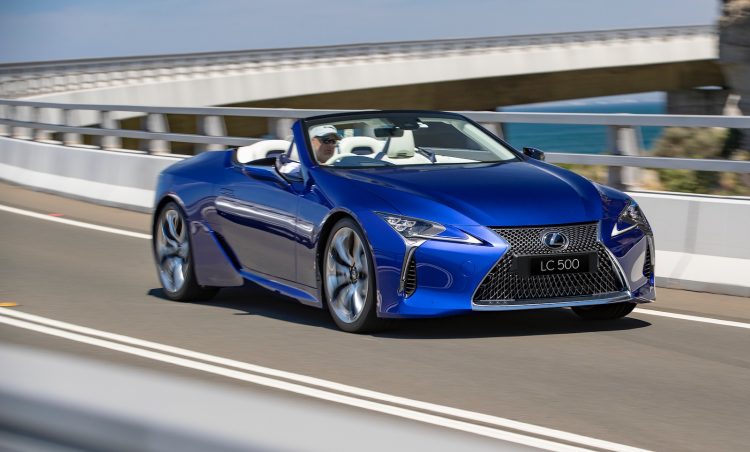 This year’s survey was applicable to 2018 model year vehicle owners, with results based on the responses of 33,251 original owners in regards their ownership experience over the past 12 months. Although, the survey was carried out from July to November, 2020. The survey then translates the results into a ‘problems per 100 vehicles’ (PP100) score.

JD Power found that 2018 model vehicles are among the highest-quality and most dependable models than previous years, with an industry average of 121 PP100. That’s the lowest/best score in the survey’s 32-year history. Dave Sargent, vice president of global automotive at JD Power, said:

“Today’s three-year-old vehicles are of higher quality and more dependable than in previous years. Most owners aren’t experiencing their vehicles breaking down or falling apart but, for many, vehicle technology continues to function poorly or inconsistently. If an owner can’t rely on a system to work as they expect, it is also considered a lack of dependability.

All eight problem categories showed improvement this year, with exterior reporting just 3.7 PP100, and the drive experience seeing just 2.2 PP100. The area of media interface and connectivity reported the lowest level of improvement, and remains the category with the most problems reported. 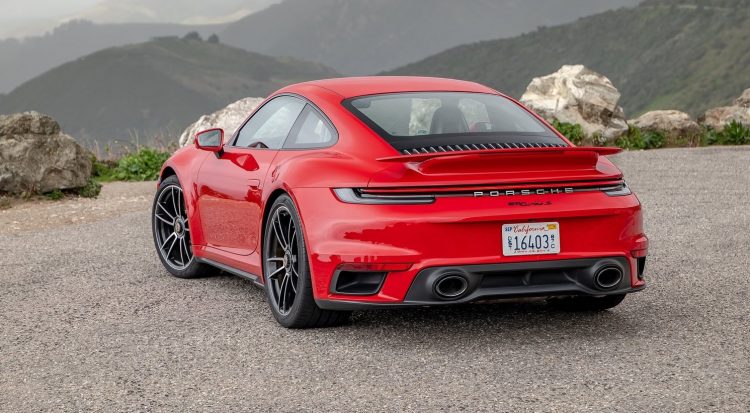 Overall, the results show that cars remain the most dependable vehicle type according to the survey, with trucks and SUVs showing room for improvement. Korean and Japanese vehicle brands were among the best performers, with a score of 115 PP100, while European brands scored 131 PP100.

Interestingly, Tesla vehicles were profiled for the first time. In the past the brand was not included in the survey because Tesla does not give permission to JD Power to survey its customers in 15 states where permission is required. However, this year JD Power says it had collected enough data from the other 35 states, providing “a robust sample” of survey results to come up with a score. It scored 176 PP100, which is among the worst of the vehicle brands in the survey. 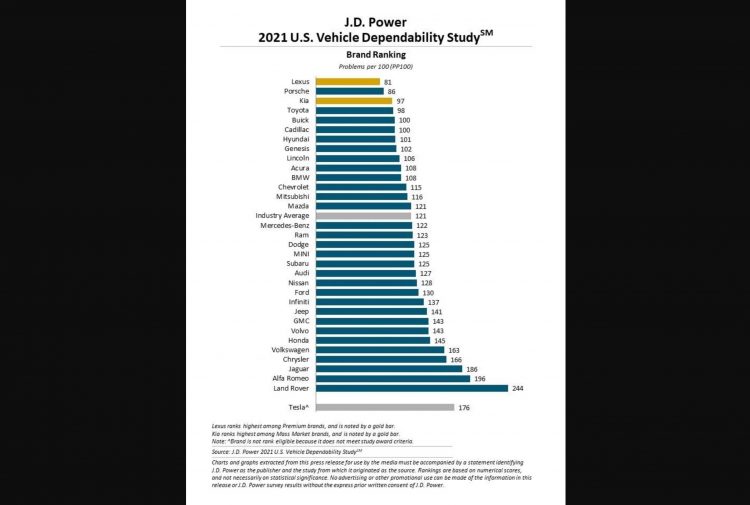 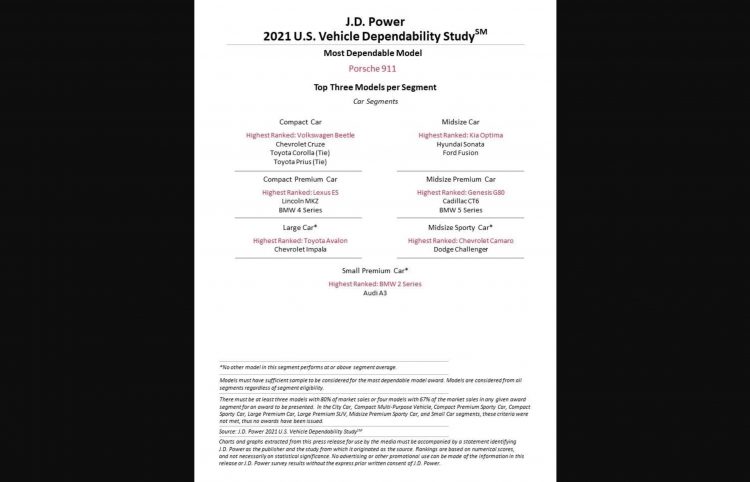 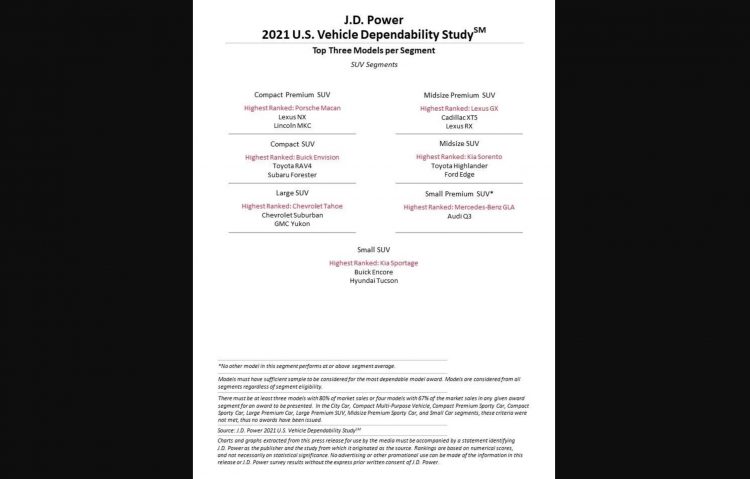