Lexus has revealed the new Lexus LF-CC concept car at the 2012 Australian International Motor Show in Sydney. The stunning coupe gives us a glimpse of the upcoming 2014 Lexus IS, from a design perspective. 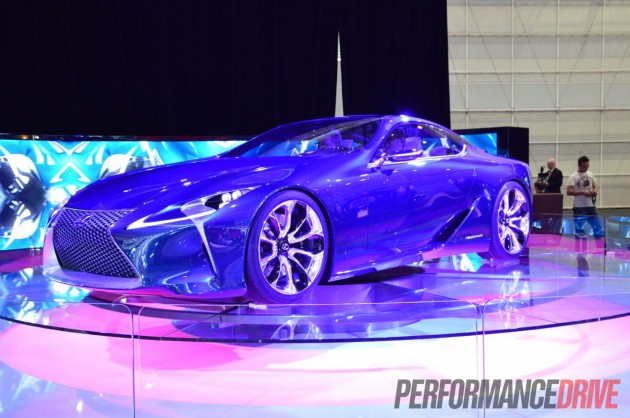 In the flesh, the LF-CC (Lexus Future Coupe Concept) is a beautifully elegant machine. It brings all of Lexus’s current and future design philosophies together, and blends them into a sleek and sexy two-door coupe.

As previously reported, the concept gives us all a preview of the next-gen Lexus IS range. Of course, the production car will be watered down somewhat compared with this dramatic one-off concept. The foundations of the design and mechanical layout are likely to remain though. 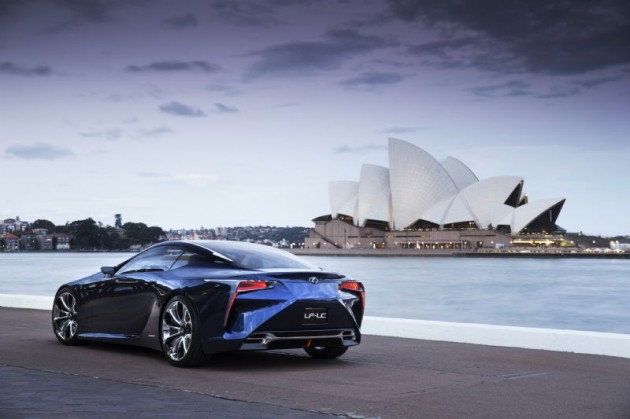 Power comes from a next-generation Advanced Lexus Hybrid Drive system in this concept, which produces an almighty 372kW of combined power. The next-gen IS is expected to come with a new 2.5-litre four-cylinder.

Inside showcases a futuristic dash design with similarly classy and modern sports bucket seats. There’s also two separate ‘zones’ including a Display Zone and a Control Zone, with one displaying information and the other for interactive functions. 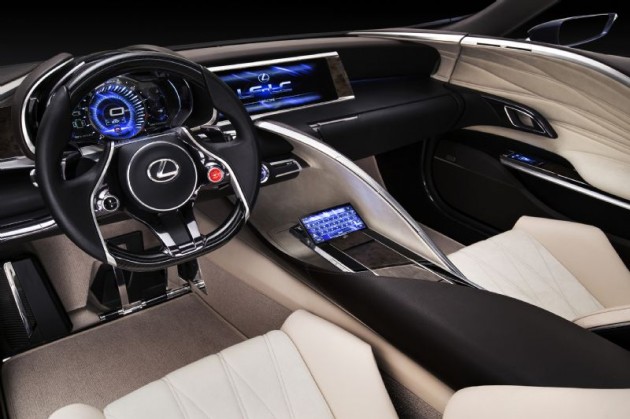 Tony Cramb from Lexus Australia recently spoke about the concept and its importance/relationship with production cars soon to be available in the showroom. He said,

“The LF-LC is absolutely stunning. Its good looks mask some very exciting design and engineering innovations that will influence Lexus vehicles in the future.

“LF-LC is part concept, part reality: the concept hints at what’s to come from Lexus, while the reality has us actively studying how we can engineer and build a vehicle like this in the future.”

The concept on display is presented in a cool blue exterior colour scheme unlike the gold/bronze version revealed earlier this year.