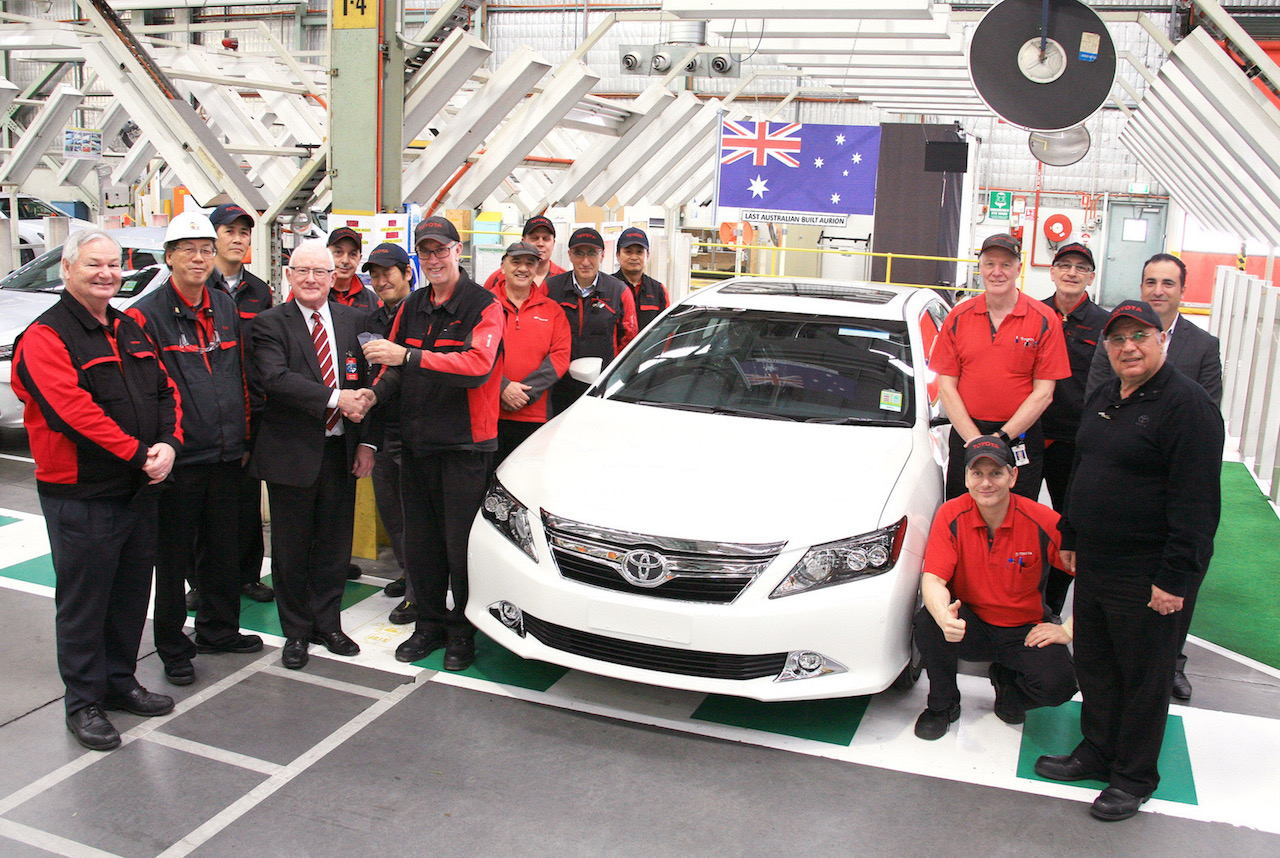 Sad times at Toyota Australia this week, as the last Aussie-made Aurion rolls off the production line at the Altona facility in Victoria. It follows the Ford Falcon, which went out of production last October, and will soon be joined by the Holden Commodore in terms of Australian-built cars. The Commodore will be the only nameplate to continue in this market, although it will be built overseas from next year.. 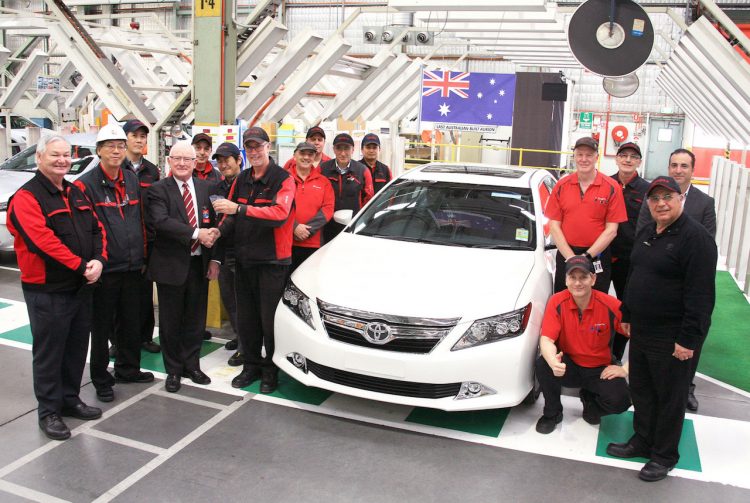 Toyota Australia has been producing the Aurion for 11 years, accumulating 180,000 units. Of these, 110,000 have been sold in Australia while the remaining 70,000 were built for export market. Sales have steadily declined over the past few years, as buyers turn to SUVs and smaller vehicles. However, so far this year (through July) sales are actually up 1.7 per cent on last year, with 1818 units compared with 1788 units. Total ‘Large Below $70,000’ market sales are down 25.2 per cent year-to-date.

When it was originally launched in Australia, the Aurion was the most powerful production passenger Toyota available. The engine, as today, is a 3.5-litre naturally aspirated V6 producing 200kW and 336Nm. It was Toyota’s answer to the big family six-cylinder sedans from Ford and Holden.

For those still wanting a large six-cylinder Toyota sedan, the local arm has confirmed the new Camry will be available with a powerful V6. It’s paired to a new eight-speed automatic with front-wheel drive, arriving in showrooms in November.

Toyota Australia’s production facilities are winding down to a complete close, with the Camry Hybrid to cease local production in September, with Camry petrol models to cease in October.

As for the final Aurion, it is a white Presaro variant, delivered to Chadstone Toyota. It’s unknown if it is already sold or if it will be kept for historic preserve.