The Nurburgring Nordschliefe in Germany was closed temporarily over the weekend while cleaners removed a large piece of graffiti on the track. The painted-on piece of ‘art’ appears to be in the shape of a large penis. 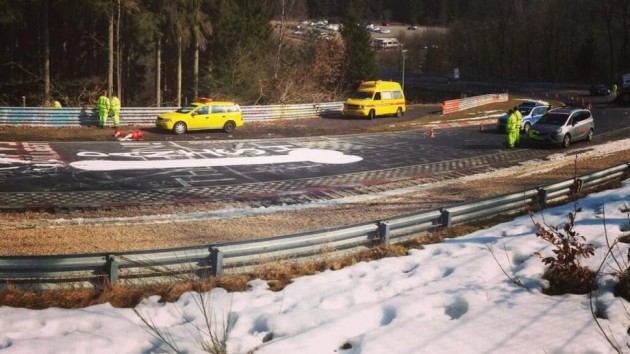 The Nurburgring has been home to graffiti artists for decades, with hundreds of spray painted and chalk-drawn ‘tags’ all over the track at any given time.

On this occasion, it seems artists went a bit too far. The penis apparently measured around 15 metres in length and four metres in width – quite a large scale, by any standard.

Obviously this sort of drawing is always going to cause a fair amount of offense and attract plenty of amusement, however, it’s the paint that had track operators worried. Anybody who has encountered a wet school zone painted-on road sign will know it can be quite slippery and dangerous.