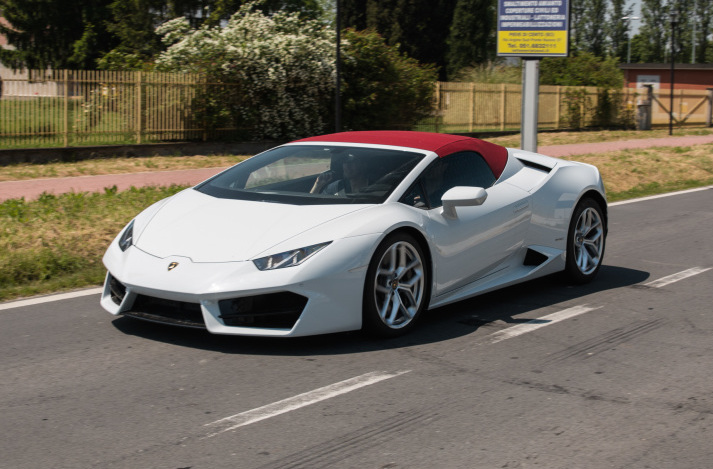 Only weeks after the release of the rear-wheel drive Huracan LP 580-2, the first spy shots of a possible Huracan 580-2 Spyder have hit the net. 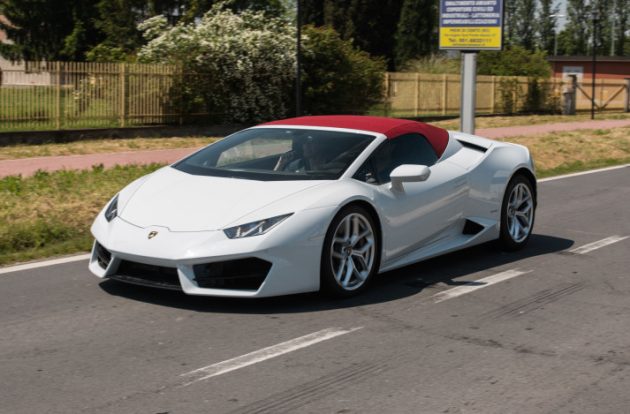 The spy shots show a Huracan Spyder prototype, dressed in white with a red fabric roof, in the latter stages of testing, a short drive from the Lamborghini factory in Sant’Agata Bolognese, Italy.

Lambo didn’t go to extreme (or any) lengths to disguise the Huracan ahead of its official debut, which has given us the chance to examine the finer details thanks to these images surfacing at Autogespot, via Huracan forum huracantalk.com

The front end design takes much inspiration from the refreshed rear-wheel drive LP 580-2 variant, hinting that we’re looking at the open-top variant of the 580-2. At the front are the larger and more squarish intakes, while the alloy wheels are updated to the latest design.

If Lamborghini’s past business model is anything to go by, it usually releases a drop-top version of every model about six months after the initial release. We’d expect the Spyder 580-2 to reach the public’s eye later in the year.

Lamborghini is also likely to introduce a more hardcore version of the Huracan in the near-ish future, following in the footsteps of the Gallardo Superleggera. With a stripped out cabin and more carbon fibre, and a slightly tweaked engine, it is set to be the quickest Huracan yet. 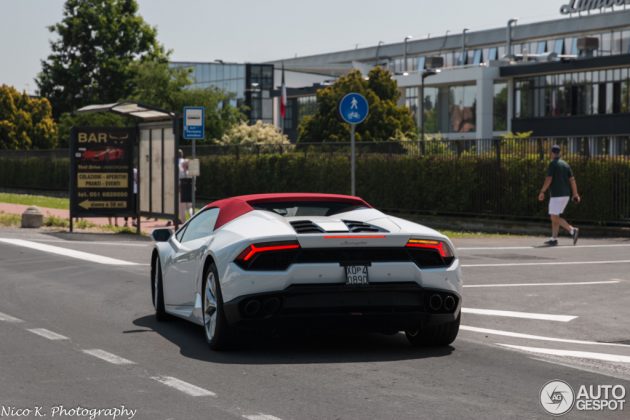