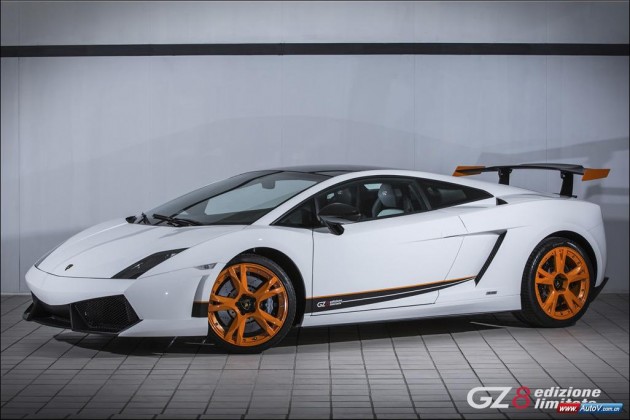 Featuring an obvious white and orange colour scheme, the GZ8 is rear-wheel drive, unlike most Gallardos, and comes with plenty of carbon fibre enhancements.

The first question that needs to be answered is what does GZ8 mean? The ‘GZ’ part is associated with the Chinese city of Guangzhou, while the ‘8’ simply refers to how many will be produced. 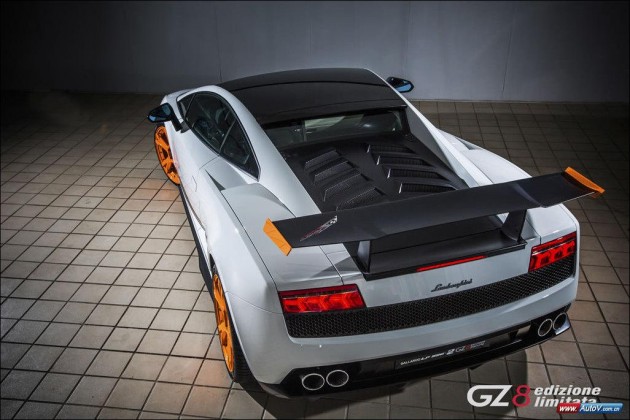 In terms of distinguishing features, there’s the special orange alloy wheels, a new larger rear wing made from carbon fibre that also gets orange winglets, some more serious side skirts, and a carbon engine cover.

Under the engine cover sits a 5.2-litre V10 engine producing 550PS, or 405kW to us Australians. Acceleration times for the 0-100km/h sprint haven’t been mentioned, but it’s a fair bet to suggest it would happen in under 4.0 seconds.