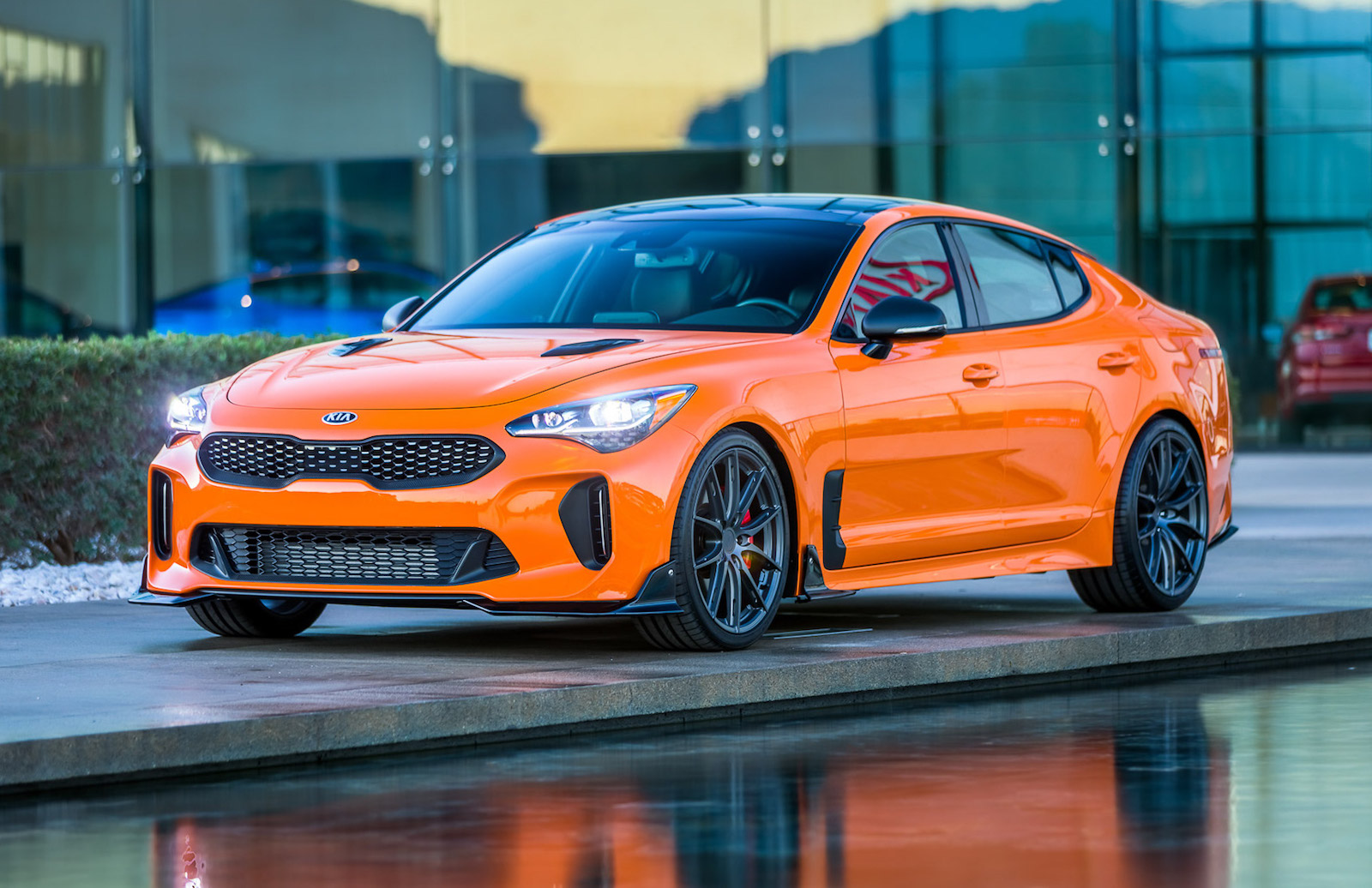 Kia has been working on a neat Stinger GT tuning project for the 2017 SEMA show, showing us the enhancement potential of the trending four-door coupe. 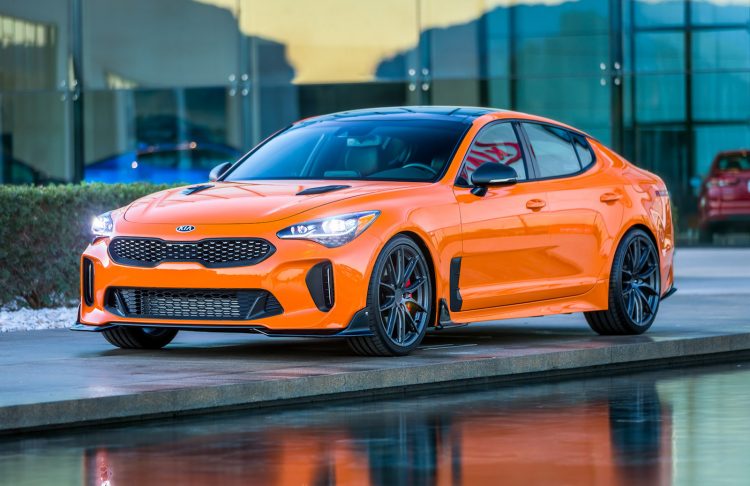 The Kia Stinger has shaken the automotive world like nobody expected, with its range-topping twin-turbo V6 capable of crushing 0-100km/h in just 4.9 seconds. For the SEMA show, Kia of America has created this bright orange show piece.

Called the Stinger GT Federation, the unique version is enhanced with various parts from aftermarket suppliers. For the visuals, there’s a subtle aero kit by Air Design USA, which comprises of a front lip spoiler, side skirts, bonnet vents, and rear spoiler and diffuser. 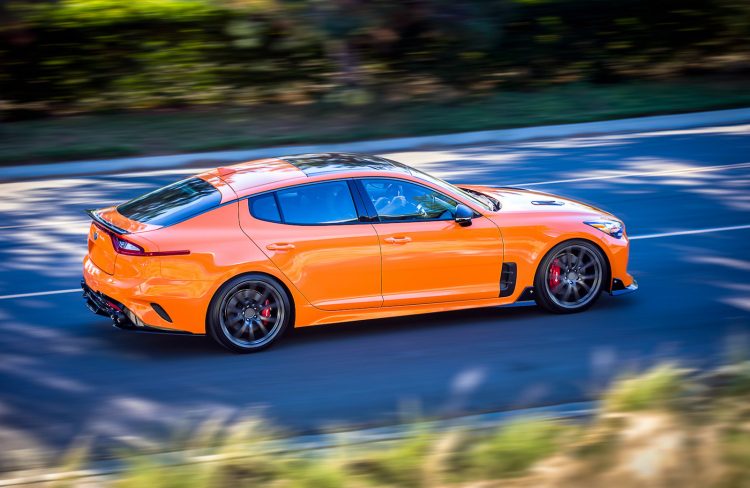 Also helping with the cosmetics are a set of 20-inch TSW alloy wheels with staggered widths front and rear. In dark charcoal, these go perfectly with the black aero garnishes.

Under the bonnet the 3.3-litre twin-turbo V6 is given a K&N cold air intake system, while engine breathing is made more easy thanks to a low-restriction Borla exhaust system with quad tips. Kia says these changes give the engine 15 more horsepower, which translates to around 11kW, or 283kW in total.

Although punters can’t buy this package from the dealership as a turn-key product, buyers can of course go out and purchase these items to create a replica. To refresh your memory, the Stinger is on sale in Australia now. Head over to our news story here for the full prices and local lineup.