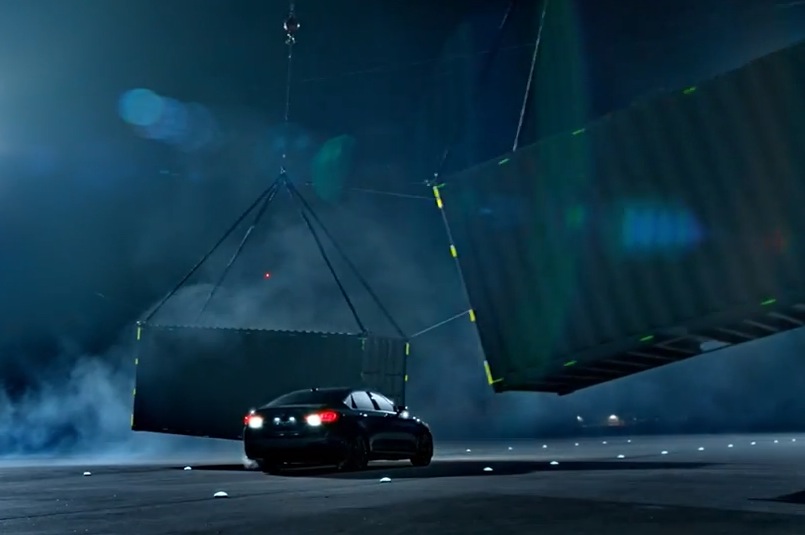 As part of a daring marketing campaign for the sharp new Hyundai Genesis sedan, the company’s ad team grabbed race driver Rhys Millen and asked him to do a bunch of risky stunts in the middle of the night. 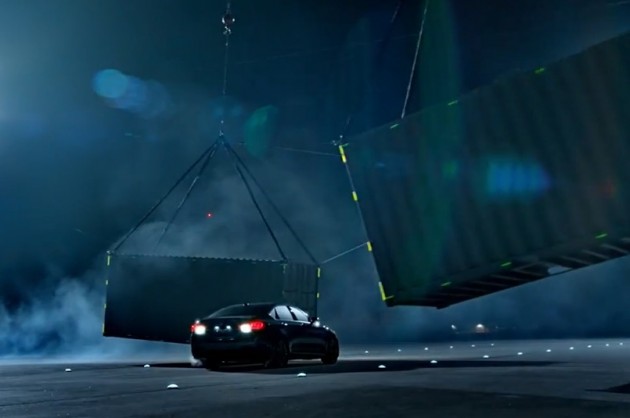 Hyundai wants to show off its latest technology which is featured on the Genesis, so instead of blurting out a whole bunch of meaningless acronyms and technical jargon, what better way to introduce the systems than by demonstrating them in elaborate ways.

The first video, ‘The Spikes’, shows Millen driving through, you guessed it, some dangerous pointy spikes. Fitted with the latest lane keeping assist program, the Genesis is able to point the steering wheel in the right direction, automatically. Take a look below.

The next one demonstrates Hyundai’s auto emergency braking technology. Millen is directed to drive straight into the back of a big, hard Cadillac, without touching the brake pedal. Was there a massive impact? Take a look how it turned out below.

The last one, and our favourite, shows the Genesis’s ability to reverse from car parks and help the driver avoid collisions with cross-passing traffic. Instead of passing cars though, Hyundai decides to use a gauntlet of swinging shipping containers, and Millen has to drive through the middle. Sounds like fun?

The 2015 Hyundai Genesis is the most advanced vehicle from Hyundai and it is expected to make a decent dent in the premium sedan segment. It will go on sale in Australia in July. Prices are yet to be announced.