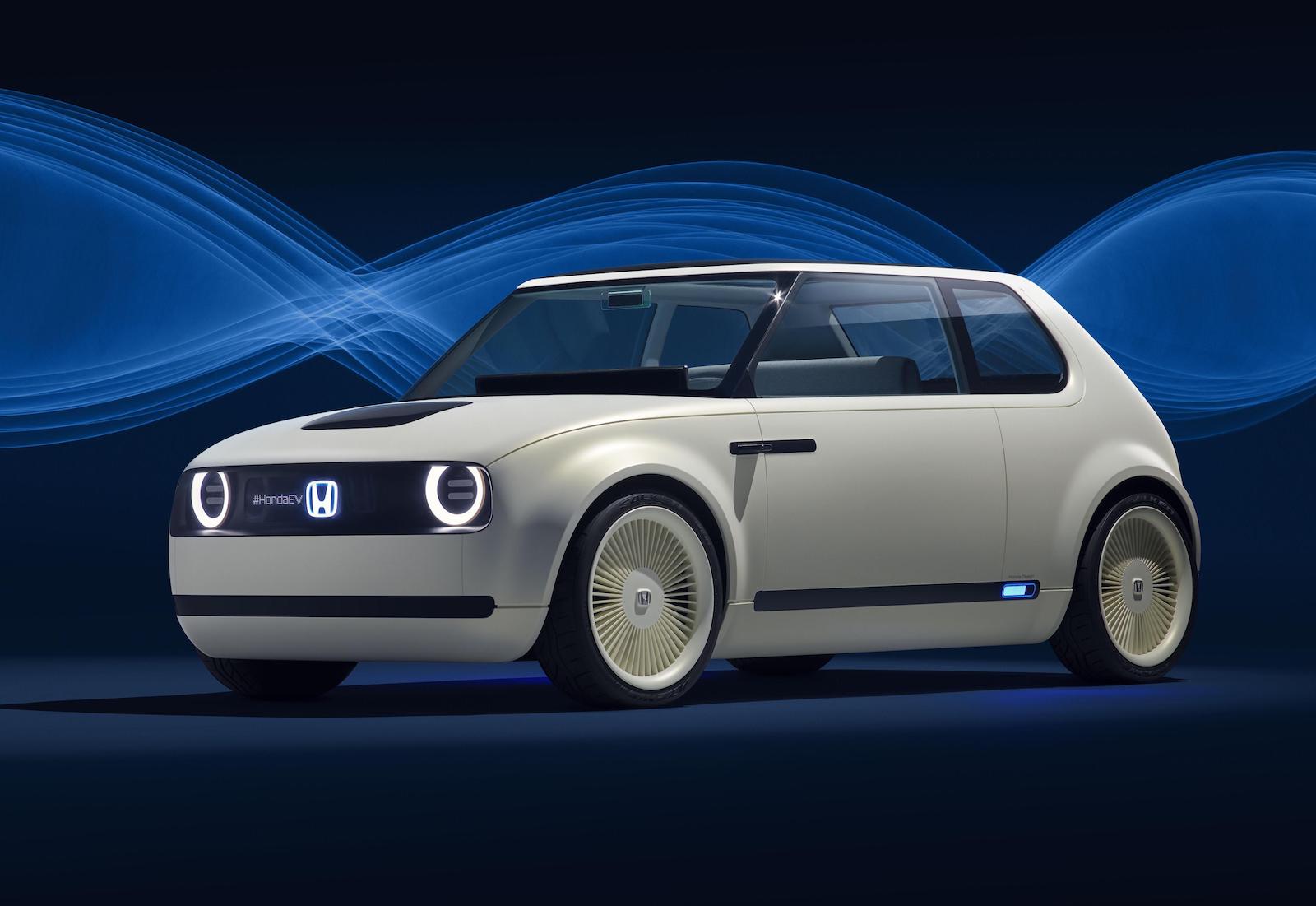 How’s this for a nice little blast from the past? Honda has created a unique ‘Urban EV’ concept for the Frankfurt motor show, which previews a production model destined for 2019. 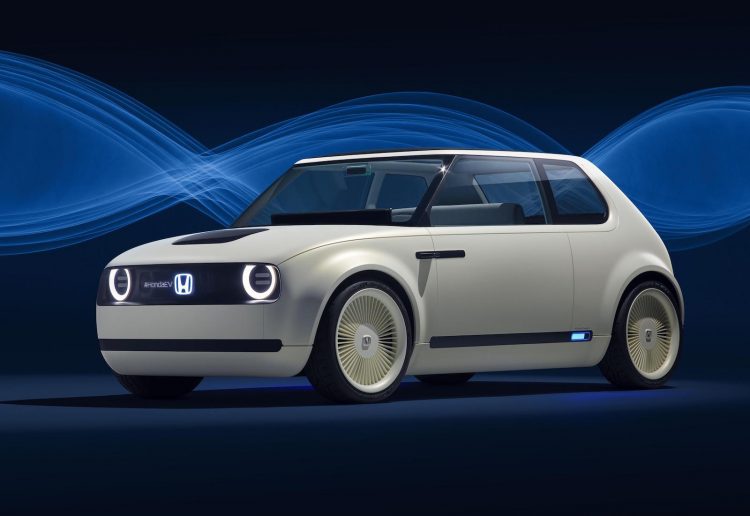 The retro-looking concept harks back to the first generation Civic, showcasing cute proportions, a swept-up C-pillar with black A- and B-pillars, and a total length of just 3928mm – that’s 100mm shorter than the current Jazz. Despite its tiny dimensions, the presence is certainly there, with a distinct muscular attitude.

With the large wheels placed as far out toward the corners as possible, the pumped wheel arches, and the forward-leaning, ready-to-race profile, the Urban EV concept looks like it would be a lot of fun to drive, just from looking at it. There are some modern design touches in there though, such as the H badge at the front which is backlit in blue. It’s a hint of things to come for Honda’s future electric vehicles.

Inside it’s a similar blend of retro yet extremely modern design, with wood finishes for the dash, a clean layout for the controls, and a panoramic display screen. The dash is designed to merge with the door trims, with digital cameras replacing side mirrors. 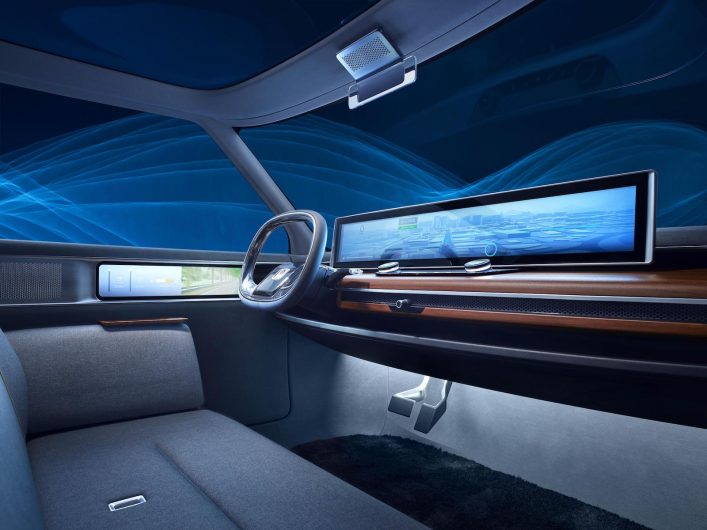 Details on the power propulsion unit haven’t been disclosed, but the company says it can be paired with a new Honda Power Manager, which is a smart energy storing system that also releases electricity generated by renewable sources back into the home or into the grid. Some of the powertrain highlights include a lightweight battery pack, integrated heat management, and advanced energy transfer to and from the car.

And best of all, in our opinion, Honda is planning to put this little beast into production. Honda president and CEO Takahiro Hachigo said in statement that, “This is not some vision of the distant future; a production version of this car will be here in Europe in 2019.”

Tell us your thoughts. Would you be interested in a little electric hatch that went well and looked like this? Only problem is, it looks like it should emit a cool rally-car exhaust note.