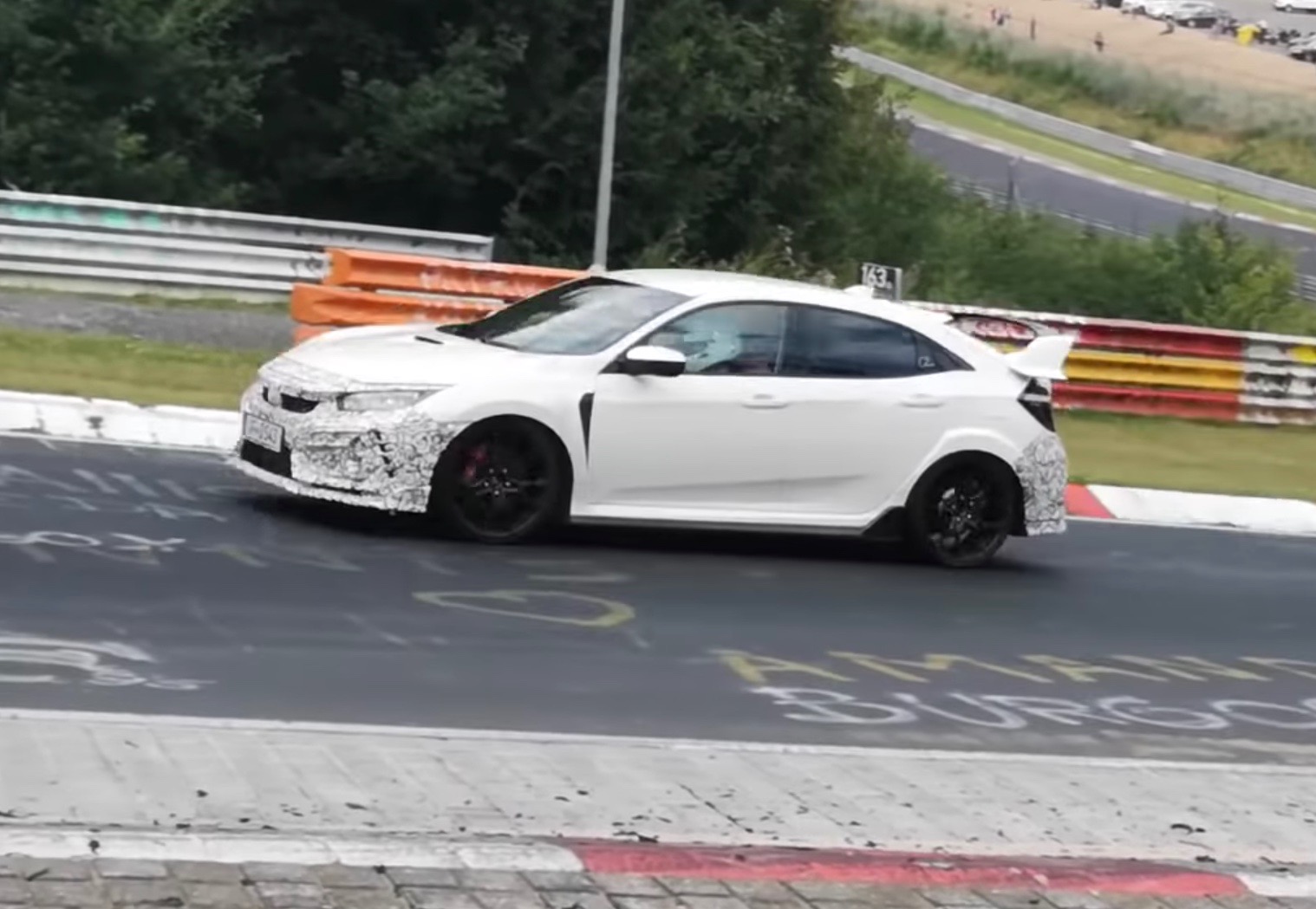 You might remember reports of Honda developing a mild facelift for the fantastic Honda Civic Type R. Well, a spy photographer has now caught Honda in the act. 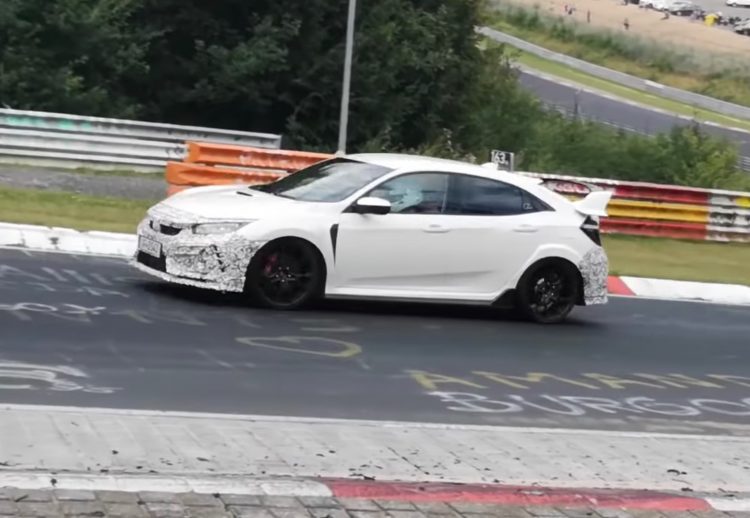 It looks like the update won’t be just a cosmetic change as originally thought. Until now, it was thought Honda was simply going to give the Civic Type R some updated convenience features, such as a proper volume knob for the media system like in the latest CR-V, as well as some minor cosmetic tweaks inside and out.

Now that Honda has been spotted at the Nurburgring, it likely means it is planning some more serious mechanical upgrades for the record-breaking hot hatch. Testing at the Nurburgring usually means a major model update, or at least some new parts that need to pass through the ultimate gauntlet.

Honda currently holds the lap record around the circuit, for a production front-wheel drive vehicle. It clocked a lap in just 7:43 last year. With the incoming threat of the new Renault Megane RS Trophy, revealed last week, perhaps Honda is doing some fine-tuning to make sure the Civic remains at the top of the leaderboard? 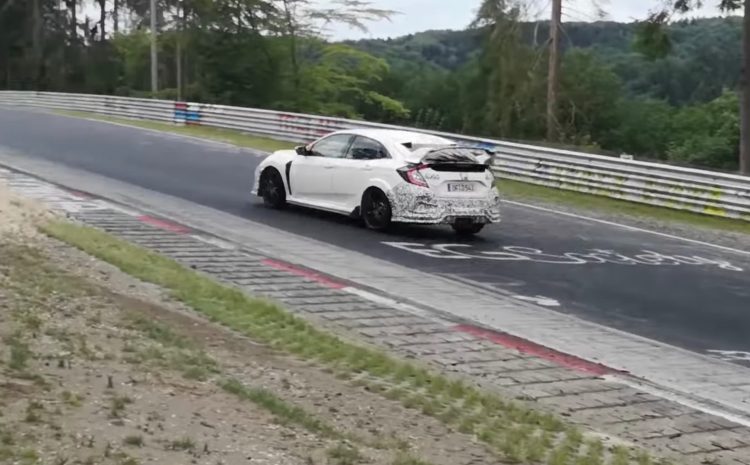 In the video two prototypes are spotted. They look pretty much the same as the current model, however, there is some camouflaging wrap applied to the front bumper. This suggests some revisions could be in store for improved aero, or even improved intake and airflow control to the engine.

It doesn’t look like there are many changes around at the back, with the same huge wing mounted on the tailgate, although further camouflage wrap is applied to one of the prototypes. There’s always the chance engineers have made some adjustments to the suspension too, but we’re not sure what else could be done there as the current model already offers a superb balance between comfort and handling.

There have been rumours of a lightweight, slightly more affordable version being in the works, but Honda is yet to confirm. We’ll have to wait and see. In the meantime, check out the spy video below and see what you think.