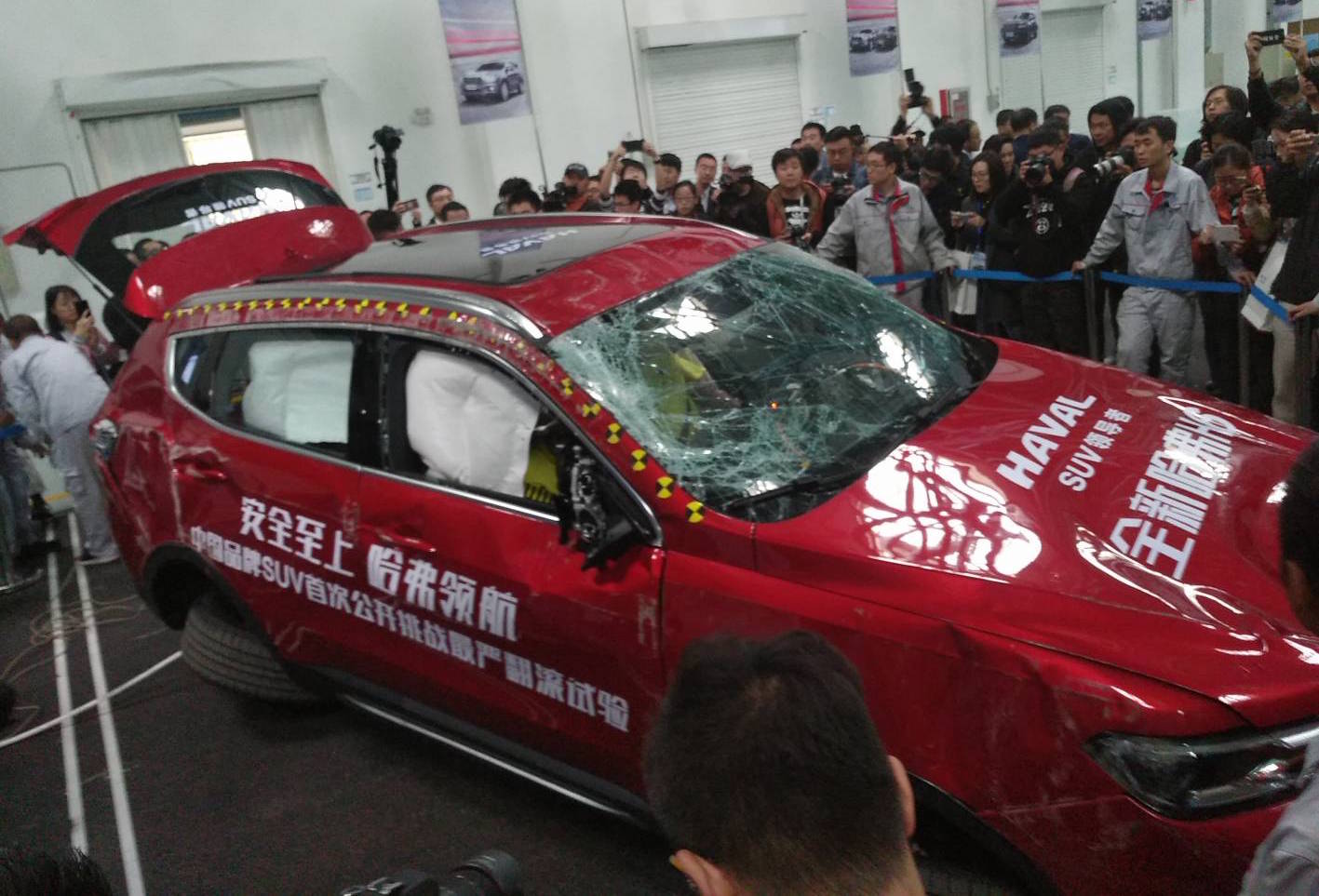 The China Automotive Technology and Research Centre (CATARC) has conducted its first roll-over crash safety test, and the first vehicle to take part and pass, was the latest Haval H6. 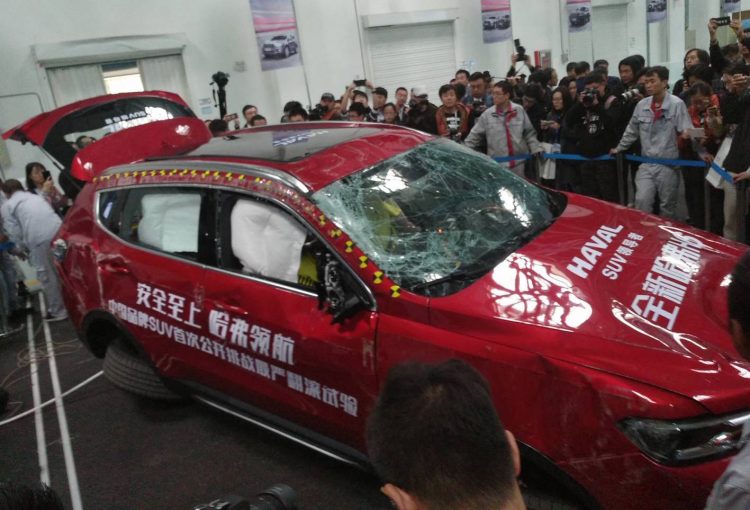 The safety group conducted the demonstration in front of the public, with a crowd of around 200 gathered including media and industry experts. CATARC claims the test uses a criteria that’s more stringent than similar tests conducted in Europe and the US. Speaking about the event, CATARC spokesperson Zhang Jianwei said:

“Rollover crashes are typically more likely to occur among vehicles with higher ground clearance. Given the growing popularity of SUVs in markets such as the US and Australia, the safety performance of rollover testing is critical.”

In the test, conducted at 50km/h and with a H3 dummy inside (equivalent to a short female), the Haval H6 returned good results across the four main criteria. These include assessing the body structure, the restraints, the injuries sustained, and the crashworthiness which looks into things like the ability to open doors and the containment of fuel.

In Australia the only Haval model to be tested by ANCAP is the H9. Tested in 2015, it received a final standing of four stars out of five. The overall score was 30.65 out of 37.

At the time of writing the H6 hasn’t been tested by ANCAP. It’s available in two trim lines in Australia, ranging from the Premium to the Lux. Both use a 2.0-litre turbo-petrol producing 145kW and 315Nm, hooked up to a six-speed auto with front-wheel drive only. Prices start from $31,990 (excluding on-roads).