Here’s an interesting tuned 997 Porsche 911, and an especially tantalising one for those who recognise/love the classic Gulf Racing livery. 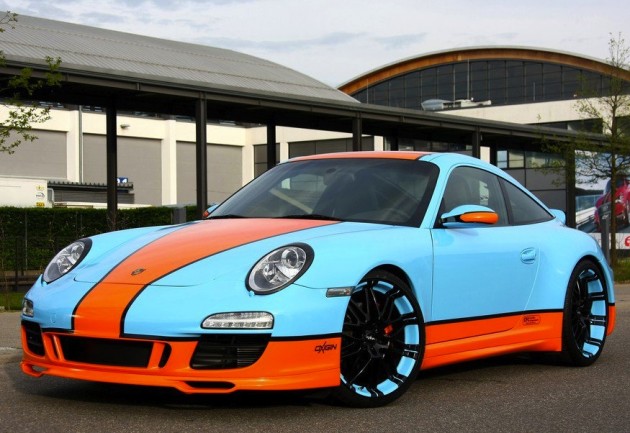 The soft blue and orange colour scheme was extremely famous back in the Sixties and Seventies. It was the major sponsor for various Porsche racing cars and other Le Mans specials, such as the Ford GT 40.

The owner of this 997 decided to reignite the classic theme and adapt it to a Porsche 911. The 911 underneath appears to be the 911 Sport Classic special edition, making this even more desirable.

Likely based on a wide-body Carrera 4 – also what the Sport Classic is based on – the Gulf Racing 997 Porsche 911 features a GT3-style rear bumper bar with heat-extraction vents in the rear corners. 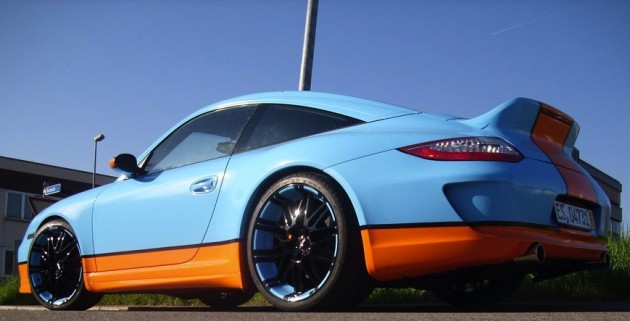 The wheels may seem a bit too ‘modern’ for this theme, however, the 911s of the day did actually feature two-tone black/chrome Fuchs – a kind of modern interpretation? Maybe the blue sections should be in chrome?

As far as we know, there are no other major engine modifications on the project. What do you think of it though? Do the retro colours work on a modern car?