Gemballa has announced one of its latest creations is now on sale; the Gemballa Tornado. Featuring a comprehensive carbon fibre body conversion, the performance SUV is transformed into a supercar in its own right. 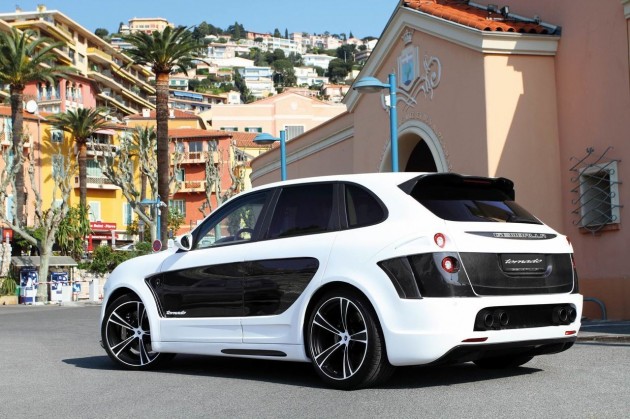 Almost every panel on the Cayenne-based monster is swapped for a custom carbon fibre item. The bonnet, doors, parts of the sill panels, the front guards, and even sections of the tailgate are made from carbon fibre. These parts represent a 70kg reduction in weight, boosting the SUV’s performance.

Inside, Gemballa has completely reupholstered the trim in brown Alcantara and quilted leather, covering the sports seats, the dash, and centre console. Even the steering wheel is wrapped in the soft and luxurious combination. 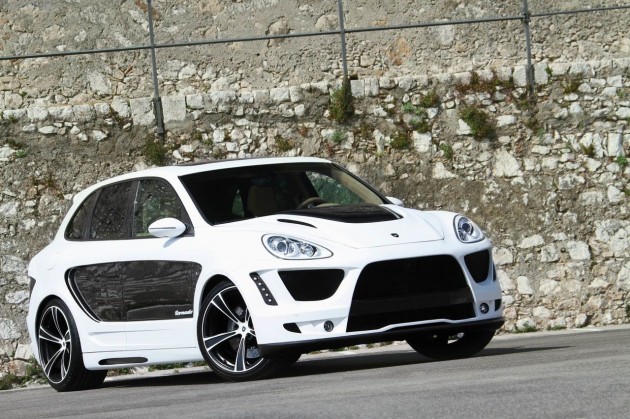 On the outside, the most of the body is painted in a matt white colour, contrasted by the various bits of exposed carbon fibre. Providing further highlight are the set of 10.5-inch front and 12-inch rear alloy wheels which are 22 inches in diameter.

Under the bonnet, the factory 4.8-litre twin-turbo V8 has been tuned and features a valve-operated larger exhaust system. The V8, which produces 368kW in factory guise, now develops around 700hp (522kW).

Whether you think it’s a bit over the top or not is one thing, but if you’re after a vehicle that will stand out in a crowd, this is bound to deliver.

Gemballa offers the complete conversion for the Porsche Cayenne. Prices depend on the Cayenne model to be converted. To give you a bit of an idea though, this exact example here is now up for sale through Gemballa on JamesEdition.com, priced from 402,676 euros (approximately AU$495,614).