Ford has unveiled its latest project to adopt the ‘EcoBoost’ nomenclature. Meet the EcoBoost Daytona Prototype, which will compete in the 2014 Rolex 24 Hours of Daytona race. The engine powering the prototype will also compete in the full 12-race TUDOR United SportsCar Championship series next year. 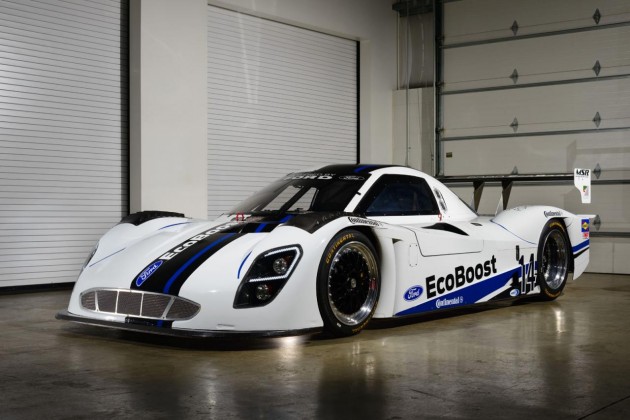 Featuring obvious ‘EcoBoost’ decals, the new car is prepared to boost branding awareness for Ford’s latest technical philosophy. It is powered by an EcoBoost engine too, which further reiterates the company’s commitment in honing efficient yet powerful engines.

The Daytona Prototype uses a 3.5-litre EcoBoost V6 racing engine using direct injection and turbocharging technology. Specific outputs haven’t been mentioned, however, the engine will compete along side many high-powered V8s in the series. Jamie Allison, director at Ford Racing, recently said,

“At Ford Racing, we really put great emphasis on racing production-based vehicle as well as production-based technologies. We’re proud to bring a direct-injected, twin-turbo 3.5-liter V6 EcoBoost engine to the United SportsCar Championship in a field of competitive V8-powered entries. We want to show Ford EcoBoost’s capabilities as an engine that provides both performance and fuel economy, on and off the track.”

Later this month, the team – consisting of Michael Shank Racing, Ford Racing, and Continental tyres – plans to break the track speed record at the ‘World Centre of Speed’ at Daytona by pushing beyond 338.548km/h. They hope to surpass the speed, which was achieved in 1987 by Bill Elliot in his Ford Thunderbird. Practice attempts will take place on October 9. 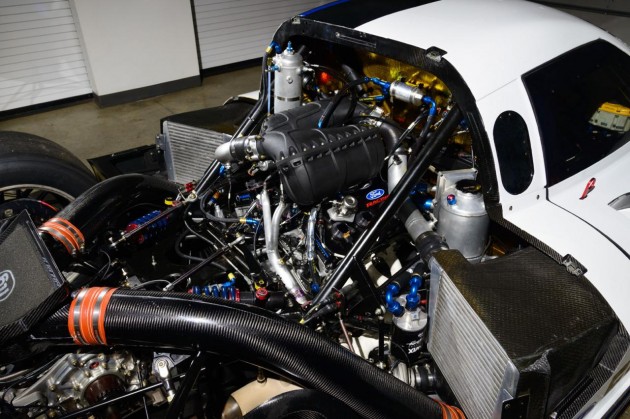