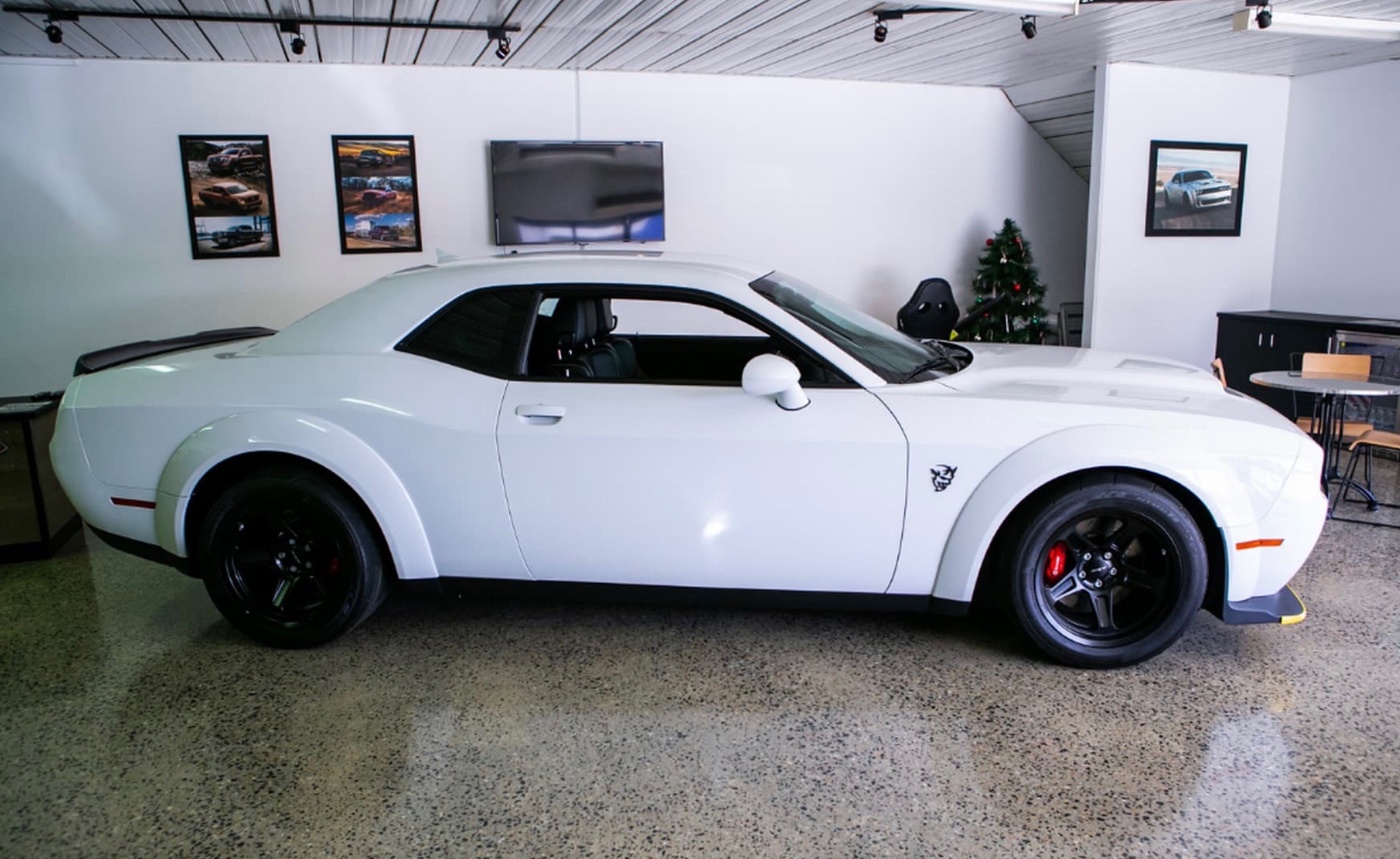 If you’ve always wanted the most powerful production car in the world, an opportunity has just popped up that could get you closer to that dream. Yes, it looks like there is a Dodge Challenger SRT Demon on sale in Australia. It has just 22km on the clock. 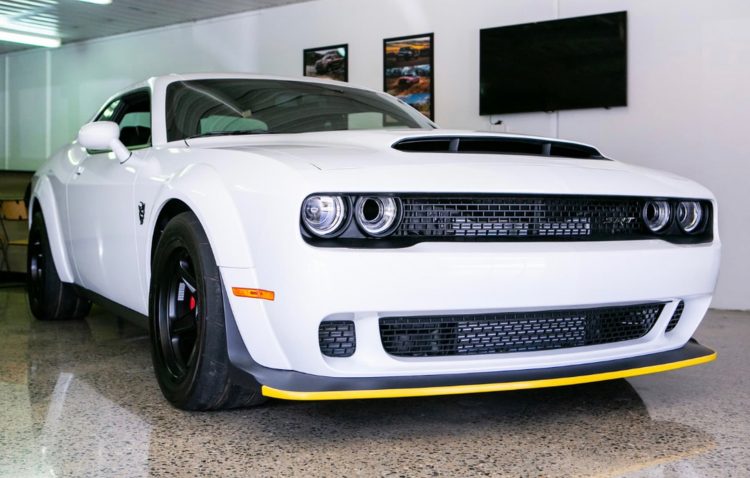 According to the advertisement the car is an MY2018 version and wears the build plate #3300. Dodge only planned to make 3300 examples, with 3000 for the US and 300 for Canada. So this could be the last Demon ever made. For some reason it’s right here in Australia. However, it’s technically not the last version made. Dodge also made a special black example which was sold off at a Barrett-Jackson auction, featuring the VIN: 2C3CDZH97JH103314. There may have been others produced in between as well. Still, it’s close enough. And the fact that it wears ‘3300’ is pretty cool.

To refresh your memory, the Dodge Challenger SRT Demon is one of the most powerful production cars in the world, and certainly the most powerful sedan-based coupe. It features a 6.2-litre supercharged V8 that belts out up to 627kW and 1045Nm (on 100-octane petrol). This is sent through a ZF-based eight-speed automatic transmission fitted with a transbrake function for lightning launches.

Across the quarter mile the beast can stop the clock in 9.65 seconds, with 0-60mph (97km/h) coming up in a ridiculous 2.3 seconds. The Demon is able to pop a wheelie off the mark, and offers the highest acceleration g-force of any production car in the world, at 1.8g, according to Dodge. 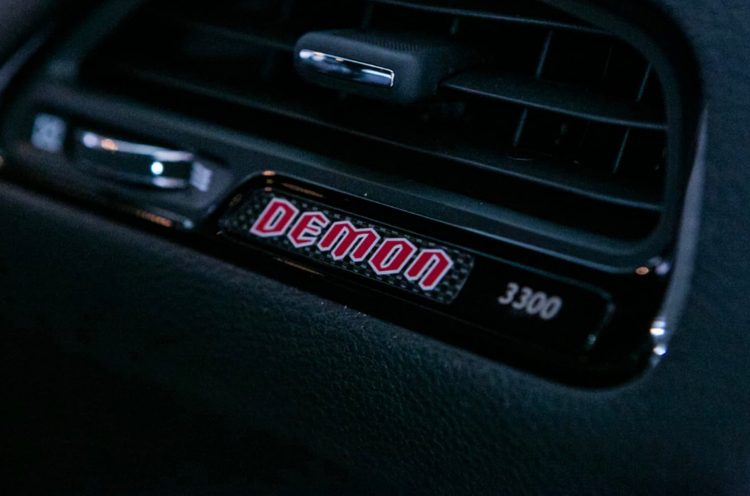 With these numbers, it is the quickest production car in the world, ever, across the quarter mile. It’s also the most powerful road legal muscle car to ever hit the new car market, and it’s in the Guinness Book of Records for a first-ever front wheel lift of 2.92 feet, off the mark.

The car in Australia is apparently the only one in the country at the moment. It’s still in left-hand drive, although the seller says a conversion can be done for right-hand drive. However, it’s not recommended due to the rarity, being one of the last production examples. 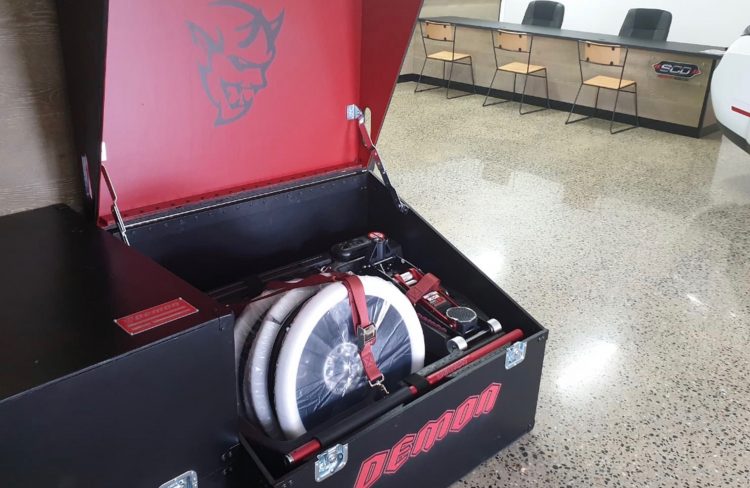 So, how much? Well, it ain’t cheap. You’ll need to part ways with AU$450,000 to own it. But given the bragging rights in comparison to some similarly-priced supercars, it’s not a bad deal we guess. The fact that it’s probably not the last version made could take away some of the collectors’ appeal, too. What do you think?

Head over to the carsales ad for more info. It looks like it comes with the full ‘Demon Crate’ kit, including floor jack, ECU switch to run on 100-octane petrol, and higher-flowing air intake system, among other things.