Now here’s an interesting one. It’s a 1993 Mazda RX-7 that has received a V8 Chevrolet LS1 engine conversion. It’s currently up for sale in the US showcasing a neat presentation and mild styling tweaks. 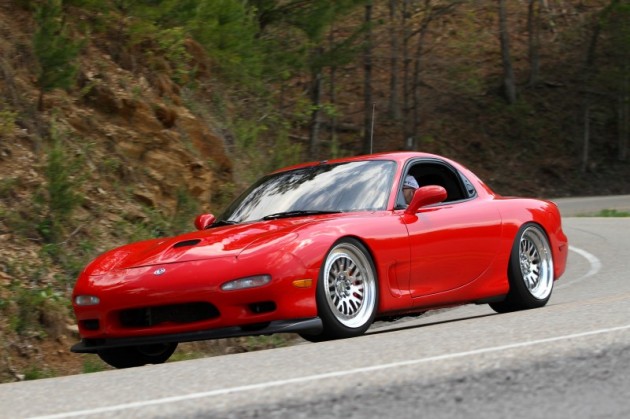 It’s sure to get the diehard fans up in arms, as you’re either a rotary man or a V8 man. If you’re on the fence, like the owner of this RX-7 obviously is, you can blend the two together. Kind of. The car was recently posted for sale on a Teamspeed forum.

The Mazda RX-7 is praised for its excellent handling and super-sexy low profile looks. Power comes from a 13B twin-rotor twin-turbo rotary engine, producing around 206kW of power – depending on the specific variant.

This example though, it features the V8 engine from a 2001 Chevrolet Camaro. It also features the four-channel switchable traction control and ABS electronics, as well as the Chevrolet body control module for keyless entry. 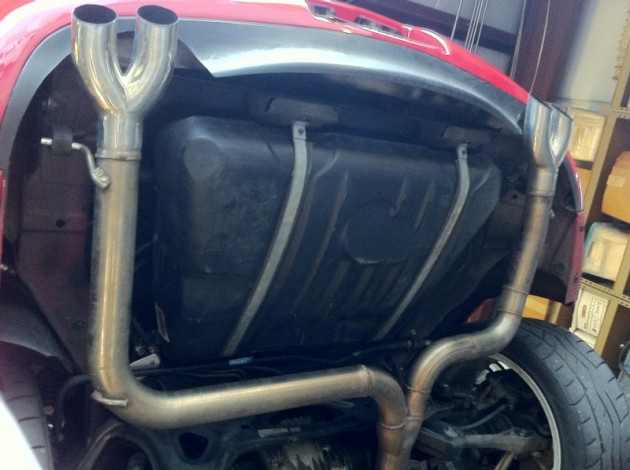 Underneath, the RX-7 LS1 conversion comes with an F-body plastic fuel tank over the standard metal type. The owner says that not only does this eliminate the possibly of rust, but that it is also essential for a separated dual-outlet exhaust system.

As for the engine, it has been fully rebuilt by Next Level Performance in the US. It comes with a mild cam, Chevrolet Corvette Z06 heads which have been ported for increased flow, and a set of forged pistons. There’s also a full exhaust system with JTR headers for that crisp V8 sound – sure to confuse onlookers. 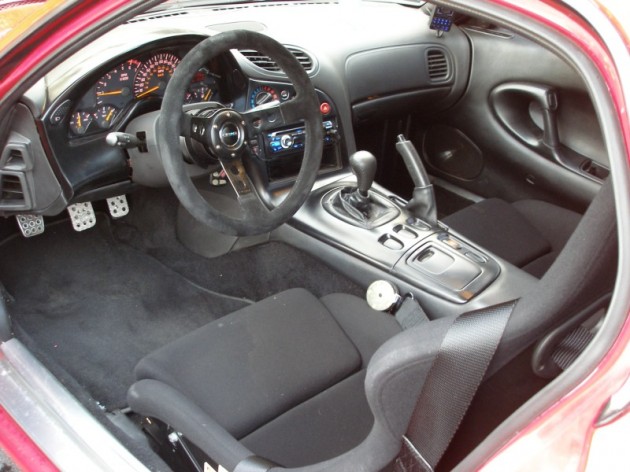 Inside, there’s all new carpet, racing Recaro Pole Position SPG bucket seats, an instrument cluster from a Firebird which allowed the steering column to be shifted up for more legroom, and an NRG sports steering wheel.

As for the styling, the owner has fit 18 x 10-inch front and 18 x 11-inch rear CCW Classics alloy wheels, a BC Racing coilover adjustable suspension kit, and a Shine Auto lip spoiler at the back.

The owner says the V8 converted RX-7 has run 12.4 seconds on the quarter mile before the ported heads were added. During that point the car made 270kW on the dyno. After the heads were fitted, the car has since made 292kW and 525Nm.

Overall it looks like a very thorough conversion. The owners says the car is always garaged, and that it is only driven around 5000km per year.

Head over to Teamspeed to check out the full details.