An immaculate 1990 Ferrari F40 is up for sale and it’s right here in Australia. It’s one of just 1315 examples ever built, helping celebrate the 40th anniversary of Ferrari. 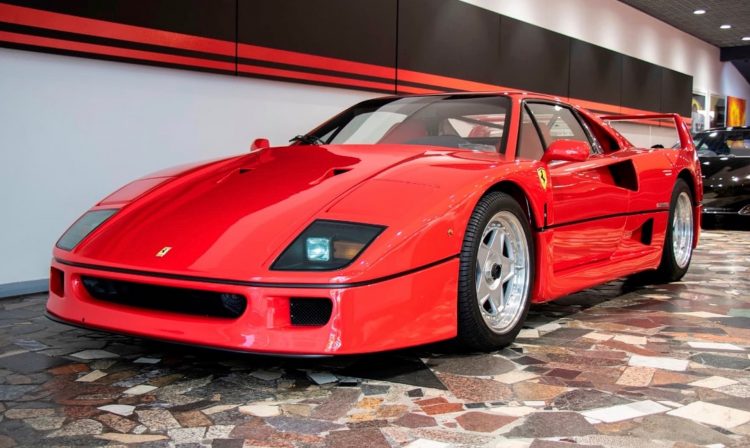 The Ferrari F40 is one of the most well-known and most iconic supercars of all time. Even if you’re not interested in cars at all, chances are, you’ll know immediately that this is a Ferrari. Not only that, the F40 was the last Ferrari vehicle personally approved by the founder of the legendary marque, Enzo Ferrari, before he passed away in 1987.

This example up for sale, in the traditional Rosso Corsa red colour and in left-hand drive, was originally registered in Italy before being purchased by an enthusiast and collector in Japan. It since made its way to Melbourne around 11 years ago, and has undergone extensive servicing and some restoration.

Some of the restoration includes a resprayed body, while the engine has been fully serviced and had the cam belts changed, while the fuel tanks have also been replaced. As a result it has been given Ferrari’s Certificato di Autenticità (authenticity certificate). 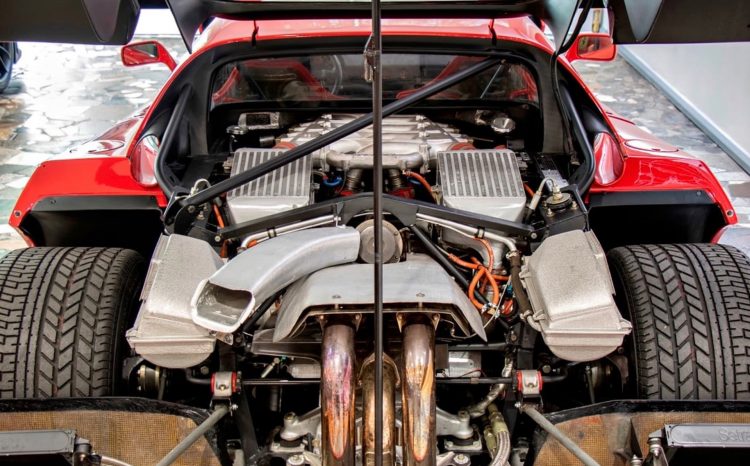 Those output figures might not seem that impressive by today’s standards, but in the late 1980s it was incredible. And keeping in mind the F40’s body is made from Kevlar and carbon fibre, with a lightweight tubular chassis, the engine doesn’t have to haul much weight. In fact, the dry weight is around 1100kg, or around 1250kg for kerb weight.

Needless to say the power-to-weight ratio is awesome. Renowned German car magazine Auto Motor und Sport has clocked an example covering 0-100km/h in 4.6 seconds, with 0-200km/h coming up in a remarkable 11.0 seconds. It also recorded a top speed of 321km/h. Ferrari claims figures of 4.1 seconds for 0-100km/h and a top speed of 324km/h.

You could test the performance yourself if you have a spare AU$2.4 million. Yep, the asking price us AU$2,390,000, including GST. More info can be found at the listing right here.